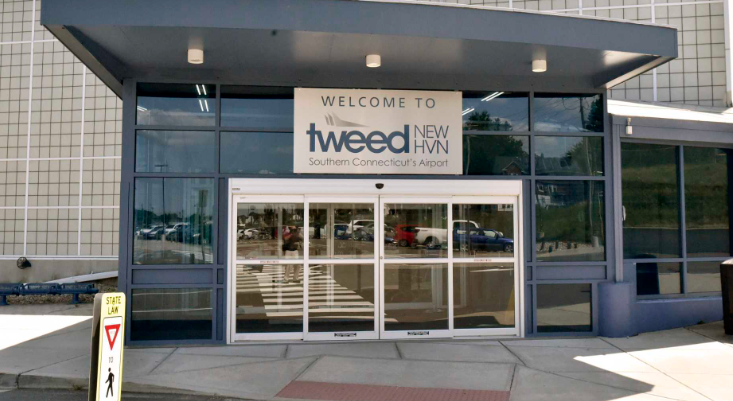 With fifteen days to go in the 2022 legislative session, East Haven State Representative Joe Zullo (R, 99) and State Senator Paul Cicarella (R, 34) teamed up with East Haven Mayor Joe Carfora to rail against a forty-six-page proposed bill that, among many things, would entirely exempt Tweed Airport from the oversight of the Connecticut Airport Authority.

Zullo explained, “Proposed house bill 5308 threatens to eliminate the Connecticut Airport Authority’s critical oversight function when it comes to Tweed Airport.  If passed, Tweed would be the only airport in the State to enjoy an exemption from the authority’s oversight.  It is hard to imagine any good faith justification for such an exemption, given that it would eliminate a critical regulatory and oversight hurdle at the precise moment that the airport is seeking to advance its expansion agenda.”

Cicarella added, “Expediency should never be prioritized over safety.  It may be easier and more convenient for Tweed to operate outside of the Connecticut Airport Authority’s jurisdiction.  However, that jurisdiction was put in place as a safeguard and to ensure that Connecticut airports have proper oversight.  Taking that oversight away poses a serious safety risk that shouldn’t be taken lightly.”

Carfora noted, “Just over two weeks ago, I made it clear that the Town would not sit idly by and allow expansion of the airport to jeopardize our residents’ quality of life.  I remain committed to fighting to ensure that East Haven is treated fairly in this process.  However, proposed bill 5308 raises fundamental fairness concerns for Tweed, the Town of East Haven, and airports across the state.”

Proposed house bill 5308 spans 46 pages and over 1,217 lines.  However, buried in the bill is language that, if passed, would declare Tweed Airport and the Tweed Airport Authority to be independent of the jurisdiction of the Connecticut Airport Authority (the “CAA”).  The proposed carveout would eliminate the CAA’s “power to inspect or approve any alternation or extension of the Tweed-New Haven Airport.”

Zullo questioned, “Why are we eliminating a vital oversight function at the precise time that the airport is proposing a massive expansion?  Residents have raised valid safety, environmental, and quality of life concerns about Tweed’s proposed expansion and it’s alarming that, with those concerns growing louder each day, anyone would propose less oversight of the airport’s functions.”

Carfora explained, “Residents are justifiably concerned about the safety of the airport and the impact that proposed expansion will have on surrounding neighborhoods.”

Zullo, Carfora, and Cicarella declared jointly, “We cannot and we will not endorse proposed house bill 5308 because, as currently written, it compromises residents’ safety and reduces transparency.  The CAA’s oversight is in place to help ensure that airports function safely and the elimination of that oversight, with respect to Tweed, is fundamentally unfair and alarming.”

Proposed house bill 5308 cleared the State’s Transportation committee 35-0, with one member absent.  However, passage out of committee is often a bipartisan commitment to continue an important conversation.  Both Rep. Zullo and Senator Cicarella opine that the bill will receive much stiffer scrutiny if it is raised in either the House or Senate.

Zullo explained, “I am committed to doing everything I can to protecting the safety of those affected by the airport’s operations and its proposed expansion.  I have grave concerns about house bill 5308.  If the proposal is raised in the House, residents can count on me to be a strong voice in opposition to the bill and in favor of preserving the CAA’s jurisdiction over Tweed.”

Cicarella explained, “If and when we debate this proposal, I will shine a bright spotlight on the safety and fairness concerns the bill raises. Those residents living around the airport can rest assured the bill will be the subject heavy scrutiny and intense debate if it gets raised. The safety and quality of life of those living around Tweed is an absolute priority for me.”

Zullo and Cicarella concluded, “In the coming days, we will be working together and reaching out to members in both the House and Senate to lobby for this bill to either be rejected or amended.  We are excited to have support from Mayor Carfora, who continues to work with us, from across the aisle, to oppose this shortsighted proposal.  Together, we are all committed to doing everything we can to protect the best interests of those living around the airport and of the entire Town of East Haven.”