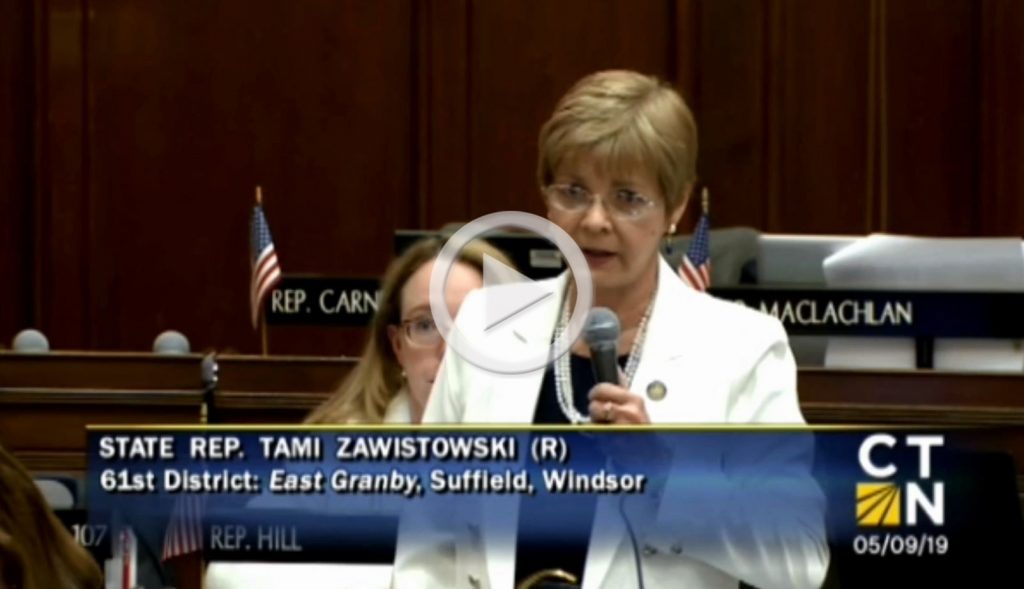 HARTFORD—State Representative Tami Zawistowski (R-61) on Wednesday evening said the state’s business community can’t afford the crush of anti-employer policies pushed by Democrats, and voted against a controversial proposal to increase the state’s minimum wage to $15.

“I am concerned about the impact a nearly 50 percent mandated minimum wage increase will have on our fragile economy,” said Rep. Zawistowski. “We have lost residents and thousands of jobs this year and it’s estimated we won’t recover all of the jobs lost in the 2008 recession until 2021. Behind the statistics about our economy are real people, our residents have lost opportunities due to bad state policies.”

House Democrats cobbled together a ramshackle bill (H.B. 5004) and rolled it out late Wednesday, providing neither Republicans nor the public adequate time to review a proposal that will drive state spending hikes while triggering cost increases for businesses small and large.

The proposal passed largely along party lines on Thursday after a 14-hour debate that saw Republicans launch vigorous opposition that highlighted a variety of concerns ranging from the bill’s impact on municipal budgets to companies that rely upon seasonal workers.

The bill would increase the minimum wage over a four and a half year period.

Rep. Zawistowski commented, “Essentially, this bill introduces a fixed cost increase for business owners and the state and nobody can do a thing about it.”

Additionally, Republicans raised concerns about wage compression—that increase will force employers to increase wages of employees who earn just above the minimum wage.

“The severe restrictions on training wages for young workers looking for their first job is particularly concerning,” Rep. Zawistowski said. “This will certainly impact tourism – an industry we are trying to grow in Connecticut – by pricing out seasonal workers and making attractions more expensive.”

The legislation was passed by the house 85-59 with two Democrats joining all Republicans in opposition. The bill awaits action in the State Senate.