Behind the Scenes at New England Air Museum 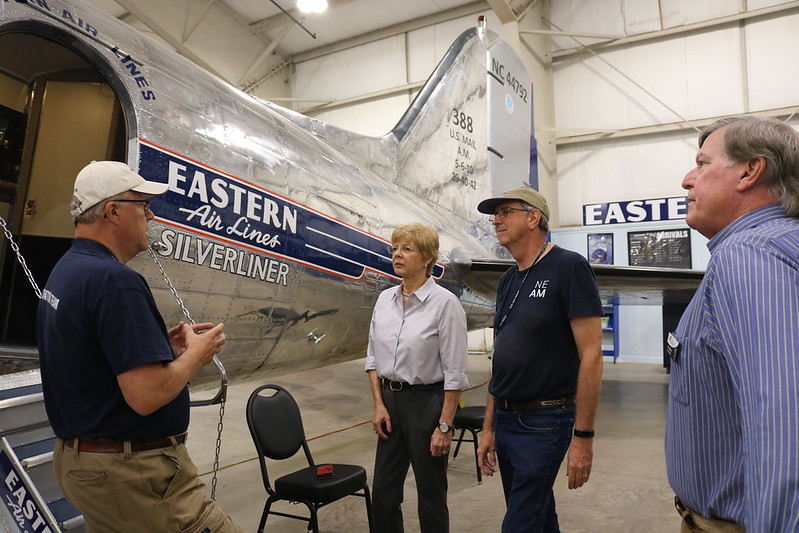 The restoration team consists of dozens of volunteers with roughly 35-40 working on Tuesdays and Thursdays any given week. The volunteers operate out of an 11,200 square foot hangar which includes areas for machining, metal fabrication, welding, and engine restoration.

“I was impressed by the skill, patience and attention to detail that the restorers devote to each project. We are fortunate to have so many dedicated restorers and docents that volunteer their time and talents to make the New England Air Museum an exceptional facility,” said Rep. Zawistowski. “I enjoyed learning the history of the aircraft on display, seeing the role the collections at the museum play in preserving New England’s aerospace heritage and understanding how they inspire future generations.”

The team generally services two major aircraft projects at once alongside smaller projects such as preparing engines for display or stabilization projects for aircraft stored outside. One notable project underway is the restoration of the Kaman K-16B, an experimental vertical takeoff aircraft commissioned by the US Navy in the late 1950s.

The visit also included an in depth look at notable recent restorations currently on display such as the Douglas DC-3 and the Goodyear ZNPK-23 blimp control car. The Douglas DC-3 acquired by the museum in 1992 underwent extensive interior and exterior work to restore the aircraft to its Eastern Air Line passenger configuration. The interior of the aircraft includes many period articles donated by former Eastern Air Lines personnel. The blimp control car underwent a 23-year long restoration involving the fabrication of many missing pieces to return the control car to its original configuration as a 1942 US Navy K-class blimp used for anti-submarine warfare.

The tour concluded with a look through the storage hangar which has been opened to the public for the summer months.