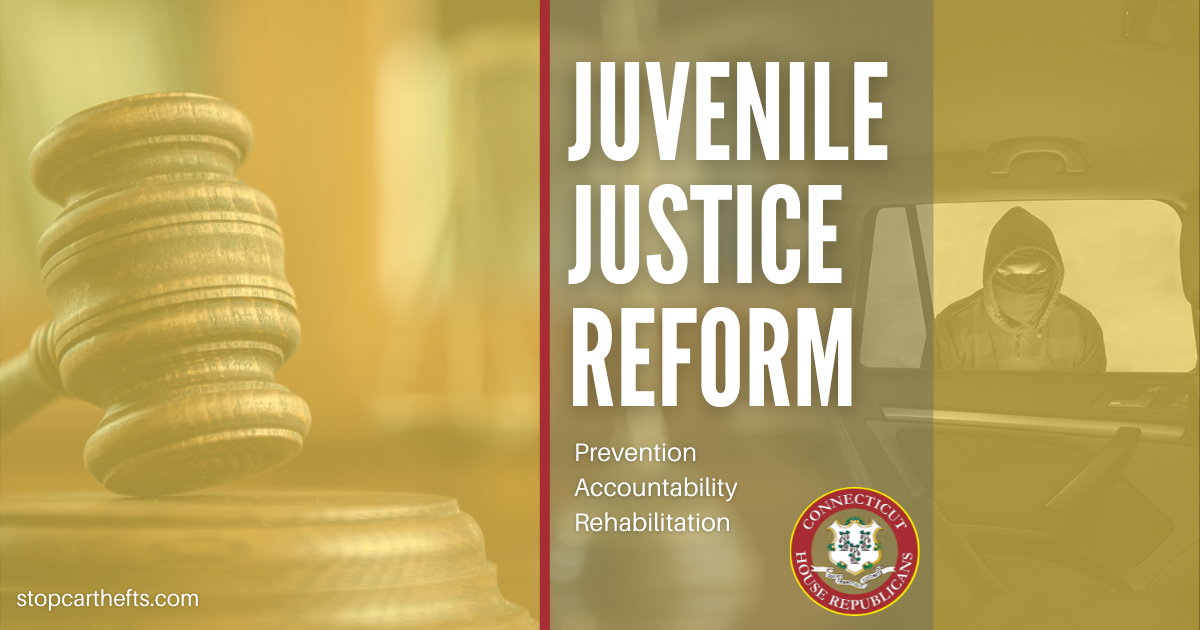 During a news conference on the North Steps of the Capitol in Hartford, House Republicans listed over a dozen specific statutory and policy changes they sought to make that focused on the following main concepts: prevention, accountability, and rehabilitation.

“This is not about seeking to incarnate juveniles, it’s about having programs in place to prevent and deter juveniles from a life of crime. Instances of serious crime involving juveniles are on the rise across the state, which is why we need to do something about it now. The juvenile justice reforms put forth by my Republican colleagues and I address the concerns of many in a thoughtful way and ensure that our communities and residents remain safe, which is not a partisan or political issue,” said Rep. Yaccarino, who serves as a Republican Whip in the House.

Amid a turbulent period of juvenile crime activity across the state, which included an attempted shooting of a Glastonbury homeowner by car thieves, the death of a man jogging in New Britain,  auto thefts on the rise in North Haven, and several other serious crime instances that prompted contentious town hall meetings with residents seeking answers and House Republicans petitioning for a special legislative session.

The Republican proposals can be found at www.stopcarthefts.com. Republicans are asking members of the two Democratic legislative caucuses to sign their petition, initiate a special session and begin debate on these proposals.