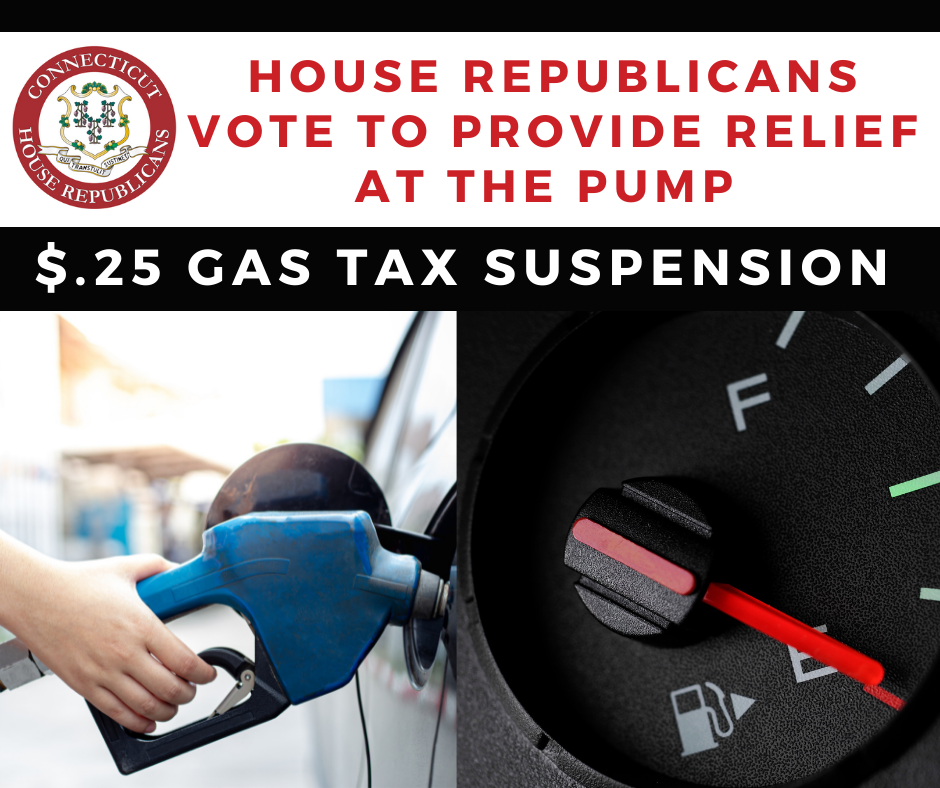 In an effort to reduce costs for Connecticut drivers, House Republicans proposed and yesterday were overwhelmingly joined by Democrats who voted for a temporary suspension of a state gas excise tax.

During a March 10th press conference in front of a Hartford gas station displaying prices higher than $4, House and Senate Republicans called for a temporary suspension to certain state gas taxes. With inflation and costs rising on goods and services statewide, legislators on both sides of the aisle have been inundated by calls for relief, including from unprecedented and historically high gas prices.

Passed by the House unanimously, HB 5501 – An Act Suspending Certain Gas Taxes and Sales and Use Tax on Certain Clothing and Allocating Funds for Free Public Bus Services – if signed into law – will suspend a $.25 state gas tax from April 1 through June 30. The bill will require gas stations to reduce the pump price accordingly. The measure includes a provision to create a new, week-long sales tax holiday on clothing and footwear from April 10 to the 16th and to provide free bus service from April 1 to June 30. The cost of the lost revenue from bus services will be offset by federal ARPA Funds.

I am pleased all of my colleagues recognized the need to provide tax relief for Connecticut residents and joined our calls for this tax break. 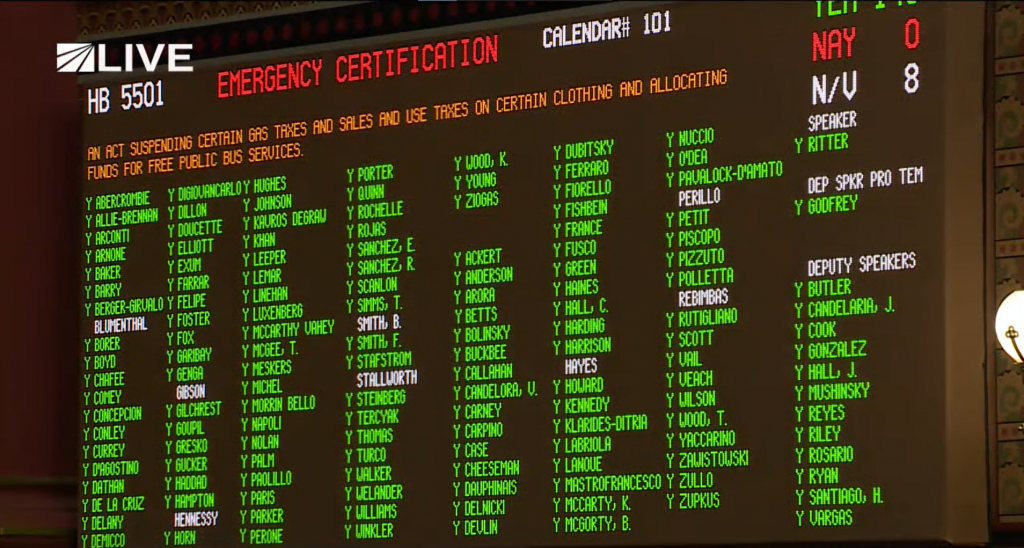 To be clear, this legislation does not prevent gas prices from rising, but will provide immediate relief of 25 cents per gallon to Connecticut drivers.

Given that high gas prices may continue through the year, we believe that Democrats should also repeal the truck tax they passed in 2021 which imposes a fee on trucks delivering goods in our state.