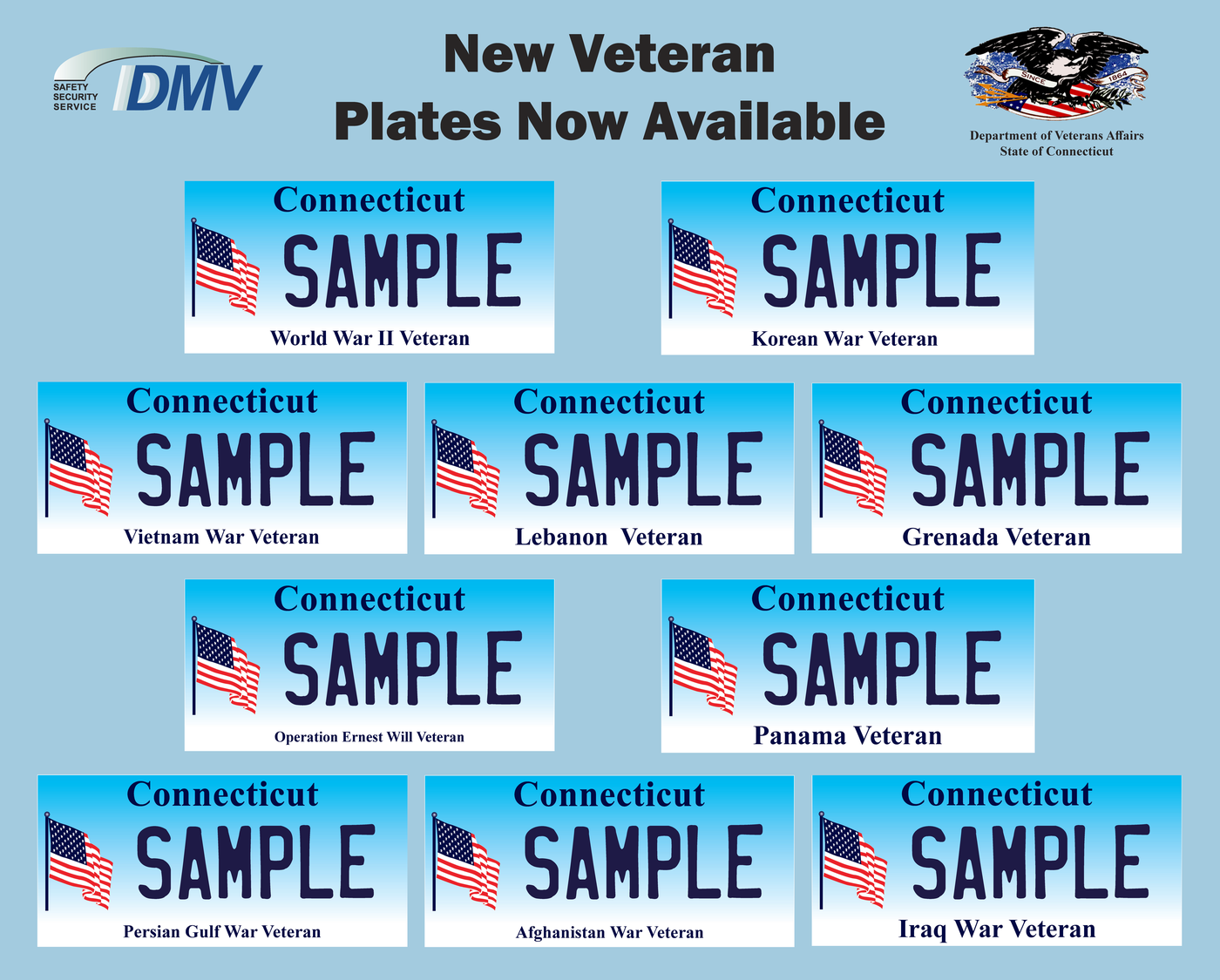 “We owe our freedoms to the men and women in the U.S. Armed Forces, past and present, especially those who have served in war and conflict zones,” Connecticut Department of Veterans Affairs Commissioner Thomas Saadi said. “These new veterans license plates recognize that service and sacrifice by Connecticut veterans in wars and conflict zones from the Second World War II to the wars in Afghanistan and Iraq. My thanks to Representative Dorinda Borer for introducing this idea, which is now law, and thanks to the Department of Motor Vehicles leadership and staff for the great collaboration with Department of Veterans Affairs in making these license plates a reality for our veterans.”

The new plates are offered in addition to the standard Connecticut license plate for veterans and are available exclusively for veterans who served during these specific periods of war and those who received campaign medals.

The license plates are available for passenger, commercial, combination, camper, and camp trailer types, and cost $27.50. Veterans can request a new veteran plate by completing the Special Plate Application Form on the DMV’s website at portal.ct.gov/DMV-War-Vet-Plate.