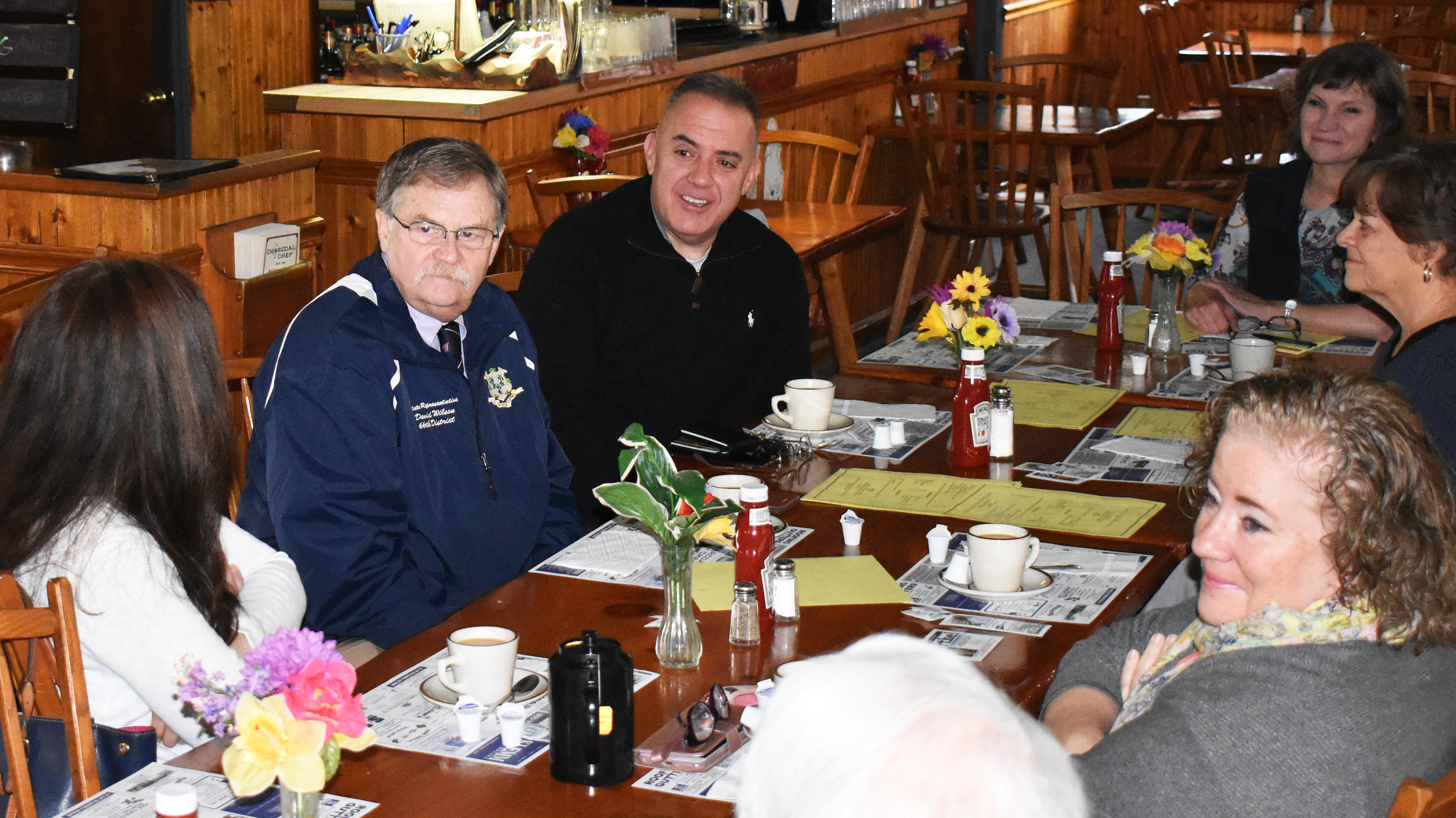 Woodbury – State Representative David T. Wilson (R-Litchfield) and State Senator Eric Berthel (R-Watertown) hosted a coffee hour at the Charcoal Chef. Woodbury’s state legislators hosted the event in order to provide an update on the current legislative session and to answer any questions those in attendance had.

“I want to thank those who were able to participate in our coffee hour last week. Sen. Berthel and I facilitated a quality discussion on the major topics being debated in Hartford including topics like tolls, new tax proposals, and forced school regionalization. It’s clear, to me, that those in Woodbury are mainly concerned about the unintended consequences of such proposals and what it would mean to folks living here in the Northwest Corner. Right now, it isn’t clear what the benefit of many of these proposals would be to middle-class workers in rural towns and I will continue to bring that message with me to Hartford,” explained Rep. Wilson.

Approximately 20 members of the community came out to take part in the coffee hour discussion.

“It’s always good to meet with constituents,” said Sen. Berthel. “It gives a legislator a good dose of common sense after spending so much time in Hartford. Rep. Wilson and I share people’s concerns about the prospect of rising taxes. We assured our constituents that we would stand firmly against any more incursions on their pocketbooks or personal liberties.”

According to both Rep. Wilson and Sen. Berthel, there are several proposed pieces of legislation that would create a definite increase in the overall cost of living to Connecticut residents. For many living in rural towns across the state, more financial burdens simply cannot be afforded.

The current legislative session concludes on Wednesday, June 5th. The Appropriations Committee is expected to put forth a budget in the coming weeks, which will then be voted upon by the entire legislature prior to the close of the legislative session.