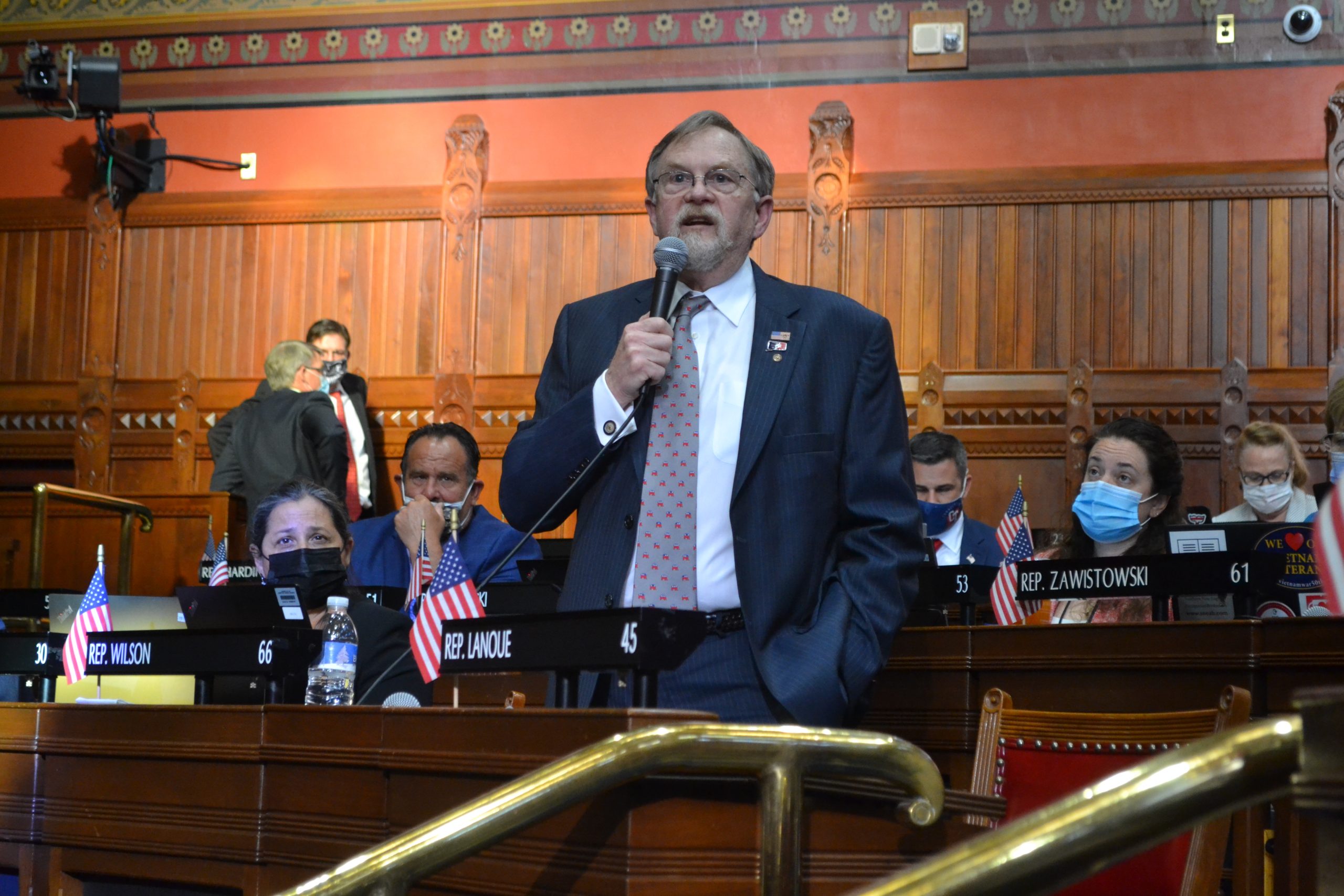 It was a very busy week as the House of Representatives was in session Tuesday, Wednesday, and Thursday. Finally, one of the most talked about bills over the last several months came before us on Thursday.

The bill, H.B. No. 6107- AN ACT CONCERNING THE REORGANIZATION OF THE ZONING ENABLING ACT AND THE PROMOTION OF MUNICIPAL COMPLIANCE, makes several changes to planning and zoning, changes that your state government has no right making as far as I am concerned.

Unfortunately, this bill passed with a majority of Democrats supporting it with just 8 joining Republicans. For Democrats, this is a watered-down bill and they didn’t get everything they originally wanted. However, it does open the door to more legislation like this in future sessions and this was mentioned on the House floor.

The bill details the following-

Requires towns and cities to allow accessory apartments “as of right”, which means that zoning regulations cannot prohibit their construction. The bill also will set limits to the number of parking spaces that can be required.

One of the minor victories that Republican legislators were successful at getting was an opt-out provision for the accessory apartment and parking requirements. If the town’s planning and zoning commission and the elected legislative body can come to a two-thirds majority.

Several changes have been made to the Zoning Enabling Act, this includes the deletion of maintaining “character” of a municipality as a basis for zoning regulations.

Allowing mobile homes and mobile home parks the same zoning rights as single family homes.Additional requirements on towns and cities that border Long Island Sound and border waterways that drain in the Sound.

The bill implements the creation of the “”Commission on Connecticut’s Development and Future”, the committee will report back to various legislative committees in policies dealing with zoning, affordable housing and infrastructure.

I heard from many of you expressing your opposition of this legislation that will really impact our local towns. I encourage you to contact the Senate and the governor’s office and let them know how you feel: