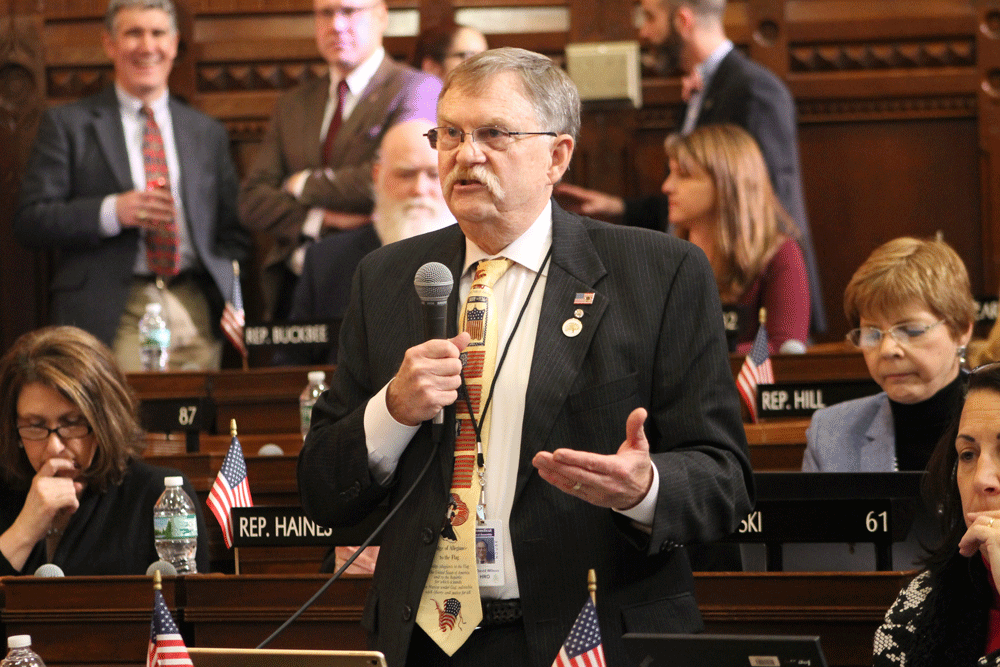 HARTFORD – State Representative David Wilson (R-66) earned a 100% voting score from the Connecticut Business and Industry Association (CBIA) for the 2019 legislative session, which ended in June.

Each year, the CBIA, Connecticut’s largest business group, assigns scores to legislators based on their votes on key bills that potentially have a large impact—positive or negative—on the state’s economic competitiveness and business climate, according to its website. Legislators who supported the business community’s position on this key legislation are given a score of 100%.

“One of our jobs as legislators is to work toward giving Connecticut a competitive edge in welcoming new businesses to the state,” said Rep. Wilson. “Unfortunately, the Democratic majority in this state continues to work against the business community by raising taxes and forcing employer mandates. Groups like the CBIA recognize that these policies hurt businesses, and I am honored to have received their 100% voting score.”

The CBIA’s 2019 legislator voting scores were based on key legislation ranging from the state’s new Paid Family & Medical Leave program to the minimum wage hike to the state budget.