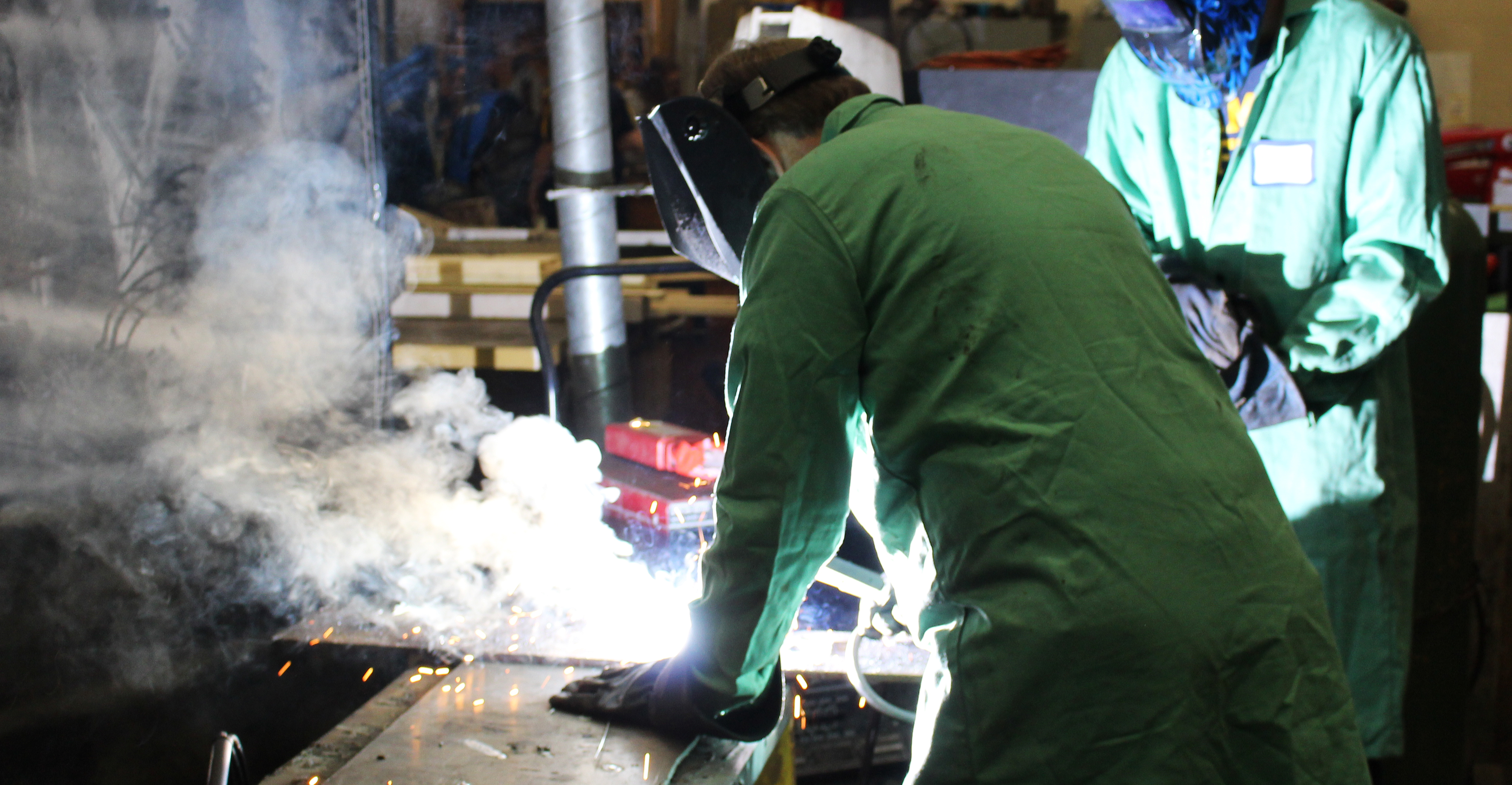 PHOTO: Rep. Wilson welds during his visit to Wamogo Regional High School on Thursday, November 7th, as he toured the facility and learned more about the argiscience programs.

“When people think of their state legislature, it often focuses on the business we conduct at the Capitol in Hartford. That’s only one part of what goes into representing our district. I make it a priority to continually immerse myself within our communities in Litchfield County so I can best bring our interests to Hartford,” explained Rep. Wilson. “Thursday was a great example of the engagement activities in which I continually partake in.”

Despite the passing storms, Rep. Wilson was able to visit the FFA students at Wamogo High School. The open house allowed Rep. Wilson to tour the school’s agricultural facilities and learn more about the agriscience programs that Wamogo students are excelling at. 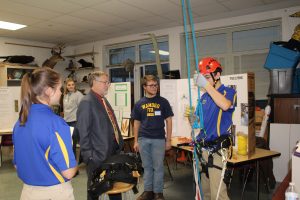 “It’s no secret that our rural communities have a rich history within the agricultural industry. Farming and its associated career paths offer a unique opportunity for residents around Litchfield County because of the vast greenspaces and our local traditions,” said Rep. Wilson. “Based on my discussions with Wamogo’s students, I am confident that the next generation is ready to step-up to ensure our farms will be operational for generations to come.”

Following his visit at Wamogo, Rep. Wilson met with Jack Baker, one of the owners of the Litchfield Distillery. The meeting was based on recently passed legislation, P.A. 19-24 – An Act Streamlining the Liquor Control Act, which could hinder small business growth because distilleries are treated a little differently than wineries and breweries within the bill.

“It’s important to listen to the concerns of our job creators,” Rep. Wilson went on to state. “Here, we have an entity that wants to invest in the community, provide quality careers, and also bring us a locally made product that we can all be proud of. If there are too many regulations or ill-defined rules arbitrarily placed on different liquor producers and suppliers, then we are doing a disservice to the business community.” 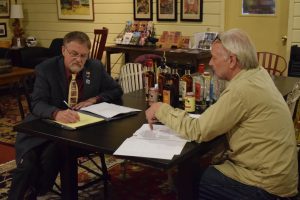 Rep. Wilson meets with Jack Baker, one of the owner’s of Litchfield Distillery.

According to Rep. Wilson, it’s imperative that these discussions begin to be had with small business owners. Similar to understanding the specific needs of Litchfield Distillery, it is important that job creators express their concerns or issues with a mandated state retirement program.

To learn more about Rep. Wilson and what he’s doing within the district or sign-up for his electronic newsletters, you can visit his website at RepWilson.com.