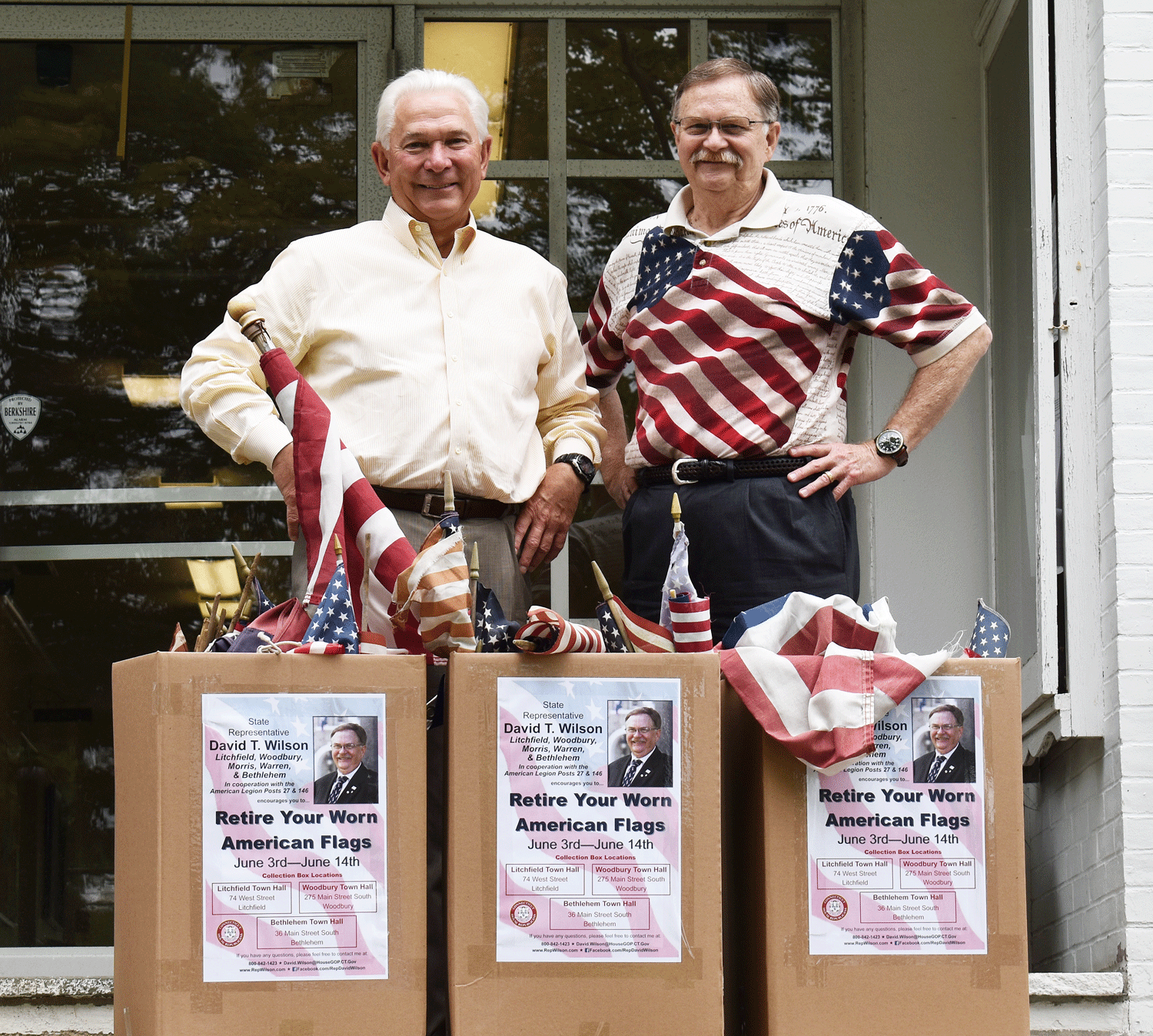 LITCHFIELD – State Rep. David T. Wilson (R-Litchfield) hosted a retired American Flag drive to give the citizenry in the 66th Assembly District an opportunity to properly dispose of their worn or used flags. The drive solicited great participation. At its conclusion, there were three collection boxes filled to the brim with flags no longer fit to fly or display.

“With Flag Day occurring last Friday, I couldn’t think of a better way to show respect and reverence to the symbol of our great country. Far too often, flags are improperly thrown out. This happens as a result of the hustle and bustle of everyday life, properly disposing the American Flag takes a little bit of extra effort and time. Another contributing factor is the basic education of how to retire a flag, which is why it is critical for state government to provide information and assistance in the process,” explained Rep. Wilson.

According to the United States Flag Code, it is correct etiquette to retire the flag when it is in such condition that it is no longer a fitting emblem of display. In that case, the flag should be destroyed in a dignified way, preferably by burning it to ash.

The flag retirement boxes were set-up in the towns of Litchfield, Bethlehem, and Woodbury.