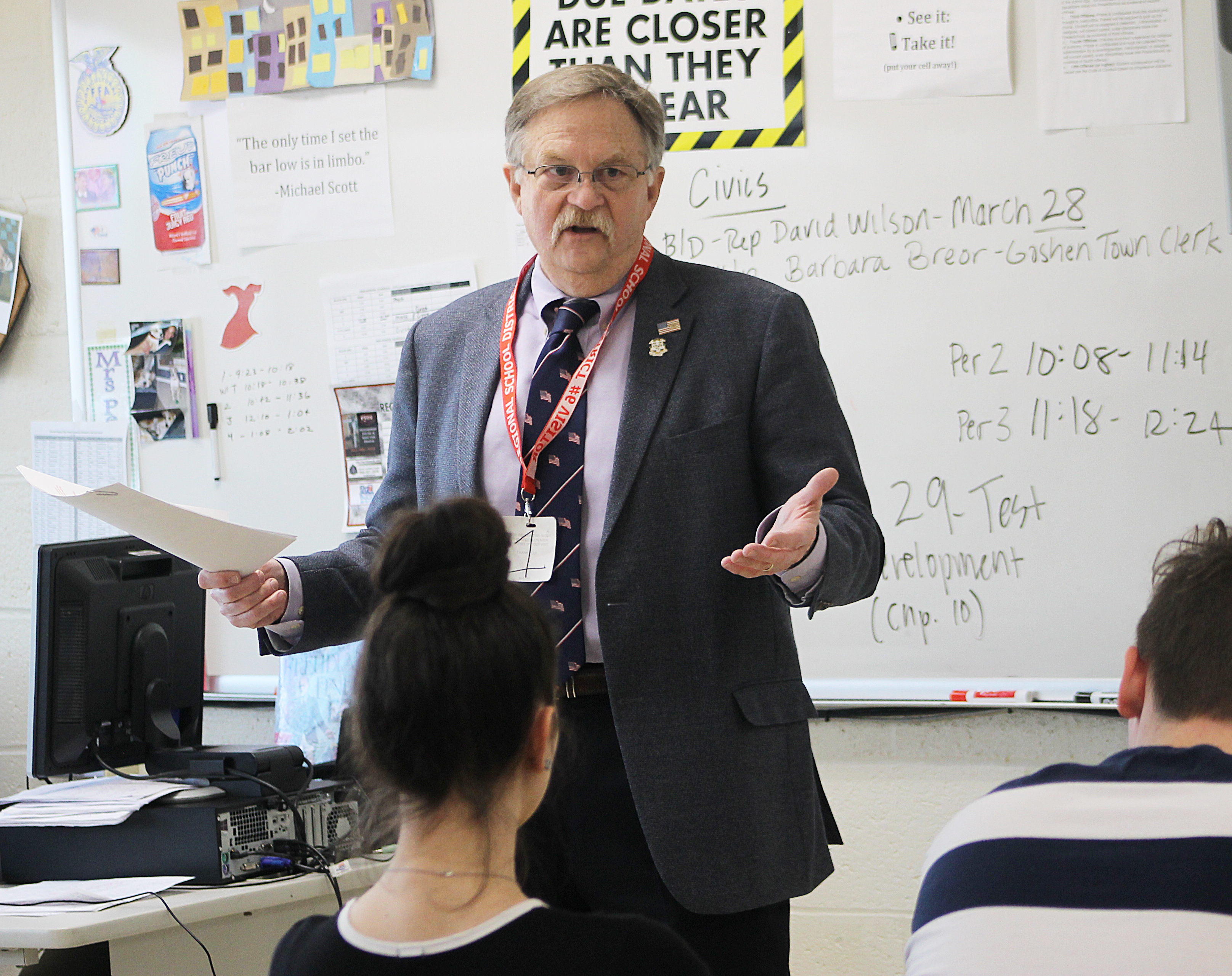 Litchfield – State Rep. David T. Wilson (R-Litchfield) was invited to meet with students at Wamogo Regional High School where he lead a civics discussion over two class periods. Students were invited to submit questions to Rep. D.T. Wilson prior to his visit to the school, much of the discussion was based upon their legislative inquiries.

Rep. D.T. Wilson said, “It’s a blessing that we have such engaged students out here in the Northwest Corner. We went over critical issues that are dictating the debate this session at our State Capitol. These topics included tolls, taxes and public policy changes. As always, Wamogo’s students were well informed, adding great depth and different perspectives to our chat. One of the most important points that we went over were unintended consequences of legislative action. Ideas for laws might seem good on the surface, but if they aren’t thought through all the way, then often well-intentioned legislation could end up hurting small businesses or driving families from our state’s borders.”

The students at Wamogo asked additional questions about the political climate in Hartford and how certain policies are prioritized.

“It’s unfortunate, but politics is a game of numbers. The majority party has the power and only the Speaker of the House can call a bill for a vote on the floor. It’s evident that priorities are different across political lines,” explained Rep. D.T. Wilson. “A great example of this comes from legislative action occurring just yesterday. I stood in strong opposition of creating a new union for the Attorneys General, and providing a tax-payer funded pay raise to them. However, while many families are losing critical state-funded social services, the state gave more money to well-educated state employees.”

Regardless, Rep. D.T. Wilson also stressed the importance of civic engagement. The best way to make an impact is to participate in the process. That includes voting, but it also means contacting your state legislators, peaceful protest and staying up-to-date on critical issues by periodically checking state resources.