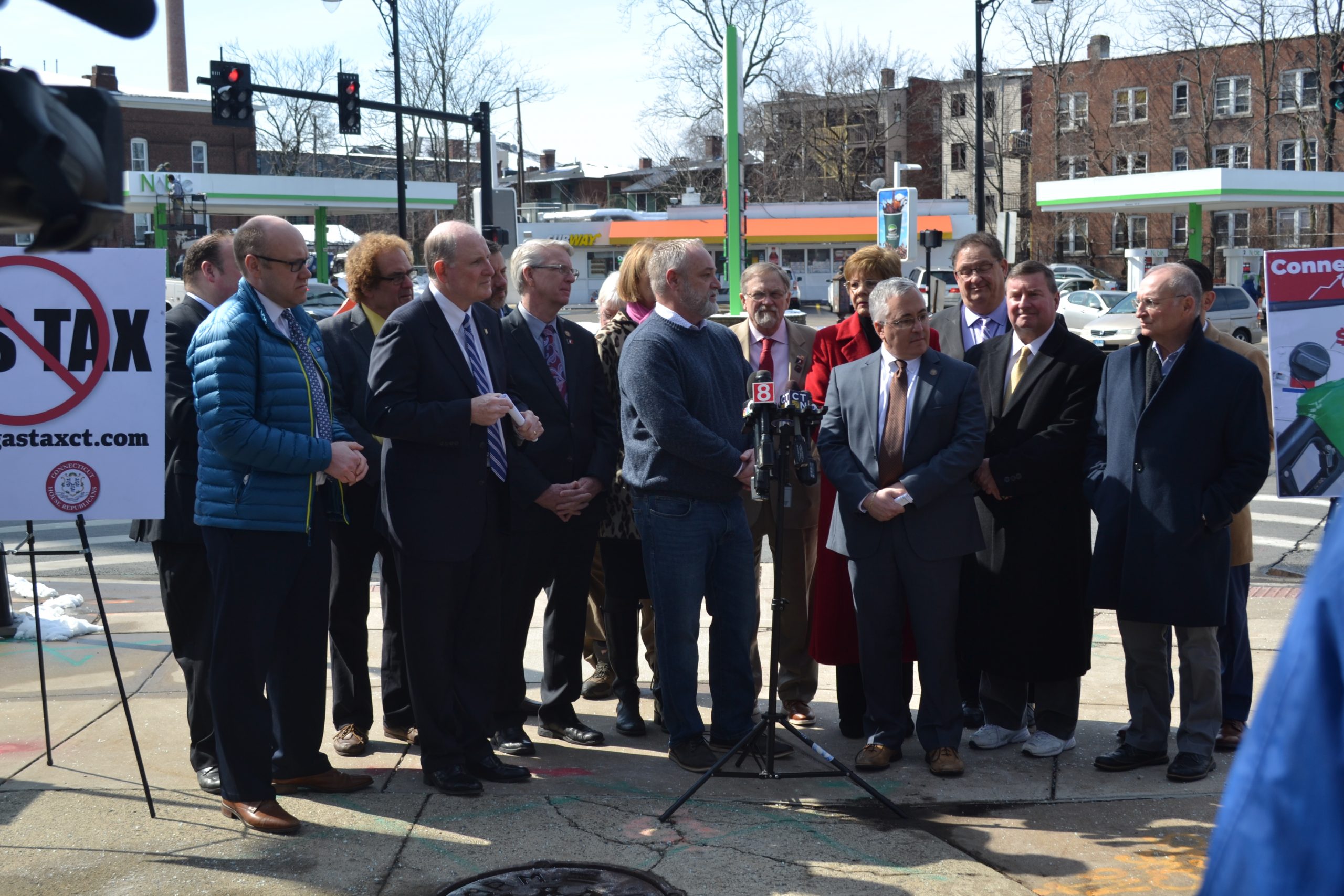 “Today, I joined my House and Senate Republican colleagues requesting a temporary suspension on our state’s gross receipts tax and on our federal counterparts do the same, in order to give the people of Connecticut needed-relief. Gas is skyrocketing across the country at a record rate, and we cannot just sit idle while our residents bear the burden at the pumps. The cost to heat your home is increasing, to fuel your car is increasing, and with the impact on small business is causing our grocery bills to rise also.

I sincerely hope our friends on the other side of the isle agree with us and work together to bring much-needed relief to our constituents.”

The state tax proposal is budget neutral. The state can afford the reduction with its windfall in increased sales tax and gas tax revenue the state is collecting as a result of inflation.   “Every day it is getting harder and harder for families in Connecticut to balance their budgets. Families need relief at the pump today. Gas prices have been rising steadily for months thanks to the President’s policies. The impact of the war is only worsening a problem that has been long in the making,” said Senate Republican Leader Kevin Kelly (R-Stratford). “Connecticut has a surplus in revenue collected from taxpayers as a result of inflation. That windfall must be returned to Connecticut taxpayers to provide relief.  The inflation-related surplus alone covers the cost of this tax relief today for the remainder of the fiscal year. This is a no-brainer that will provide immediate relief when families need it most.”

“The state is awash in federal aid, we’ve got an anticipated budget surplus, and an enormous rainy day fund that’s growing by the day—yet, there’s still more talk about tax increases. It’s no wonder frustration is growing among so many residents who rightly believe that a self-serving state government is gorging itself on their hard-earned money,” said House Republican Leader Vincent Candelora (R-North Branford.) “That resentment will continue to fester unless we meet the immediate challenge of providing taxpayers some of the relief they desperately need as this crisis at the pump intensifies. Pausing this hidden tax is not only a solid first step, it’s one that simply can’t be ignored by our colleagues given news that state workers are in line to receive both pay raises and bonuses through negotiations with the governor’s administration. Aside from helping residents keep more money in their pockets, putting this concept up for a vote next week would send a hopeful message at a difficult time for everyone: state government does, in fact, have the capacity to make life here more affordable if we all pull in the same direction.”

“We also demand that Senator Blumenthal follow through on his proposal to suspend the federal gas tax and urge Governor Lamont to demand that President Biden implement this tax cut immediately,” said Senator Heather Somers (R-Groton), ranking member of the Transportation Committee. “If Sen. Blumenthal supports a federal gas tax suspension, then he should also support a state gas tax suspension and push his Democratic colleagues here in Connecticut to adopt this proposal immediately.”

“I hear from neighbors every day who are struggling with the impacts of inflation, especially since gas prices continue to climb and are now over four dollars a gallon. This is relief we can provide struggling residents right now,” said Rep. Carney, House Ranking Member of the Transportation Committee. “The gross receipts tax often leads to Connecticut residents paying more at the pump than our neighboring states. Across the country six Democrat governors have called to suspend the federal gas tax, and locally so has Senator Blumenthal, I hope our friends across aisle will join us and move forward with immediate action.”