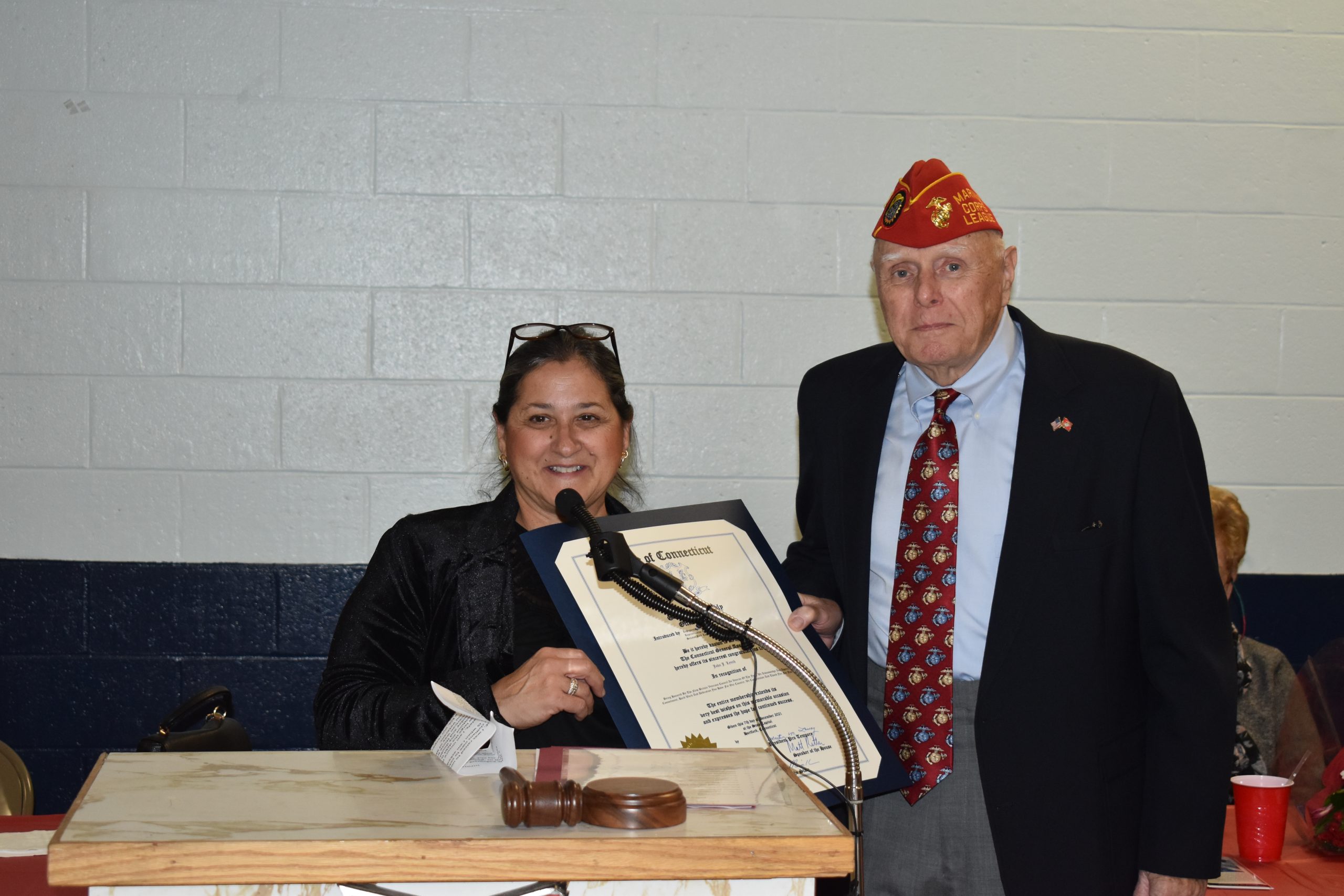 On Tuesday, State Representative Donna Veach presented John Lynch, a Korean era veteran, Marine, and Berlin resident with a legislative citation in honor of him being named Veteran of the Year by the New Britain Veterans Council.

John’s dedication to this country didn’t just end with his service. He’s a member of Franco-American War Veterans Post 26, General Haller Post 111, Military Order of the Devil Dogs, past president of the New Britain Veterans Council, past commandant of the Marine Corps League-Hardware City Detachment 781, volunteers in the annual Marine Corps Toys for Tots Campaign and been a ceremonial host at Memorial Day and Veterans Day services in New Britain.

“I was raised to understand and appreciate the debt we civilians owe to our veterans and their fight to protect the way of life we’re all lucky enough to enjoy,” Rep. Veach said. “Events like this one are truly wonderful to be a part of and I’m honored to have been asked to speak on behalf of men like John who have given so much.”