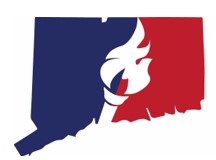 HARTFORD – Last week the Legislature’s Conservative Caucus sent a letter to Connecticut Attorney General William Tong requesting that he protect the constitutional rights of their constituents and every parent in Connecticut, and that he reject the federal government’s attempts to stifle Connecticut parents’ protected free speech.

Reacting to Associated Press reports that United States Attorney General Merrick Garland intends to “hold strategy sessions in the next 30 days with law enforcement to address the increasing threats targeting school board members, teachers and other employees in the nation’s public schools,” the Conservative Caucus urged AG Tong reject AG Garland’s assertion that parents speaking out at local school board meetings amounts to “domestic terrorism” invoking federal law enforcement jurisdiction.  The letter made clear that any instances of violence or threats of violence, must be investigated and handled by local law enforcement, not by the U.S. Justice Department.

“Violence and threats of any kind must be investigated promptly and professionally by local law enforcement, not by the U.S. Justice Department.  The FBI certainly shouldn’t be used to stifle the constitutionally protected free speech of Connecticut citizens,” Rep. Rick Hayes (R-51) said. “The federal government has no place in the relationship between Connecticut parents and their local school boards.”

Concerned parents statewide have packed public hearings and school board meetings and have been writing, calling and pleading with their local school boards for the wellbeing of their children.  Closely overseeing what schools are teaching their children is both the right and the duty of responsible parents across the state.

“It is Attorney General Tong’s duty to uphold Connecticut’s laws and to protect the individual rights of all residents, especially when the federal government appears ready to overstep its legal bounds” Rep. Donna Veach (R-30) said. “Attorney General Tong must reject the federal government’s efforts to intimidate and silence Connecticut parents.  Any investigation of Connecticut parents must be conducted by Connecticut law enforcement, not the FBI, and be limited to actual, verifiable violence or threats thereof, not used as a tactic to stifle constitutionally-protected free speech.”

The CGA Conservative Caucus is a group of 16 Connecticut legislators dedicated to the principles of limited government, economic freedom, and individual liberty.  Its members foster open debate about the role of government in society, adherence to the Constitution, and the rule of law.  They propose and advocate for legislation that promotes the freedoms, individual rights, and prosperity of all Americans.