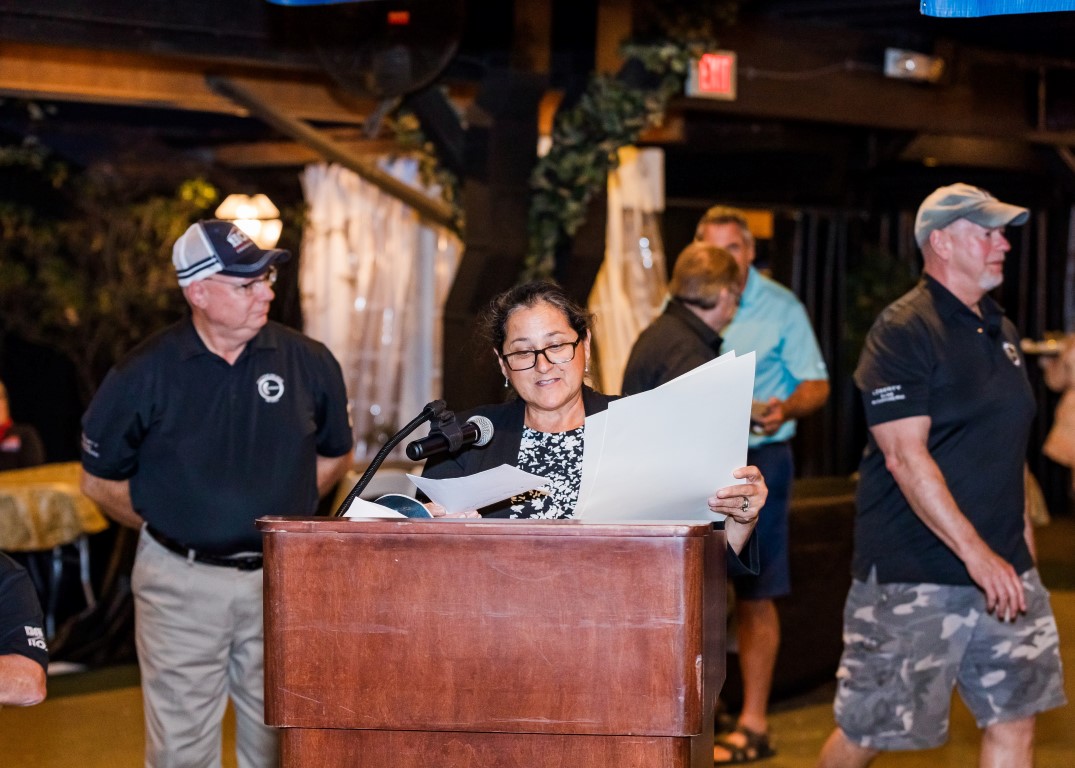 Recently Rep. Veach was invited to attend the Golden Kielbasa Veterans Open and dinner to recognize Seaman William “Willie” J. D’Amato and Corporal Eugene “Gene” Polaske, two of Connecticut’s veterans of the Greatest Generation. After the state’s largest veteran’s charity golf event, Rep. Veach had the honored D’Amato and Polaske with legislative citations in recognition of their service to our country.

These brave men each joined their respective branch of the military during a time of extreme conflict. D’Amato entered in the U.S. Navy just 14 short days after the D-Day Invasion and Polaske the Marine Corps weeks before Japan’s surrender in WWII.

Since 2011, the event has raised more than $140,000 for Connecticut’s veterans. This year’s event will support DAV Hardware City 8 and House of Heroes CT, a non-profit organization who provides no-cost home improvements to veterans and their surviving spouses.