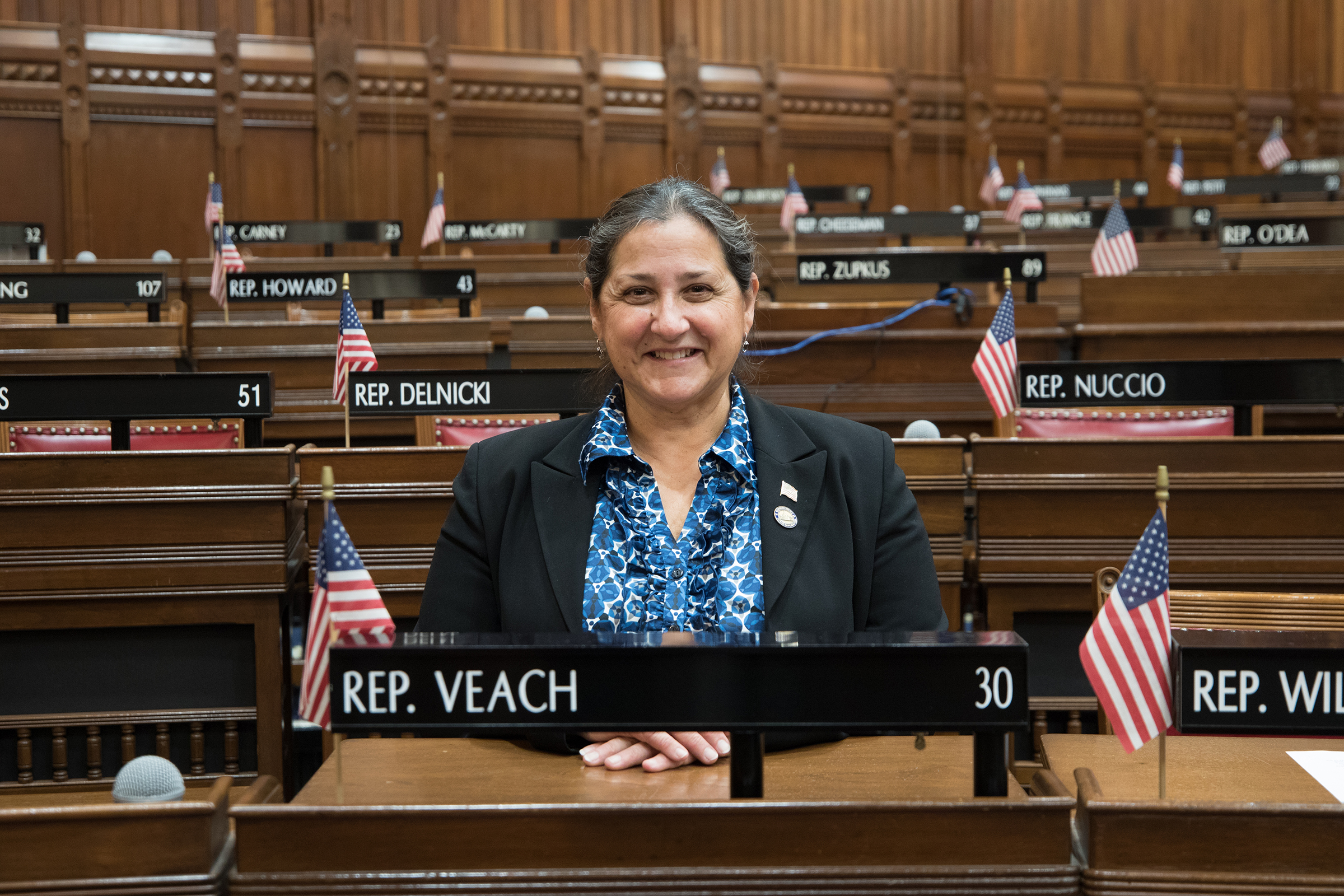 HARTFORD – State Representative Donna Veach (R-30) has co-sponsored an initiative to accelerate the ability of victims of domestic violence to receive state assistance by excluding the abuser’s income from the eligibility requirements necessary to receive them.

The proposal, HB-6520, An Act Concerning the Provision of Temporary State Services to Victims of Domestic Violence, would provide 90 days of temporary benefits for programs like SNAP and Care-4-Kids to victims of domestic violence regardless of household income.

“This bill is just one more step to helping victims of domestic violence free themselves and their families from their abuser by removing the financial ties that bind them together,” Rep. Veach said. “By eliminating the financial aspect of our current law, we are helping to facilitate essential and, in many instances, live-saving services to these victims who desperately need them.”

During the Human Services Committee’s public hearing on Thursday, the bill received the endorsement from the Connecticut Coalition Against Domestic Violence (CCA | DV), whose testimony stated, “this bill provides critical economic justice for victims of domestic violence” and urged its support.

In addition, the proposal also received support from the House Republican Caucus who suggested the proposal go a step further by amending the language “to ensure that temporary benefits are provided to victims who demonstrate intent to live apart from their abuser.”

If the bill receives a Joint Favorable (JF) Report from the committee, it will advance to the House and Senate where it may be called for a vote. The JF deadline for the Energy and Technology Committee is April 1, 2021.