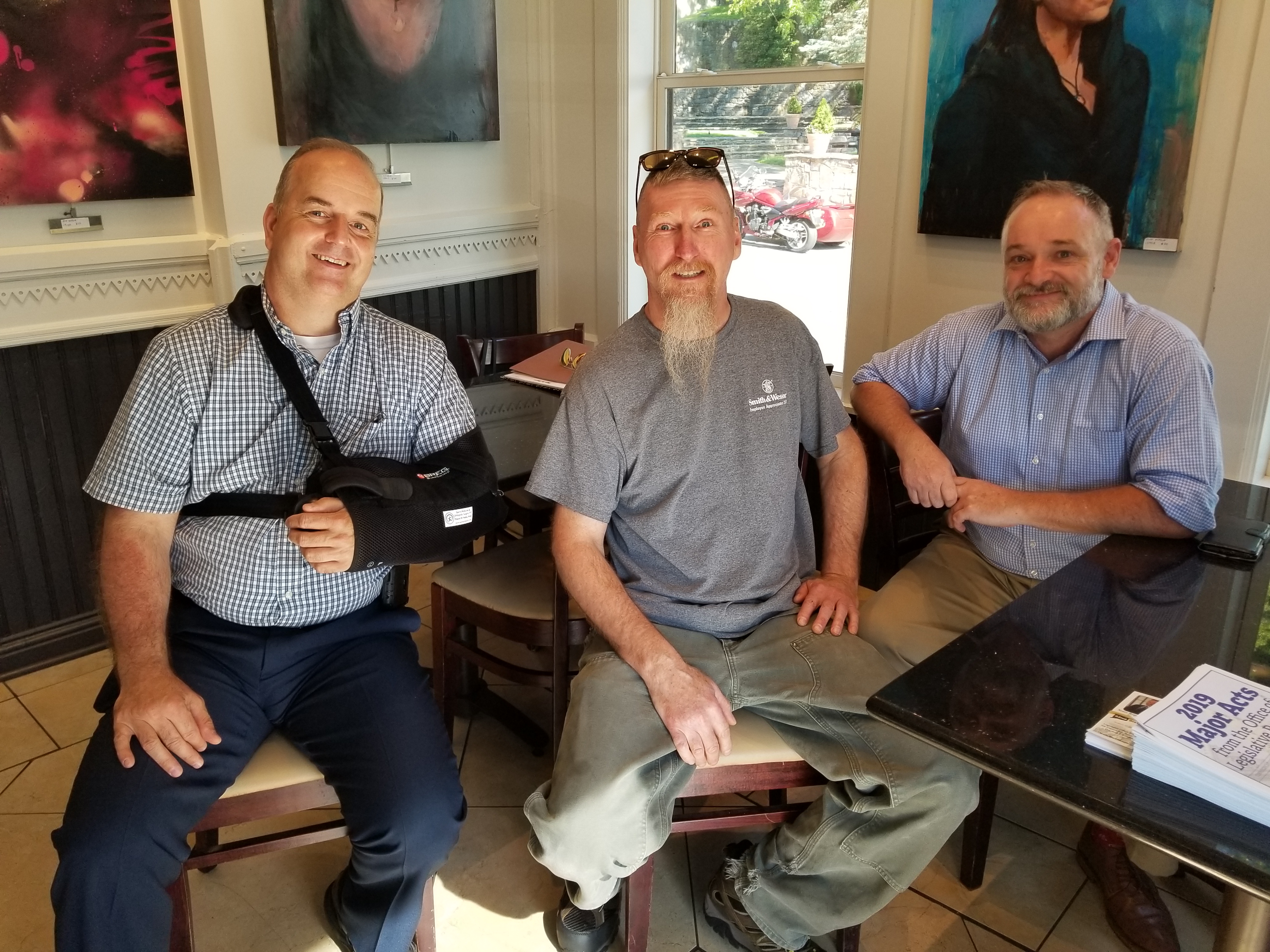 Stafford – State Rep. Kurt Vail (R-Stafford) and State Sen. Dan Champagne (R-Vernon) hosted an opportunity for residents of Stafford to speak with them about the 2019 Legislative Session. After having taken action on several new laws affecting the area’s working families and businesses, the legislature adjourned its business for the year earlier in the month of June.

About a week prior to the coffee hour in Stafford, Rep. Vail had hosted a similar event in Somers. Sen. Champagne has also hosted several other legislative wrap-ups since the conclusion of session.

“We try and give people a chance to come talk to us about the actions of our state government. Many times, people want to clarify what exactly happened and what the long-term effects of certain pieces of legislation may be,” explained Rep. Vail. “For instance, people have great concerns about all of the new taxes that the governor just signed into law. Throughout the Malloy administration, Connecticut residents were handed the two largest tax increases in state history over the previous decade. With the new administration, people thought there would be change – unfortunately it looks like more of the same, higher taxes.”

In order to fund increased state spending, the budget relies on a projected revenue increase of $1.7 billion in new taxes, scheduled to go into effect over the next two fiscal years. As a result of the newly approved taxes, job creators and residents are worried about the general viability of Connecticut.

House and Senate Republicans have identified massive shortfalls in the newly approved budget. A combination of union givebacks ($458 million), not yet achieved, and unspecified revenue projections ($180 million) that have not been clearly identified, leave the budget over $500 million out-of-balance.