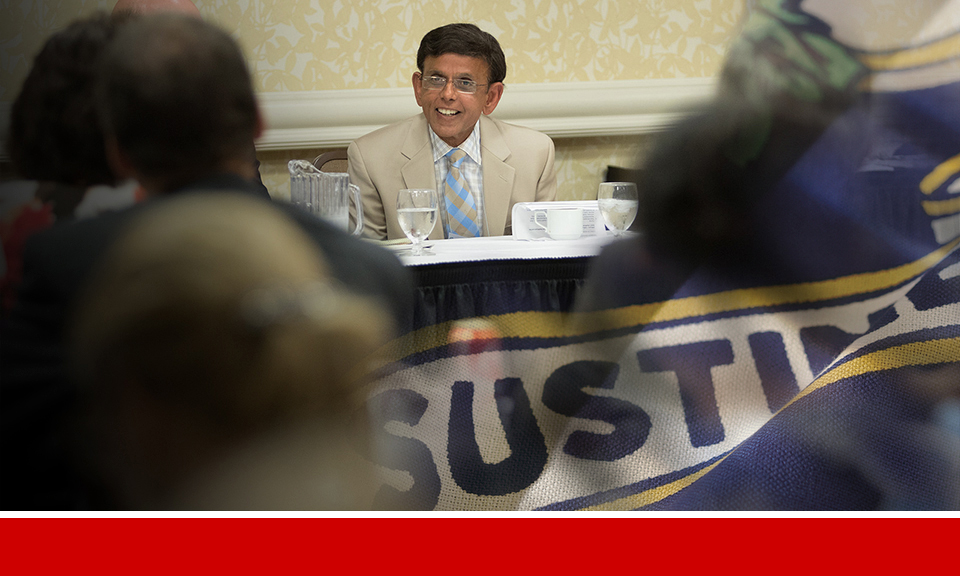 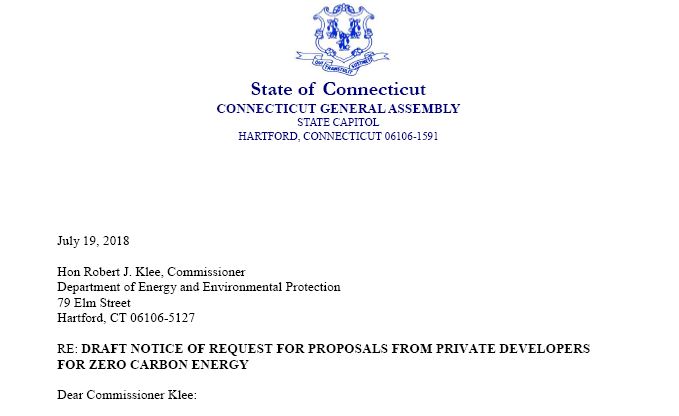 HARTFORD – Led by State Representative Kathleen McCarty (R-Waterford), lawmakers from all over Southeastern Connecticut joined together last week in an opinion-editorial to urge the Connecticut Department of Energy and Environmental Protection (DEEP) to amend its draft RFP (Request for Proposals) that essentially excludes Millstone from participating in a competitive auction for zero carbon electricity until 2023. The legislators reminded DEEP of their responsibility to comply with a law passed last…

END_OF_DOCUMENT_TOKEN_TO_BE_REPLACED

GLASTOBURY – State Representative Prasad Srinivasan (R-Glastonbury) will be holding office hours at the Welles Turner Memorial Library on July 18th to meet with constituents and discuss the major issues that came out of the 2018 Legislative Session, including the state budget. 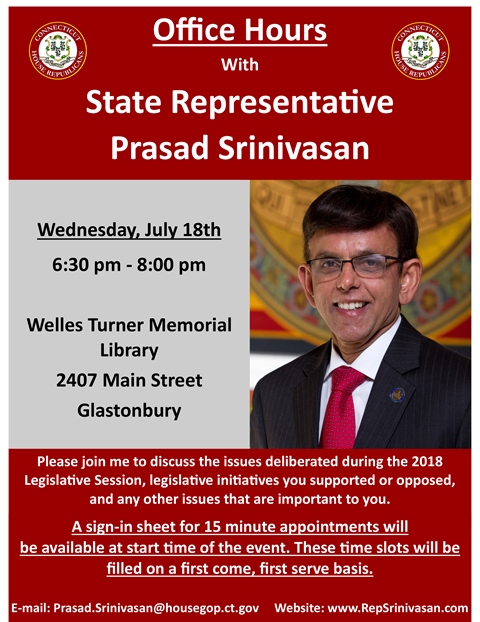 This event is free of charge and open to the public. A sign-in sheet for 15 minute, one-on-one…

END_OF_DOCUMENT_TOKEN_TO_BE_REPLACED

HARTFORD – As a well-established allergist in Glastonbury, and Ranking Member of the Legislature’s Public Health Committee, State Representative Prasad Srinivasan (R-31) stood today in the House Chamber to offer his support for a bill that would improve school policies on managing life-threatening food allergies.

House Bill 5452 requires the following of all local and regional boards of education:

HARTFORD – As a republic nation, the United States has a very unique system by which we elect a president. It is modeled after our constitution and form of government. Majority party legislators in Connecticut, however, want to change this process. Last week they pushed a bill, H.B. 5421, through the House of Representatives with a vote of 77-73 to adopt an interstate compact to elect a U.S. President solely by a national popular vote. State Representative Prasad Srinivasan (R-Glastonbury) opposed…

END_OF_DOCUMENT_TOKEN_TO_BE_REPLACED

HARTFORD – Nominations to appoint new judges to the Connecticut Superior Court were called today on the House Floor. State Representative Prasad Srinivasan (R-Glastonbury) voted against all the nominations.

“I have had the privilege, as a member of the Judiciary Committee, of hearing from each of these judges directly during public hearings over the past week,” said Rep. Srinivasan. “Each judge has great qualifications for a position in the Superior Court, but given Connecticut’s ongoing budget crisis,…