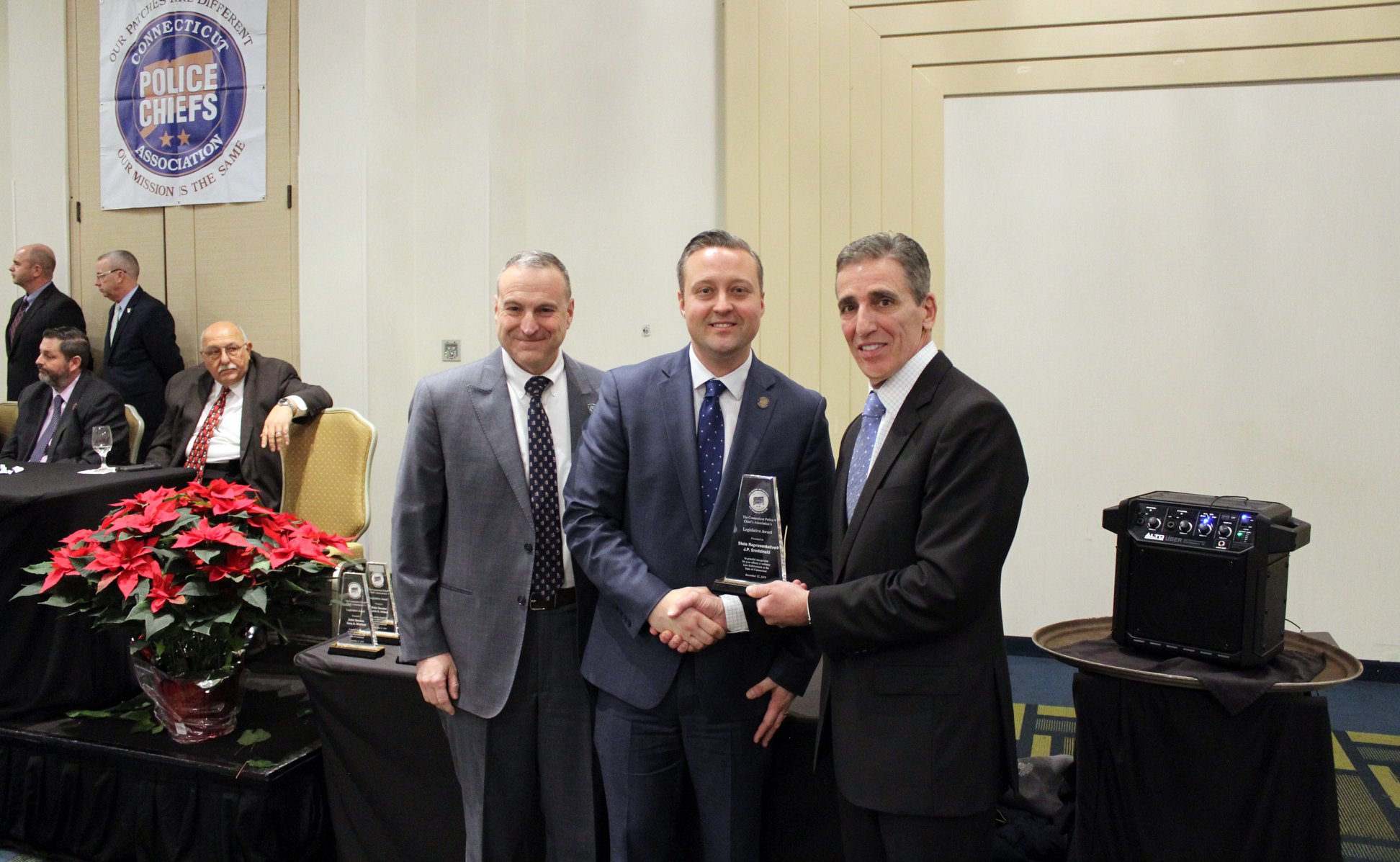 The annual award is given to legislators who demonstrate support for the police through their votes or public remarks.

“More than ever, it’s critical that we as a legislature provide police with the resources and support needed to keep our communities safe,” said Rep. Sredzinski, who is the ranking member on the legislature’s Public Safety and Security Committee. “I am always proud to stand with law enforcement and look forward to continuing my support during the 2020 session.”

There to present the award to Rep. Sredzinski was President of the CPCA Keith Mello and Chairman of the Legislative Committee for CPCA LJ Fusaro.

“Representative Sredzinski has for many years been a leader on many critical inclusions and exclusions on legislation affecting law enforcement,” commented President Mello. “He is always very knowledgeable on many aspects of public safety and how certain legislation would affect the law enforcement community. CPCA would like to thank him for his continued support and knowledge”

“The CPCA recognizes the level of difficulty legislators face in making decisions on public safety issues,” added Chairman Fusaro. “These issues can be contentious at times, and they require a balanced discussion, which Rep. Sredzinski has consistently practiced and promoted. The favorable votes and commentary he has made on behalf of law enforcement, both privately and publicly continue to inspire and encourage officers to serve the public. Without his support as a leader, we would not attract the quality of candidates we actively recruit.”