Rep. Sredzinski Celebrates His Heritage on Polish Day at the Capitol 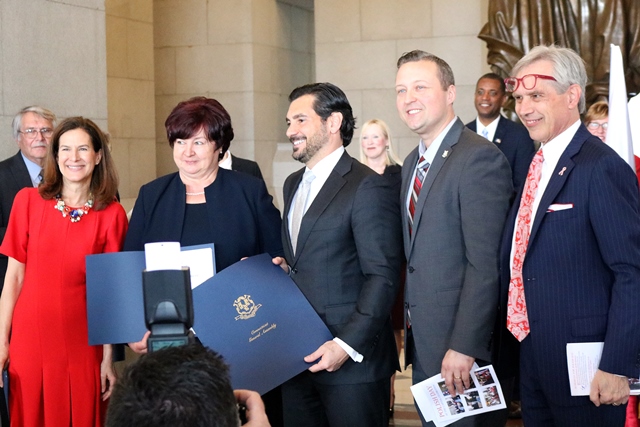 HARTFORD – Polish-American women from across the state were honored today for their achievements during a Polish Day celebration at the Capitol. State Representative JP Sredzinski (R-112) presented a General Assembly Citation to Elzbieta (Ela) Zlotnik, Principal of the Polish Language School in New Britain since 2011.

Born and raised in Poland, Mrs. Zlotnik relocated to the United States with her family in 2004. She originally began as a teacher at the Polish Language School, before becoming Vice President and now President. In 2017, she was awarded the Polish Ministry of National Education medal for her contributions to the education of Polish youth in the United States.

May 2nd is celebrated as Polish Diaspora Day and Flag Day in Poland. Diaspora Day is one that honors Poles living outside Poland. These events were celebrated today at the Capitol with traditional Polish dress and food. 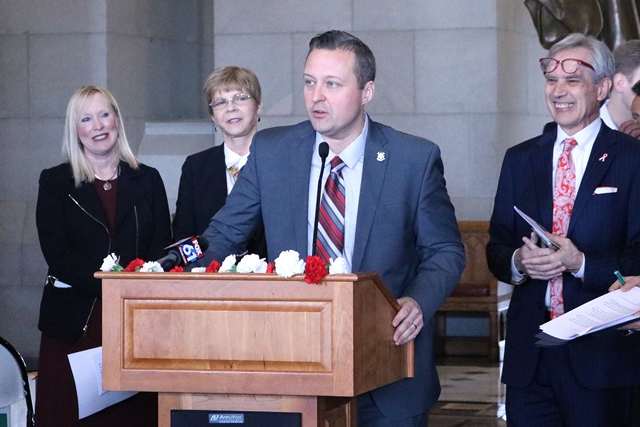 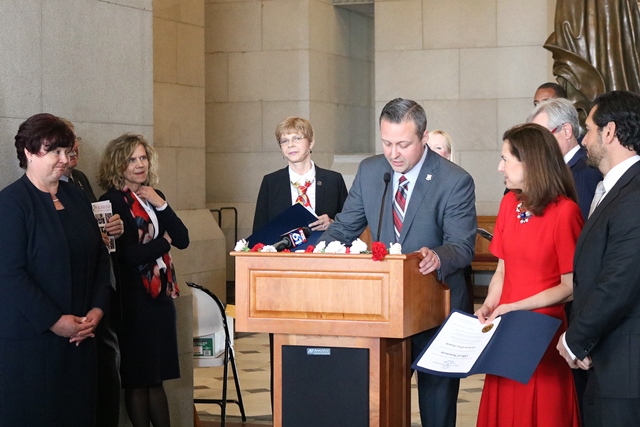