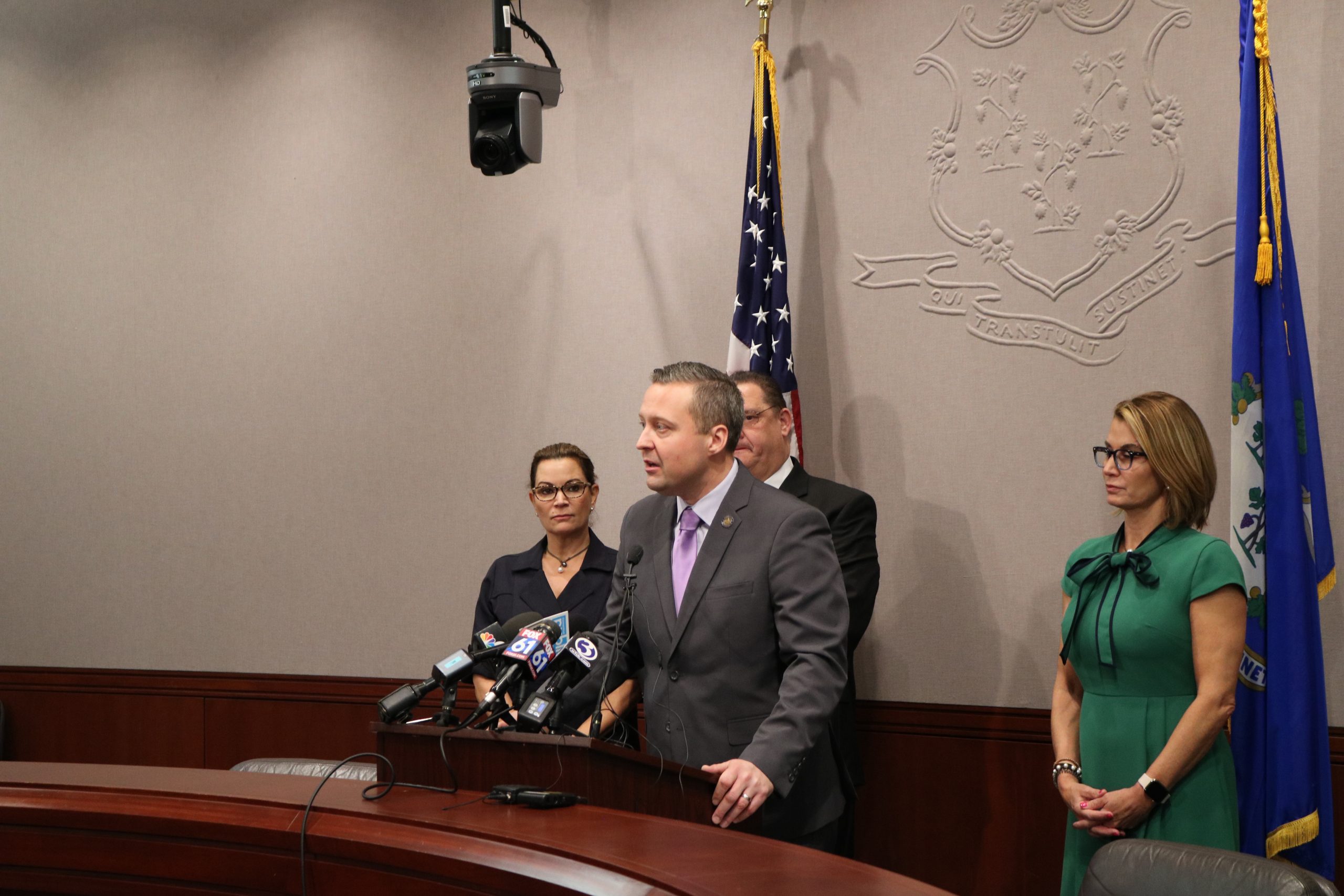 HARTFORD – State Representative JP Sredzinski (R-112) on Thursday joined fellow House Republicans in calling attention to a recently completed independent audit concluding that a workers compensation fund for workers affected by the Sandy Hook shooting may have been misused by the United Labor Agency (ULA), a charity controlled by the AFL-CIO.

According to state auditors, the ULA violated its fiduciary responsibility by comingling these charitable funds in its coffers, making it difficult, if not impossible, to determine where the remaining funds were directed.

“People from around the country and around the world gave their money in support of those victims of Sandy Hook who were affected by the tragedy, and specifically in this case, first responders and teachers who witnessed unspeakable tragedy,” said Rep. Sredzinski, whose district comprises a portion of Newtown, including Sandy Hook. “It’s a sad day when charity money dedicated to assisting victims of a horrific tragedy is abused. We as a government owe our constituents, and the families of the Sandy Hook shooting victims, more.”

The Sandy Hook Workers Assistance Program (SHWAP) was established by the state legislature following the December 14, 2012, shootings at Sandy Hook Elementary School to replenish lost wages for educators and first responders unable to return to work for a period of time. The legislature designated the Office of Victim Services (OVS) to facilitate the program until it ended on August 31, 2015, at which point, the remaining $115,827 was transferred to the ULA.

A deep-dive into the ULA’s handling of this money has been ongoing since February. Earlier this year, State Representative Mitch Bolinsky (R-106), who represents Newtown, was the first to call attention to possible mismanagement by the ULA, contending that two first responders were denied claims to the SHWAP.

This prompted House Republican Leader Themis Klarides and Rep. Bolinsky to write to state auditors in September concerned that the ULA may not have been honoring the legislative intent of the SHWAP and requesting that an independent audit of the ULA be conducted to that effect.

Earlier this week, the auditors released a report concluding that the ULA should have had $103,713 on-hand after administration fees were paid and monies to five claimants were distributed. However, the audit found that the ULA had only $16,088 available, a net deficit of over $76,000.

Because they were comingled with other revenue sources, the auditors said, it is likely that the remaining SHWAP funds were “used for other purposes.”

The release of the audit followed an intense public hearing held by the legislature’s Transportation Committee on Wednesday to investigate the possible misuse of funds by the Connecticut Port Authority.

At the press conference on Thursday, Reps. Klarides, Sredzinski, Bolinsky, and Nicole Klarides-Ditria said that, together, the Port Authority and ULA scandals intensify the need for an overhaul of how state money is handled and publicly reviewed.

“I hope that the audit of the ULA sheds some light on a very dark part of our government right now,” said Rep. Sredzinski. “Moving forward, we will continue to investigate this situation and work to eradicate any and all mismanagement of public funds within our government.”