Rep. Smith Update: Saying “No” to the Governor’s Request for $10 Million to Study Tolls

As you may have heard, Governor Malloy this week announced he is requesting $10 million in borrowed money to pay for a study on the impact of electronic tolling in Connecticut.

Toll legislation has been considered by the General Assembly each of the past five years, and it has never gotten a floor vote.  Thus far, significant public opposition to putting another financial burden on Connecticut taxpayers has prevented its passage in the legislature.

In the face of that opposition and despite several studies done prior, the governor nonetheless issued an Executive Order to proceed with a study that he says will show us what a toll proposal would look like and how much it would cost commuters.  I can tell you right now we don’t need a $10 million study to figure out that tolls will place yet another serious financial burden on our residents.

What we should be studying are ways to reduce the tax burden on families and businesses, not more ways to collect revenue from them.

In that vein, Republicans sent a proposal to Governor Malloy to address our transportation needs without imposing tolls – proposals that have clearly been ignored.

To that point, I would like to share with you a letter my colleagues – House Minority Leader Themis Klarides and Finance Committee Ranking Member Chris Davis – wrote to the governor asking him to remove the request from the Bonding Commission’s agenda.

I stand with my Republican colleagues in urging the Bond Commission to refuse the governor’s $10 million request as well.

The Commission is scheduled to meet on July 25.

Click on the image below to read the full letter: 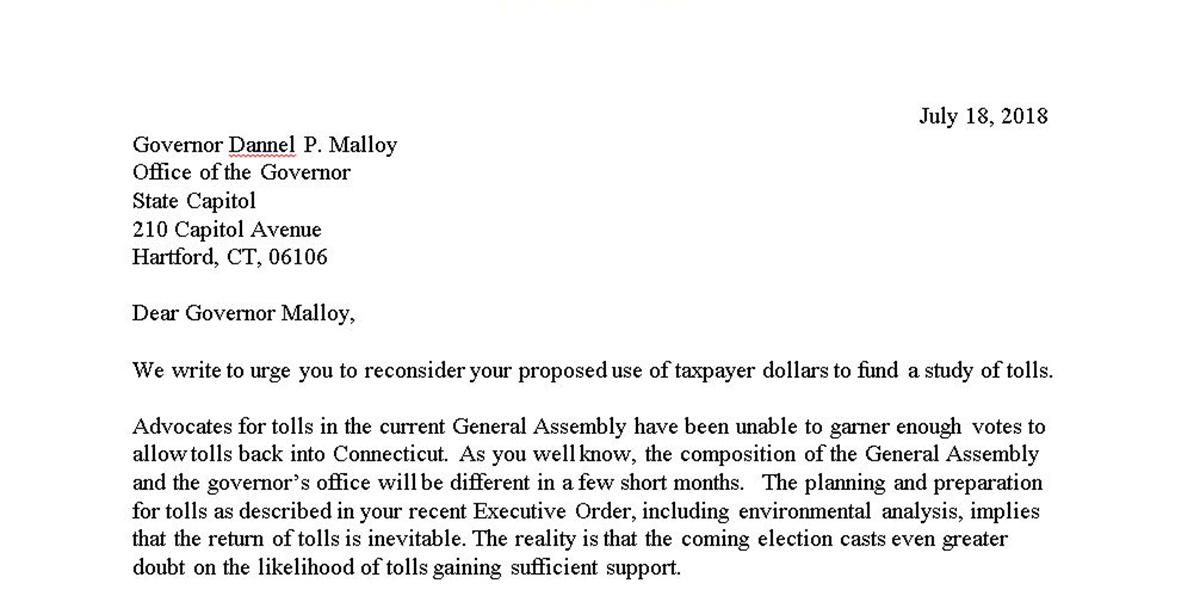