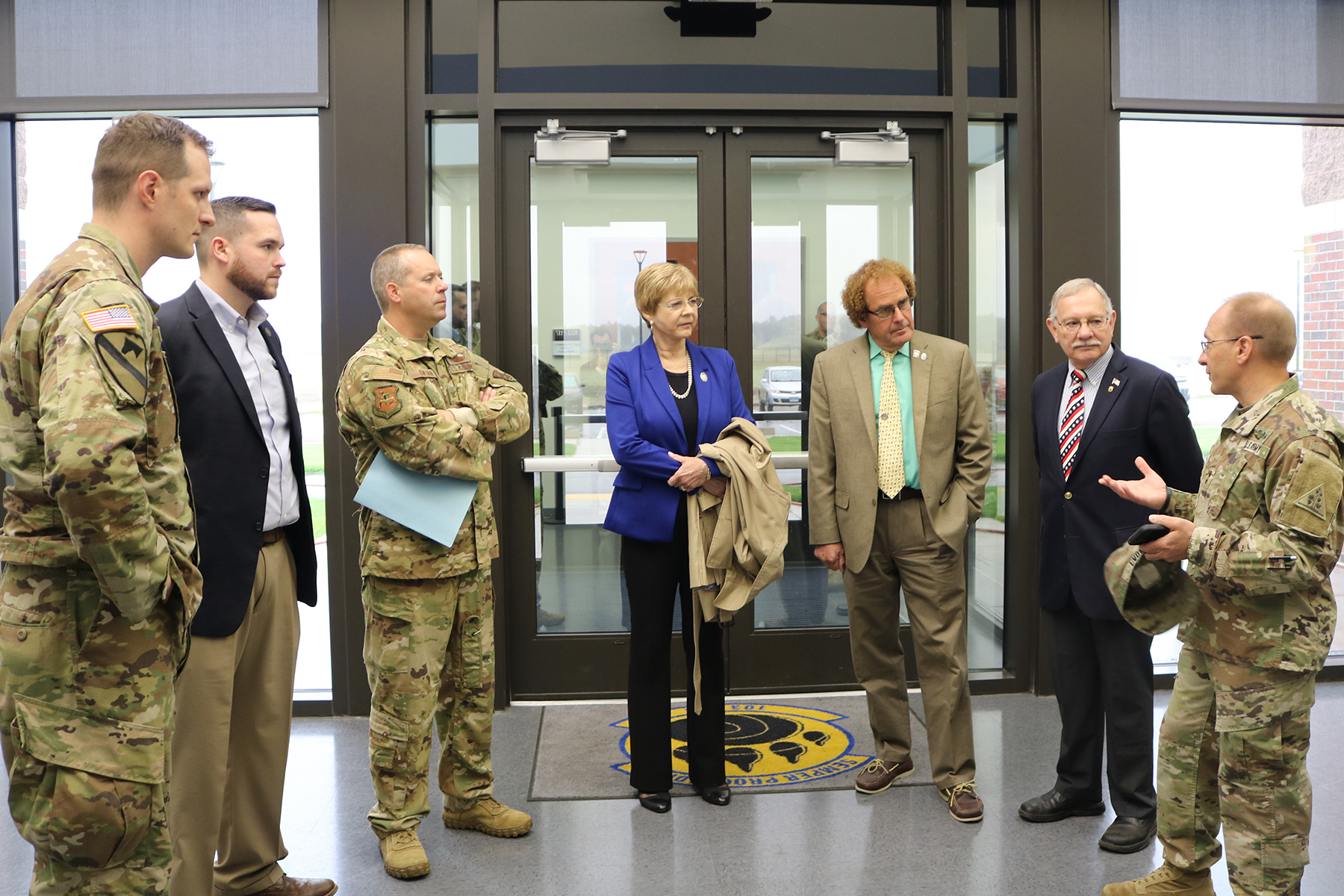 “I was very impressed with the new facility that the Connecticut Air National Guard has up at Bradley. It’s great to know that should disaster arise in Connecticut, and we need support, that they have the ability to get material to where it is needed quickly and efficiently –  this facility is key to that success,” said Rep. Delnicki.

“This new air terminal fits a surprising number of functions under one roof,” said Rep. Simanski. “I was thoroughly impressed with the planning that went into its construction. This is truly a state-of-the-art facility that will help the Air National Guard and Air Force efficiently execute their missions.”

Rep. Zawistowski commented, “I have so much respect and admiration for those who are willing to put their lives at risk to protect our freedom. It was good to see firsthand the important work that goes on at the base to support missions vital to our nation’s protection.”

The 103rd Airlift Wing nicknamed the “Flying Yankees” is among the oldest units in the country, beginning as an observation unit in World War One. For more information visit their website at www.103aw.ang.af.mil.