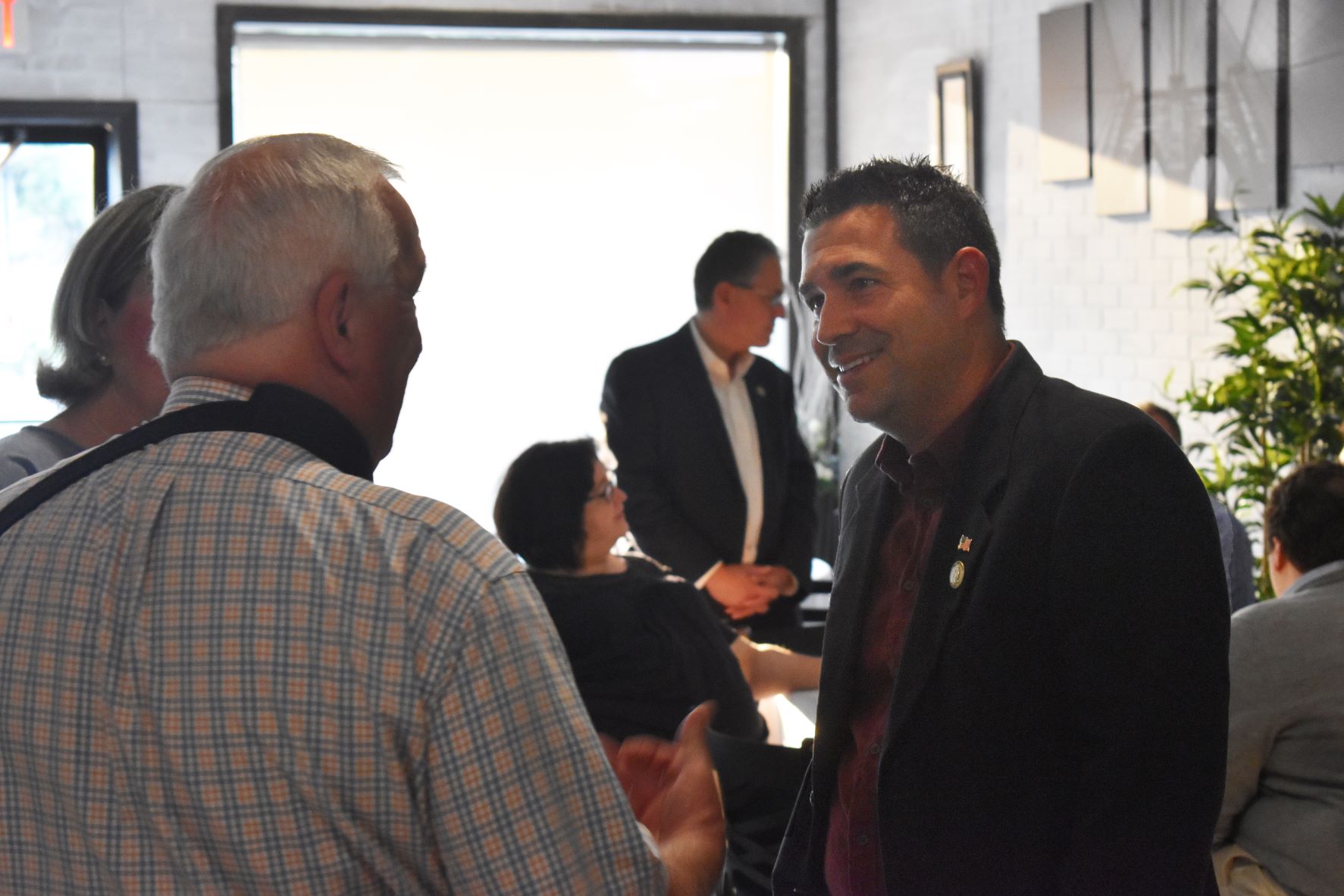 Over 30 people came out to the event, which featured free food and conversation around the major events of the 2021 state legislative session, including the legalization of marijuana in Connecticut, the enactment of new statewide zoning laws and the imposition of a mileage fee on heavy trucks.

Scott also explained how his work to build strong relationships with other colleagues paid off at the State Capitol. He said that working with Rep. Greg Howard, a police detective in Stonington and Scott’s seatmate, along with his local police chief helped Scott advance policies to better support law enforcement and respond to recent juvenile crime in Monroe and statewide.

He also shared how these relationships, which often cross party lines, have helped Scott and other lawmakers build up a ‘firewall’ of Republican and moderate Democrat legislators against controversial tax hikes like the Governor’s TCI Plan and some of the more invasive zoning mandates contemplated this year.

“I’m always looking out for the best interests of Monroe and Newtown, and where our local interests align with those of other communities, we try to collaborate to find a common ground that benefits everybody,” Scott said. “But, in Hartford, circumstances are always changing. The emergency certification process for bills can allow even the longest, most complex legislation to be called for a vote with less than a day’s notice, before the public has even had a chance to read it! That means it’s all the more important to have a strong minority voice in the House chamber to ensure that all towns are not only being represented in policy discussions, but our concerns and hopes are actually being heard.” 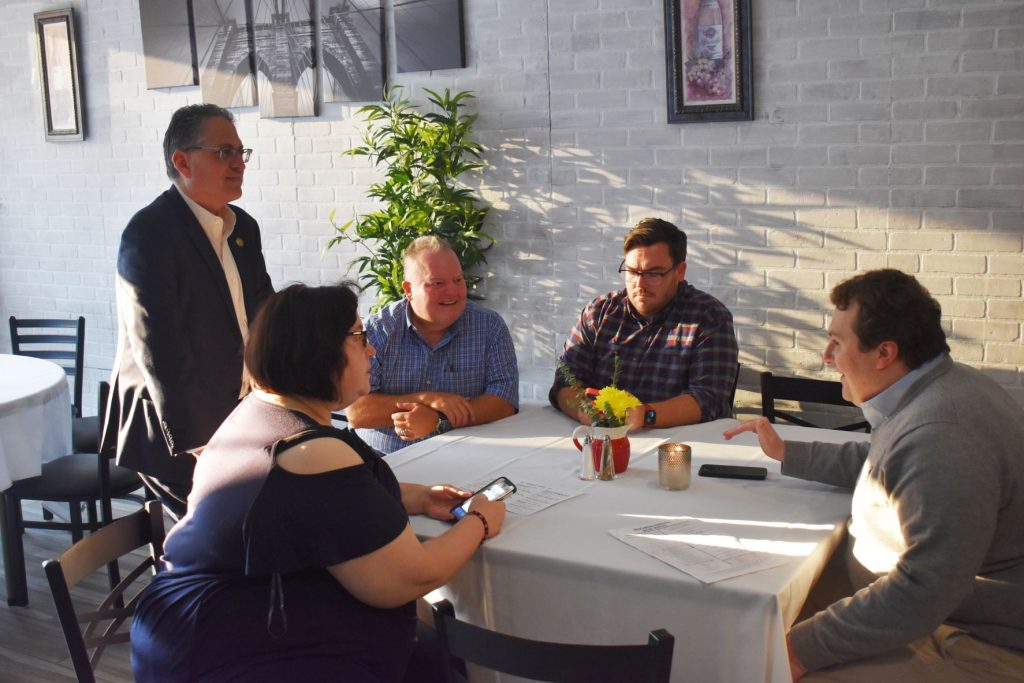 First Selectman Ken Kellogg shared with residents how new laws enacted during the 2021 state legislative session, including new statewide zoning regulations regarding the use of “accessory dwelling units” (ADU’s), might impact the Town of Monroe.

Scott also explained how the next regular legislative session, referred to as the “short session”, differs from the alternating “long session”. From February to May next year, lawmakers are expected to make adjustments to the budget and pass fewer bills. They are also expected to meet in a special session before then to distribute Connecticut’s $1.1 billion share of funding under the American Rescue Plan Act.

Representative Scott encourages constituents in the 112th District to contact him at any time at Tony.Scott@housegop.ct.gov or by calling 860-240-8700. They can also stay up-to-date on bills and future events by signing up for Rep. Scott’s email newsletter at www.RepScott.com.