Scott Takes the Oath to Serve Monroe and Newtown 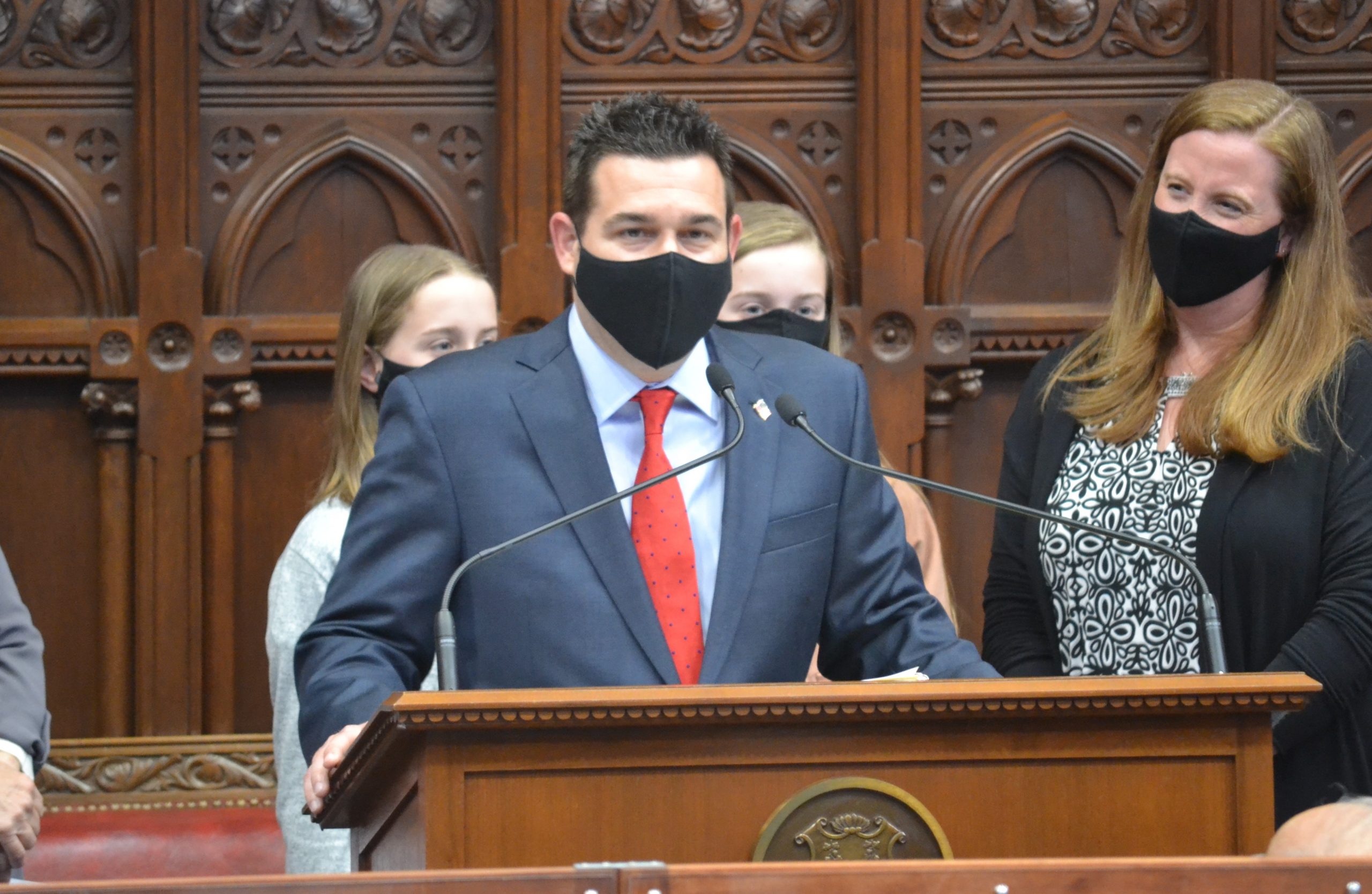 HARTFORD — State Representative Tony Scott (R-112th) was sworn in for his first term at the State Capitol in Hartford today alongside his wife, Jennifer, and two daughters. Scott, who joins his 150 colleagues in the House of Representatives at the halfway point of the 2021 legislative session, says he is ready to get to work for the residents of Monroe and Newtown.

While the legislature is entertaining proposals to implement a new gas tax, place tolls on commercial shipping and double the existing deposit on bottles and cans, Connecticut workers are already seeing less take-home pay in their wages due to a new payroll tax used to fund the state’s new Paid Family Medical Leave Program. Rep. Scott, a longtime resident of Monroe, says he is concerned about the impact of new taxes on his district as the state’s economy recovers from the pandemic.

“Our House Republican caucus has been vocal in speaking out against policies and new proposals at the state level that raise the cost of living for our residents, instead putting forward an alternative vision that promotes fiscal responsibility and will position Connecticut for future growth. While a popular selling point for every new tax is that they may sound small on paper, the reality is that they all add up quickly and make it vastly more expensive to live and do business here. The cost of government should not be a burden on those it serves, and I stand ready to represent the hardworking residents of Monroe and Newtown in this ongoing debate in Hartford,” said Rep. Scott.

As debate at the Capitol continues and the legislature moves forward in the process of setting the state’s budget, Rep. Scott encourages his constituents to keep in touch by calling his office at (800) 842-1423 (toll-free) or by writing him an email at Tony.Scott@housegop.ct.gov.

Constituents can also visit RepScott.com to sign up for regular legislative updates throughout the session, which is scheduled to run until June 9th.