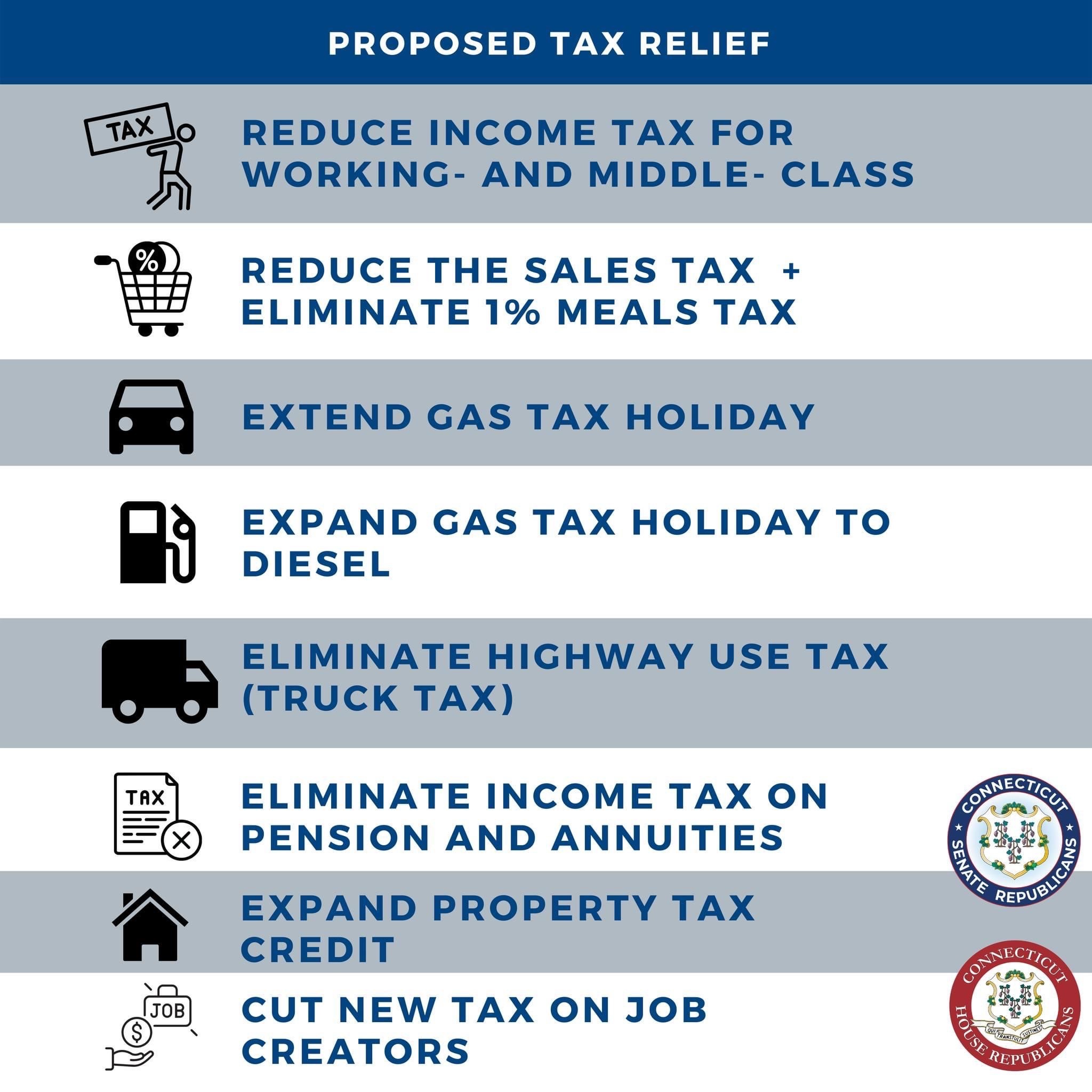 Bolinsky observed: “Connecticut’s current operating surplus has swollen to about $4-Billion. That cash did not appear magically, it is a result of every taxpaying individual and business in our state being overtaxed for services promised and not delivered, especially during the two-years in which the state government was not responsive to hundreds of thousands of urgent taxpayer requests for help. Anyone who questions that should ask themselves ‘What’s improved over the past two-plus years?’  ‘How are our roads?’  What’s moving forward in our public schools?’

‘Where’s the grand plan for our economy in this state, where fewer people are employed today than before the pandemic and, fewer even than prior to the 2008 economic downturn?’ ‘Where did our tax dollars go?’

Rep. Scott stated: “Several weeks ago, we voted in favor of suspending the gas tax because we were hearing from our constituents about the financial struggles caused by skyrocketing prices at the pump and at the grocery store, which have been caused by record inflation that has hit a 40-year high. As a result, those cost increases have led to increases in state tax revenue and that needs to be returned into the hands of the people who need it the most, our taxpayers. Our plan does just that, by cutting taxes on the goods and services that people use every day. Though that won’t solve all our financial problems, it’s a start and it will provide immediate financial relief for Connecticut residents.”

Rep Bolinsky concluded, saying: “It’s time to return the overpayments to the taxpayers!  The Governor and his legislative majority are pushing budgets as it the overtax-surplus is something they’re entitled to spend as they see fit.  In a time of historically-high inflation, energy costs and stagnant private sector wages, working people can put this money – THEIR MONEY – to better use than the folks who are married to special-interests in Hartford ever can.  When all is said and done, we’ll still have Billions in ARPA dollars and federal infrastructure funds to invest.”

Legislative Republicans, including Reps. Bolinsky and Scott are pushing back against Governor Ned Lamont’s view that Connecticut is limited in providing tax relief by the federal American Rescue Plan Act. At least three district courts disagree with the Governor’s view and at least 18 other states have challenged President Biden’s unconstitutional overreach on a state’s tax cutting ability. Their success in the courts has allowed these states to provide significant bipartisan tax relief to their residents with Republican and Democratic governors signing income tax cuts into law.