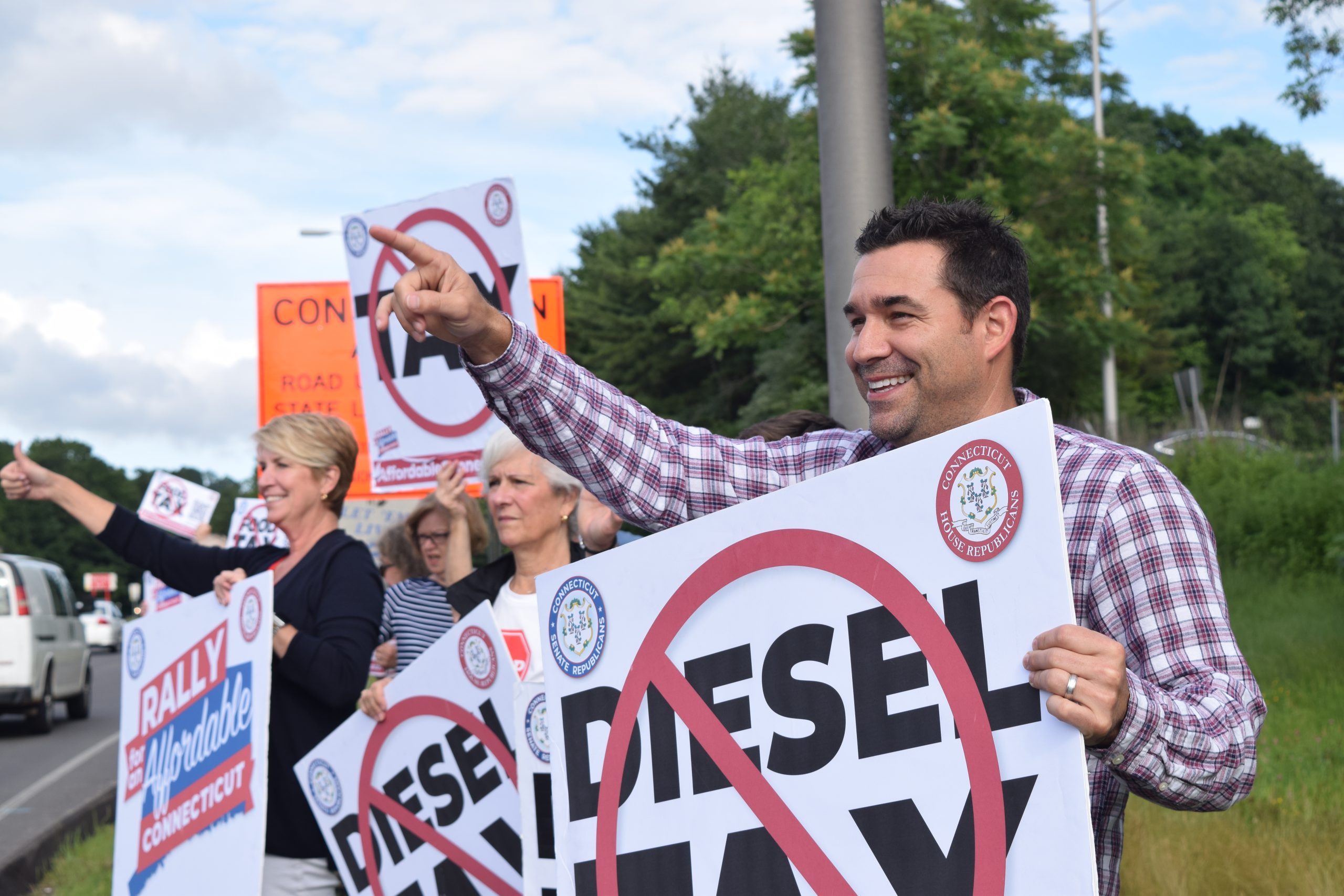 TRUMBULL – Rep. Tony Scott joined fellow lawmakers and others who are fed up with high gas prices, inflation and unrelenting taxation that has squeezed their household budgets during a recent rally to draw attention to a joint plan by House and Senate Republicans to make Connecticut more affordable.

Rep. Scott issued the following statement about the rally:

“The support we received Thursday evening in Trumbull was overwhelming and the message was clear – residents are fed up with skyrocketing prices at the pump. We stood out at the intersection of Routes 25 and 111 to draw attention to that dramatic rise and to let people know about our plan to do something about it.

We heard the honks from all of you and we know that people are struggling to make ends meet when they see so much of their hard-earned dollars suddenly going into their gas tanks. And Republicans are thinking not just about today, but also this winter when the bill for home heating oil may come to more than $1,500 for 300 gallons.

And while Connecticut families are struggling to fill their tanks, the state, which is flush with cash from taxpayers already, is expected to raise the tax on diesel by 9 cents on July 1! That will bring the tax on diesel to 78 cents per gallon. Because so much of the products we use every day are brought in by trucks that use diesel, that increase will only serve to drive up the cost of those products. That tax can be suspended, but collectively as lawmakers, we need to act.”

Republicans have called for a suspension of the tax on diesel, but majority Democrats have failed to join them to make that happen. Even at the federal level, the president is calling for a gas tax holiday and Rep. Scott said lawmakers on both sides of the aisle should be calling a special session of the legislature in Connecticut in order to cut that tax, as well as implementing other parts of the plan that would provide relief to residents.

If you’d like to learn more about our plan and join that call for a special session, you can visit affordableconnecticut.com to sign the petition.

Also, see this article from the CT Mirror, which touches on those tax increases: ctmirror.org/2022/06/01/diesel-tax-hike-ct-new-truck-mileage-fee-inflation-consumers/