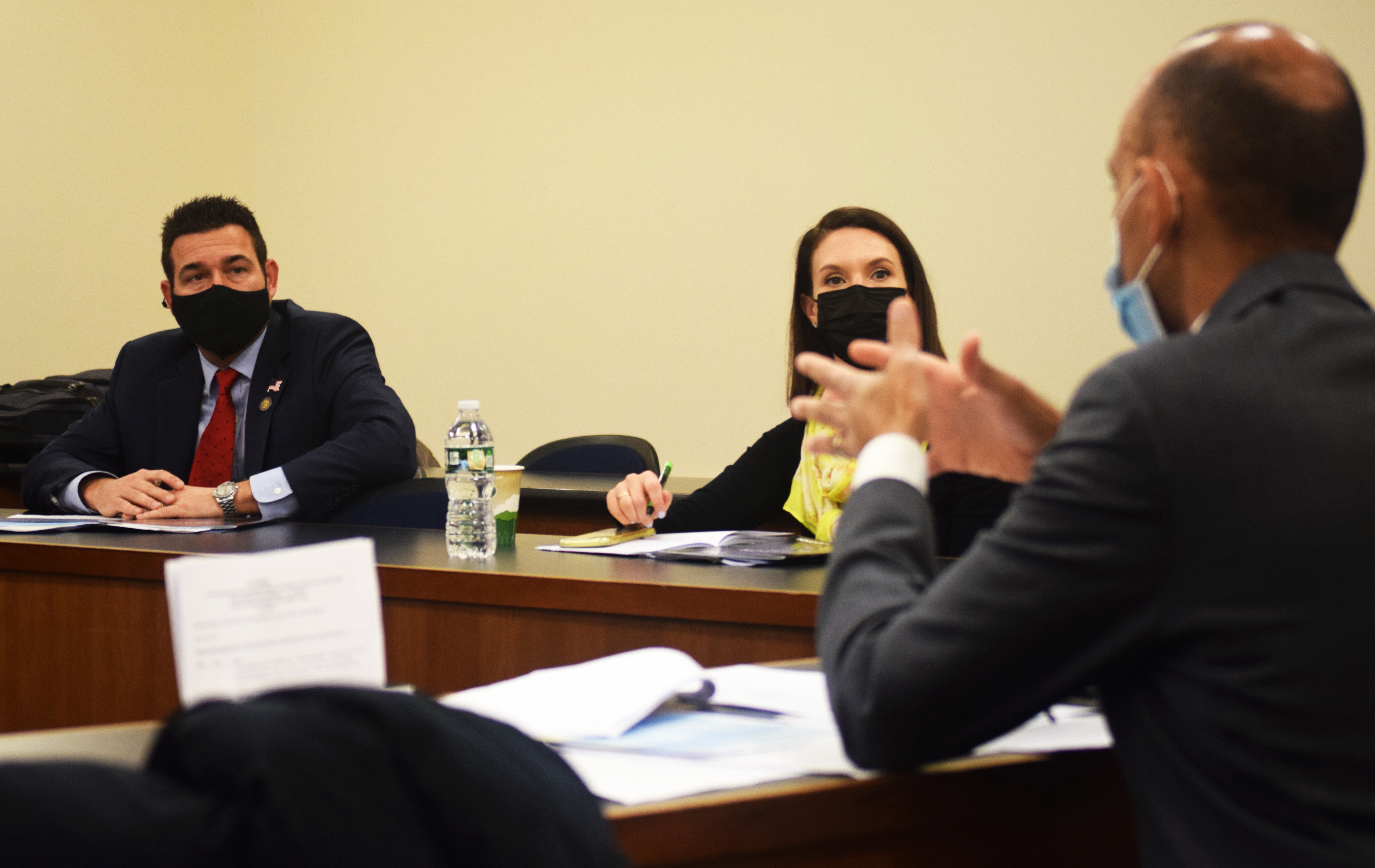 STAMFORD – Rep. Tony Scott, R-Monroe, met Tuesday with Dr. Andrew Agwunobi, the interim president of the University of Connecticut, and was updated on the challenges facing the school, as well as its tech innovations.

Representative Scott, who serves as a member of the Higher Education Committee, was joined in the meeting in Stamford by his House Republican colleagues, Reps. Tom O’Dea, R-New Canaan, Wilton, and Harry Arora, R-Greenwich. 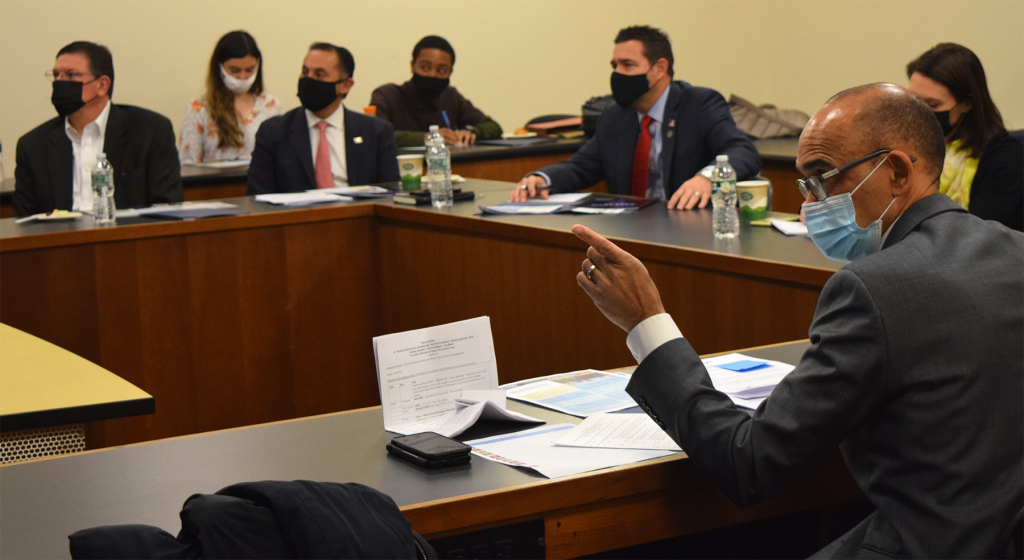 Representative Scott also toured the UConn Digital Technology Incubation Space in Stamford where he had an up-close look at the facility, which fosters cooperation between the university and start-up technology companies that are creating tools for fighting cancer, commercial drones that can deliver products across Long Island Sound and cutting-edge pharmaceuticals, among other innovations.

Some of those companies are launched by students and are given room in UConn’s incubation space, which provides multiple rooms for the start-ups. At least some of those companies have grown into multi-million-dollar enterprises, according to Dr. Mostafa Analoui, the head of UConn’s Technology Incubation Program. 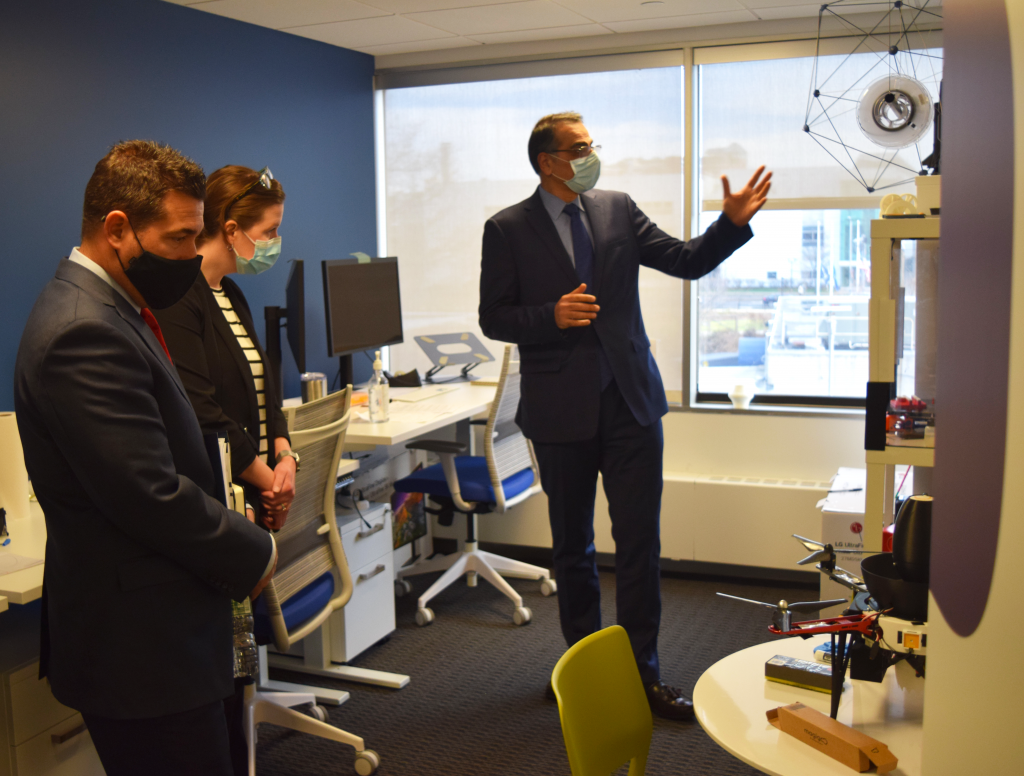 Shown on the right is Dr. Mostafa Analoui, the head of UConn’s Technology Incubation Program, as he guides Rep. Tony Scott, on left, during a tour of Wave Aerospace, a company that is developing a commercial delivery drone capable of reaching speeds of more than 100 mph.

“It was a pleasure to meet with Dr. Agwunobi to get an update on university operations,” Rep. Scott said. “I’m proud that our Connecticut universities are helping to grow the young minds our state needs for the future. While global supply chains are breaking down, causing increases in the cost of everyday products, it’s encouraging to see homegrown companies – developed by our students – that may provide a boost to our state’s economy.” 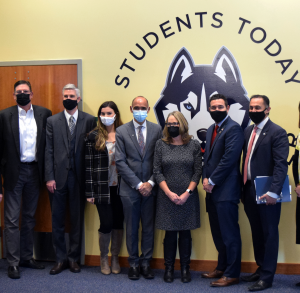 Dr. Agwunobi thanked Rep. Scott and his fellow legislators for their leadership in the House and told them he appreciated their service to the state. Despite declining enrollment at other public and private schools in the country, UConn admitted about 24,000 undergraduate students and 8,000 graduate students this year, according to Dr. Agwunobi.

“This is a great state. We think this is a great flagship university,” Dr. Agwunobi told the legislators. “Things seem to be turning around for the state and moving in the right direction and you’re a big part of that and I just wanted to thank you for all you’re doing.”

Representative Scott encourages constituents in the 112th District to contact him at any time at Tony.Scott@housegop.ct.gov or by calling 860-240-8700. They can also stay up-to-date on bills and future events by signing up for Rep. Scott’s email newsletter at www.RepScott.com.