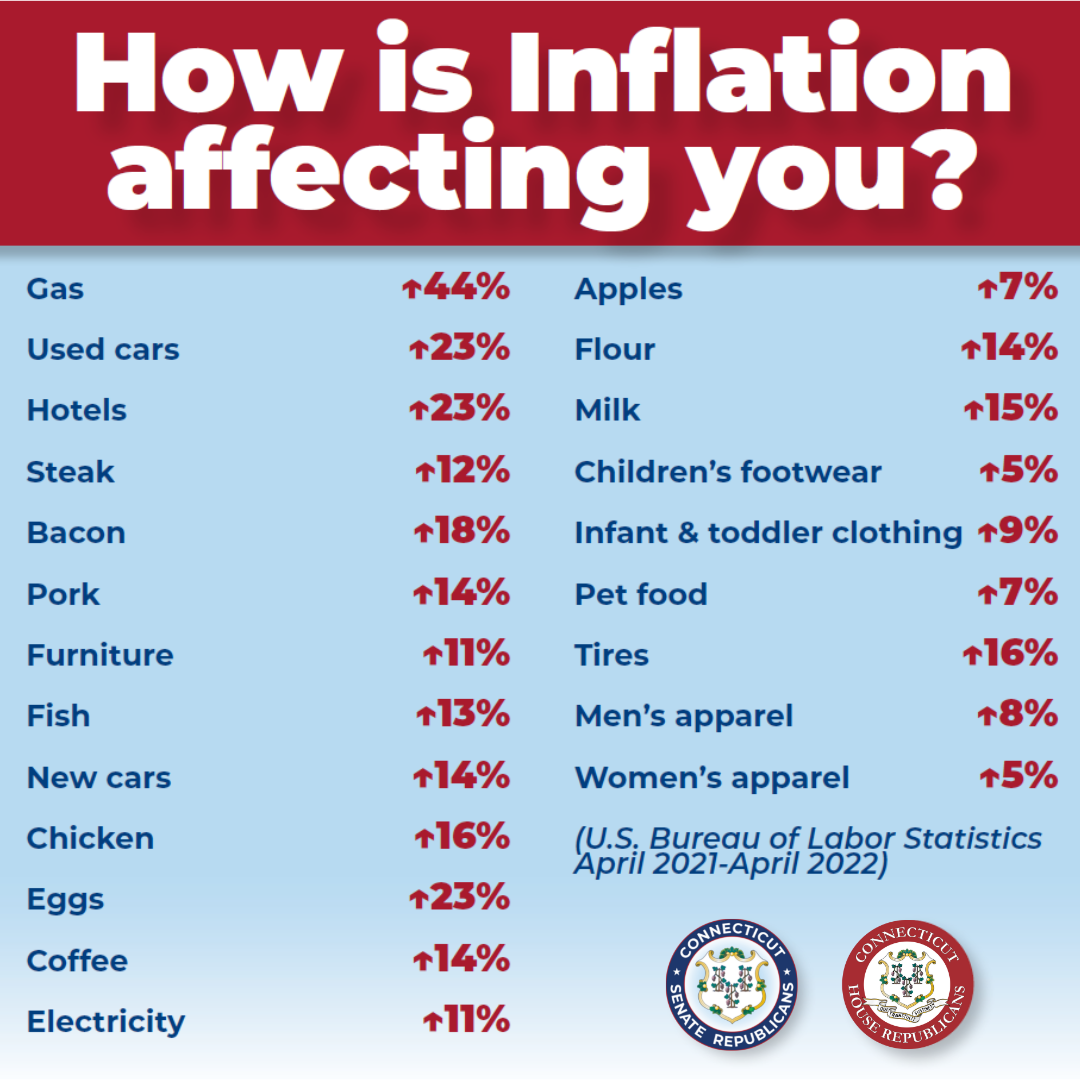 HARTFORD – Rep. Tony Scott, R-Monroe, joined his fellow Republicans on Tuesday in calling for a special legislative session to bring relief to struggling families as they face historic inflation, while state government surpluses continue to grow.

From dramatic increases at the gas pump, to the soaring cost of home heating oil, every one of us in this state has felt the financial squeeze.

As it stands now, the situation will only get worse unless action is taken. A Highway Use Tax, known as the truck tax, is scheduled to begin in January. It will be a charge on each mile driven by the trucks that bring us our essential goods and will only serve to increase costs at our retail and grocery stores, as well as at the pump.

But something can be done to immediately address the situation and that’s why Rep. Scott and his fellow Republicans in the House and Senate are calling for the legislature to hold a special session so they can enact proposals to make more than $1 billion in tax cuts for residents.

The proposals include reducing the sales tax to 5.99% through 2022, increasing funding for a home energy assistance program and the elimination of the entire state excise tax on diesel through the end of 2022.

The Republican plan will:

The plan maintains a balanced budget while returning nearly $1 billion in inflation-related surplus revenue to Connecticut residents. Republicans have proposed many of these cuts during the past legislative session but majority Democrats failed to join them to make it happen. Now, we find ourselves in a worsening situation.

Republicans will be going across the state to share their proposals for an affordable Connecticut, including cutting the income tax, sales tax, and taxes that drive up the costs of food, including the diesel tax and the new CT truck tax.

To learn more about the plan, you can visit www.affordableconnecticut.com

Republicans also are urging residents to join their call to action to lawmakers across the state and sign a petition demanding that the legislature be called back for a special session so these soaring costs can be addressed. To join the petition, visit www.affordableconnecticut.com/#join