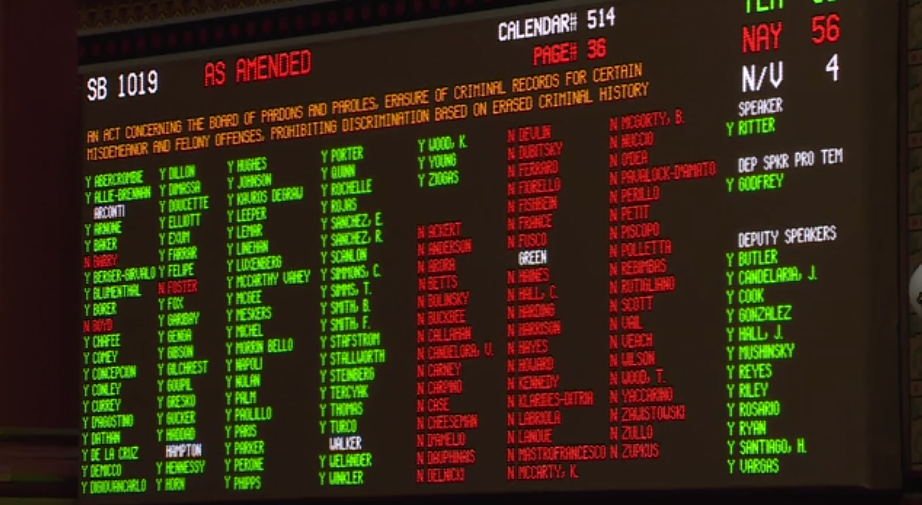 HARTFORD, Conn. — State Representative Tony Scott (R-112th) voted against a bill Thursday night that would automatically conceal a broad range of criminal and misdemeanor offenses from Connecticut employers and landlords during a criminal background check.

Senate Bill 1019, which was referred to the House following a party-line vote in the Senate, would erase all Class E and certain Class D felonies from an individual’s criminal record after a defined period, including certain hate crimes, criminally negligent homicide and the possession of a firearm on school grounds.

“One week after we voted to finally require background checks for coaches and youth camp employees in the state of Connecticut, this legislation is a step in the wrong direction. As a father of two children, I’m deeply troubled by the thought that we’re deciding unilaterally that certain convictions on an individual’s criminal record must be kept from parents, all without the victims of crime having any say in the matter,” Rep. Scott said.

A successful maneuver by House Republicans early in the evening precluded certain class D felonies and class A misdemeanors from erasure in the final bill, while requiring that victims be notified prior to the erasure of crimes committed against them. But additional amendments offered by Republicans to prevent the automatic erasure of a negligent homicide, certain crimes against children and bribery offenses were defeated as the majority of House Democrats voted to block the changes.

The original version of the bill, which would still automatically erase convictions for possession of child pornography, violent assault and other offenses, passed the Senate 23-12 the previous night with all Senate Democrats voting in favor.

Rep. Scott and House Republicans point out the potential for violent felons to obtain work with children, the elderly and other vulnerable populations under the bill’s provisions.

They argue that the state of Connecticut already provides a variety of pre-trial diversion programs to help first-time offenders keep low-level convictions off their records, while those already convicted of a criminal offense can elect to receive an erasure by petitioning the Board of Pardons and Paroles.

“This state already provides a pathway to erasure for every offense listed in this bill, a pathway that already works for the vast majority of those who take the steps necessary to have their record erased. It’s also a process that allows the victims of crime — who are often forgotten in these debates — to be heard,” Rep. Scott stated.

Under Senate Bill 1019, however, many crimes would be automatically erased without the victims even having an opportunity to testify against the motion.

Following the House’s approval in concurrence with the Senate, the bill heads to the Governor’s desk.