Connecticut families need relief at the gas pump, here’s our plan to help 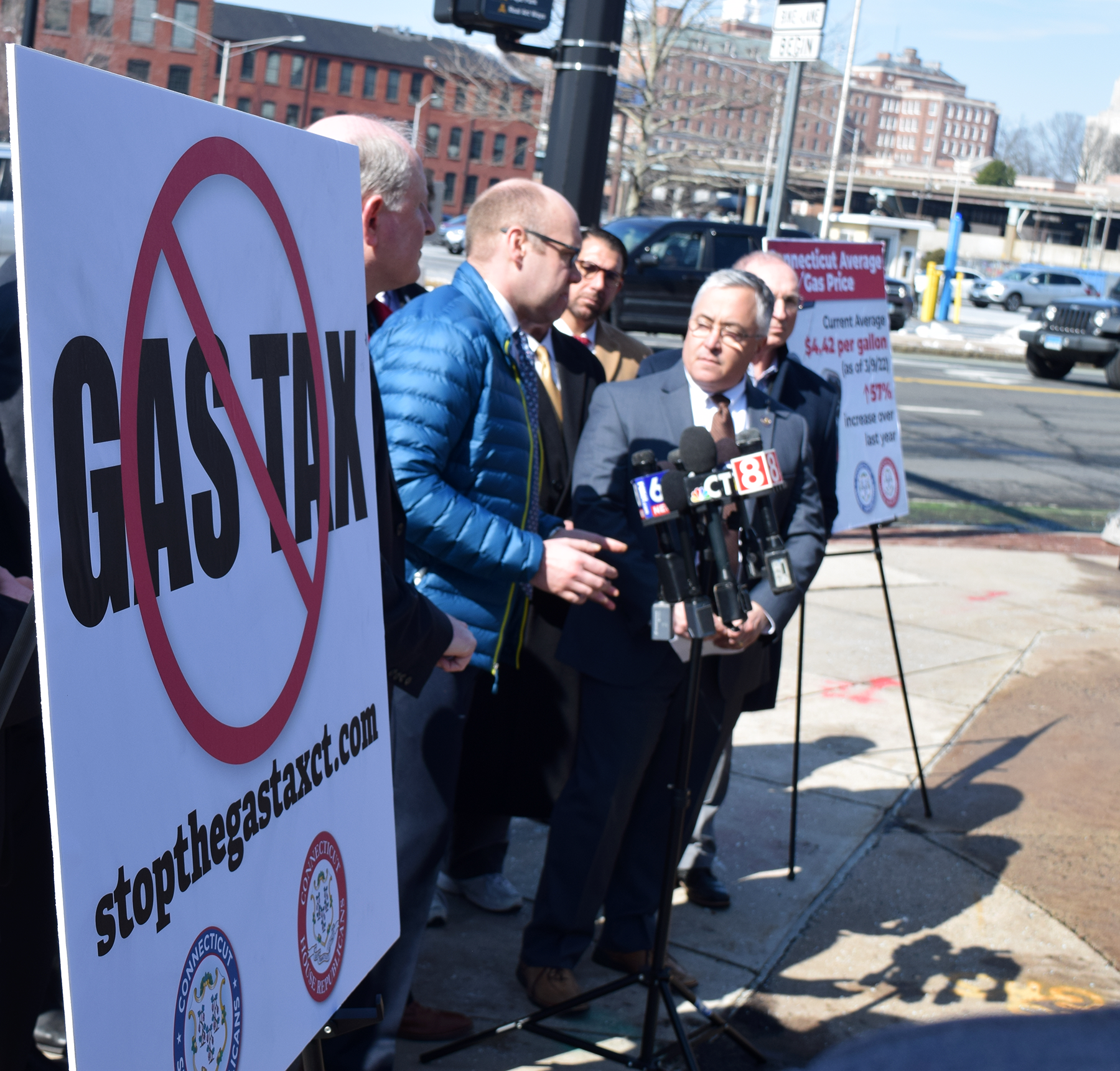 HARTFORD – Drivers need relief at the pump and they need it now.

Gas prices have now passed an average of $4.41 per gallon, families are struggling to make ends meet due to this dramatic increase. My fellow House Republicans have called on Democrats to support our emergency legislation that would suspend the Petroleum Gross Earning Tax through July 1 of this year.

Suspending that state tax, would provide drivers with 26.4 cent, per gallon relief. Connecticut’s prices are above the national average and are in the Top 10 nationwide. Taxes make up nearly 16 percent of that per gallon price. And these high prices have a domino effect on people’s finances, forcing them to make difficult decisions within their households.

We are also demanding that our federal lawmakers support a halt to the federal gas tax of 18.4 cents, which would combine to give people an immediate savings of 44.8 cents on every gallon of gasoline.

Admittedly, these two proposals won’t solve all of the problems of excessive gas prices, but it will provide some breathing room for families, commuters and those of us who are feeling the financial squeeze with every fill up.

Connecticut has a record state budget surplus and with record high gas prices, there is no better time to cut gas taxes. We are also calling on our counterparts to reconsider a truck tax they passed, which only increases the price of consumer goods.

Republican leaders are calling on state lawmakers to adopt these proposals immediately during the legislative session scheduled for Wednesday, March 16. You can learn more about our proposals by visiting this website: www.cthousegop.com/gas_tax/