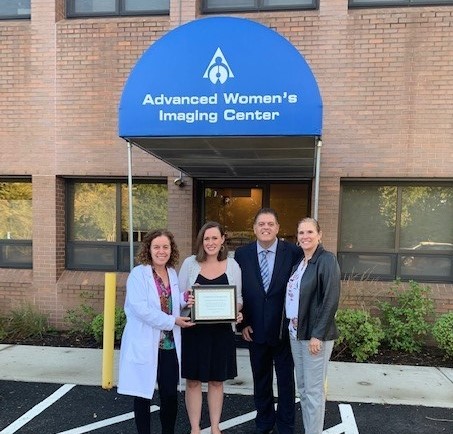 One bill provides major benefits to women who have their annual mammogram and, if there is a problem that requires follow-up treatment or surgery, that it is provided to the patient without any out-of-pocket costs.  The new law, Public Act 22-90, takes effect in January.

“I was pleased to work to enhance the insurance coverage for women who need to have their annual mammogram, as well as any necessary follow-up treatments at no cost to the patient.  We are sending the message that the early detection of breast cancer saves lives,” Rep. Rutigliano said.

The second piece of legislation, Public Act 22-33, provides new resources to the state’s Breast and Cervical Cancer Early Detection Program, to assist more women who need their annual mammogram but lack the financial resources to pay for it.   The new law also mandates that these women have the very best imaging test possible, called Brest Tomosynthesis, which is a three-dimensional mammogram that allow the physician to identify even the smallest of cancers earlier.  The program serves approximately 4,400 women a year at a cost of $2.2 million.

Thomas Farquhar, M.D., legislative chair of the Radiological Society of Connecticut, thanked Rep. Rutigliano for his support of the bills.  “The General Assembly has taken important steps to expand the early detection of breast cancer, and I have no doubt lives will be saved as a result.”

Rutigliano made the comments and at news event in Fairfield to discuss October as being Breast Cancer Awareness Month.