Devlin & Rutigliano with House, Senate Republicans Call for Repeal of Highway Use Tax on Trucks 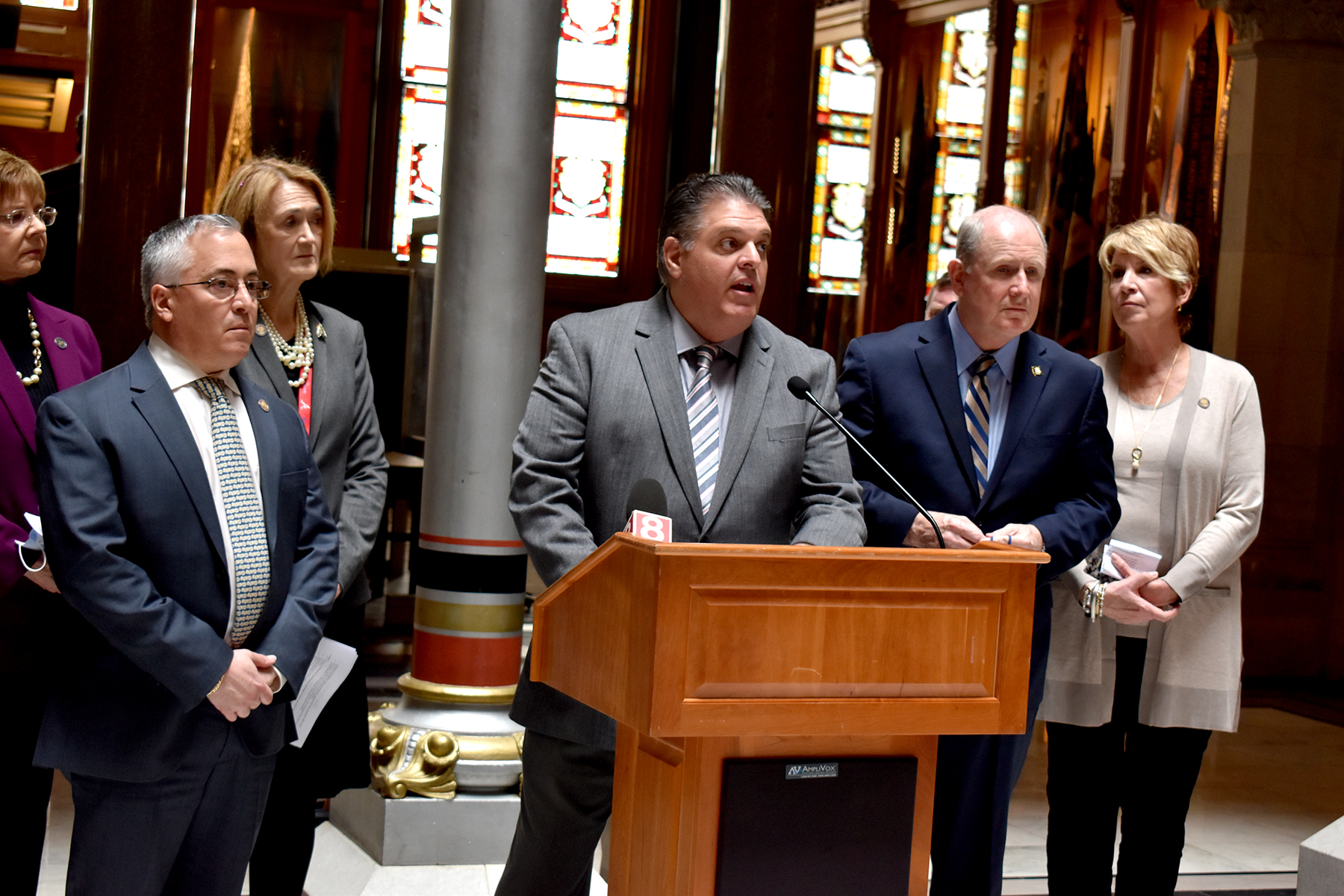 Call for Finance Committee hearing on the issue

HARTFORD—State Reps. David Rutigliano (R-123) and Laura Devlin (R-134) along with their House Republicans on Wednesday again called for the elimination of the highway use tax (HUT) on heavyweight trucks as Democrats say they now want to exempt the agriculture industry from the controversial tax they approved during the 2021 legislative session.

At a news conference Wednesday, House and Senate Republicans, after Democrats stood with the Farm Bureau in calling for a suspension of the HUT tax that is set to go into effect in January 2023. Republicans criticized legislative Democrats for calling for the agricultural exemption even though they have refused to take up a Republican bill in the Finance Committee regarding the HUT tax.

Republicans said the Finance Committee should have a public hearing on the issue to allow industries beyond the agricultural sector to weigh in on the subject.

Democrats, before voting for the truck tax last year, rejected two Republican amendments (LCO 10638, 10647) in the House of Representatives that would have exempted agriculture-related trucking as well wholesale trucking for food delivery.

“Now that some in the legislative majority see the potential pain their tax will inflict on the state’s farming community, they want a political do-over,” said Rep. Laura Devlin (R-134), Deputy House Republican Leader. “The truth is the ‘truck tax’ was bad policy then and it’s bad policy now that will negatively affect the cost of everything we buy as consumers not just agriculture products, particularly as diesel fuel prices hit $5.12 a gallon.”

Rep. Rutigliano expressed disappointment during debate last year on the Truck Tax, that an amendment he put forward to exempt trucks in the agricultural sector and all trucks carrying food from the truck tax was defeated and now some of the same people who opposed the amendment are trying to score political points.

“Working families need relief now. People are struggling to put food on the table due to the high costs associated with shipping. We looked to address this last year but were rejected, I stand again ready to provide additional relief to Trumbull families,” said Rep. Rutigliano.

HUT is expected to raise $45 million in its first year and $90 million annually thereafter. Republicans, citing a substantial surplus in the state’s Special Transportation Fund, say the tax just isn’t necessary and should be repealed before it begins.