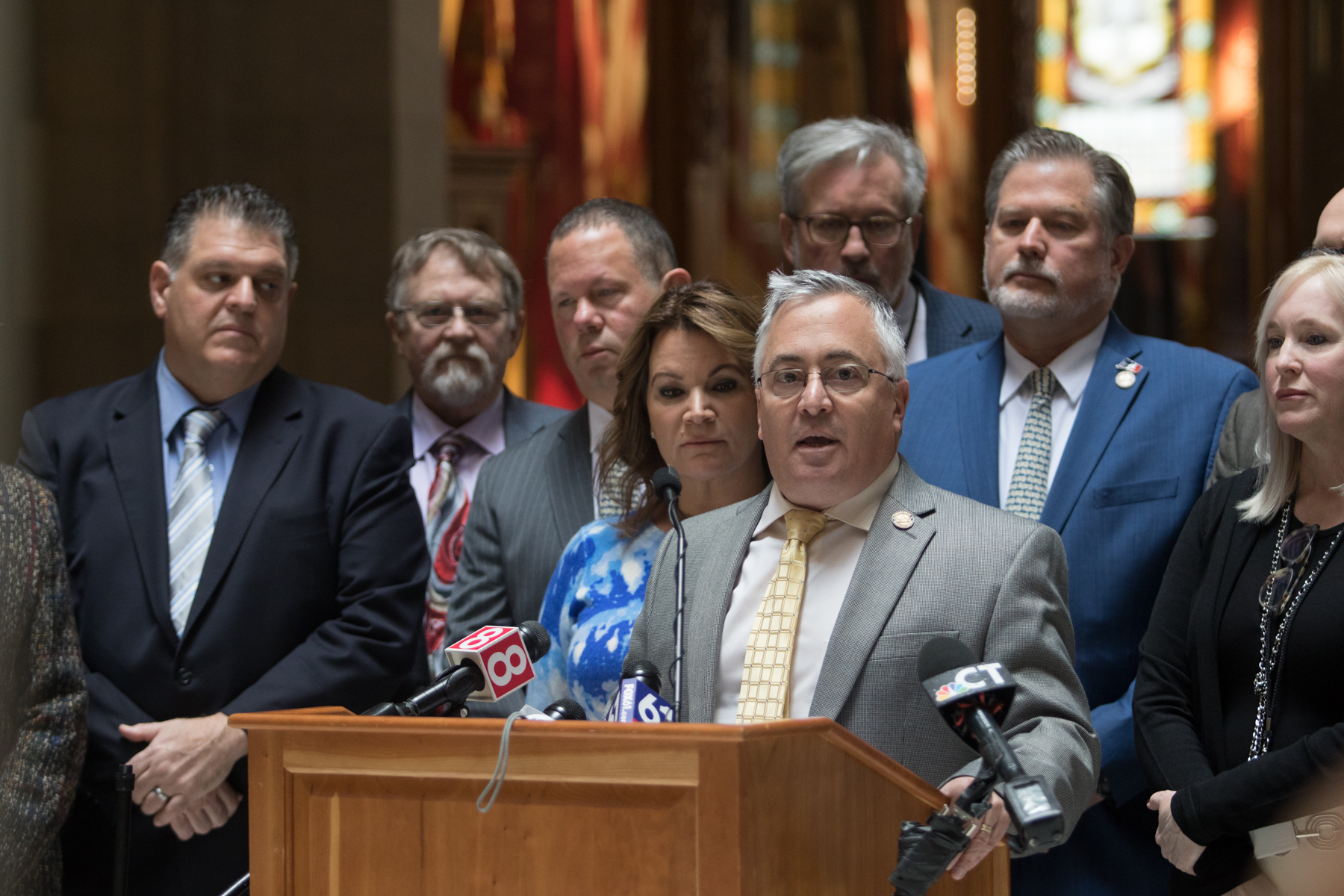 “We have received an overwhelming amount of constituent communication from moms, dads, teachers, and children asking for parents to have the choice regarding whether to wear masks in school,” said Rep. Laura Devlin. “With the growing amount of data indicating that the results of children wearing masks all day in school is more harmful to their learning and mental health than the benefits of masks in schools, we should not be forcing young children to wear facemasks 6 to 8 hours a day.”

Rep. Rutigliano said, “Ultimately, I believe choosing to mask a child in school should a personal choice made by the child’s parents and no one else. Without a doubt, the forced masking of school children has harmed these kids physically, psychologically, and behaviorally. The amendment permits any parent whose child needs or wishes to continue to wear a mask be permitted to wear one.”

“I was proud to stand with parents of by casting a NO vote to extend the governor’s Executive Orders, including the statewide mask mandate in schools,” Rep. McGorty said. “After two exhausting years, it is clear that residents throughout Connecticut are tired of the ‘government by experts’ which has abandoned the rights of parents and individuals to perpetuate a continuous state of emergency, one which no longer exists in Connecticut.”

The parental choice amendment was proposed during the debate on House Bill 5047, LCO 740, AAC The Extension of Certain Executive Orders and Department of Public Health Authority and COVID-19 Relief Days. The underlying bill would provide unelected state agency heads in the Lamont administration power (until June 30) to install mask mandates on schoolchildren as they see fit.

According to the latest data released Thursday by the Department of Public Health, cases among students dropped to 1,755 from 4,203 the prior week. While cases among teachers and staff fell to 355 this week, compared to 767 the previous week.

The amendment failed 56-90 and the final vote on the bill to extend the Governor’s Emergency Executive Orders passing on mostly party lines.