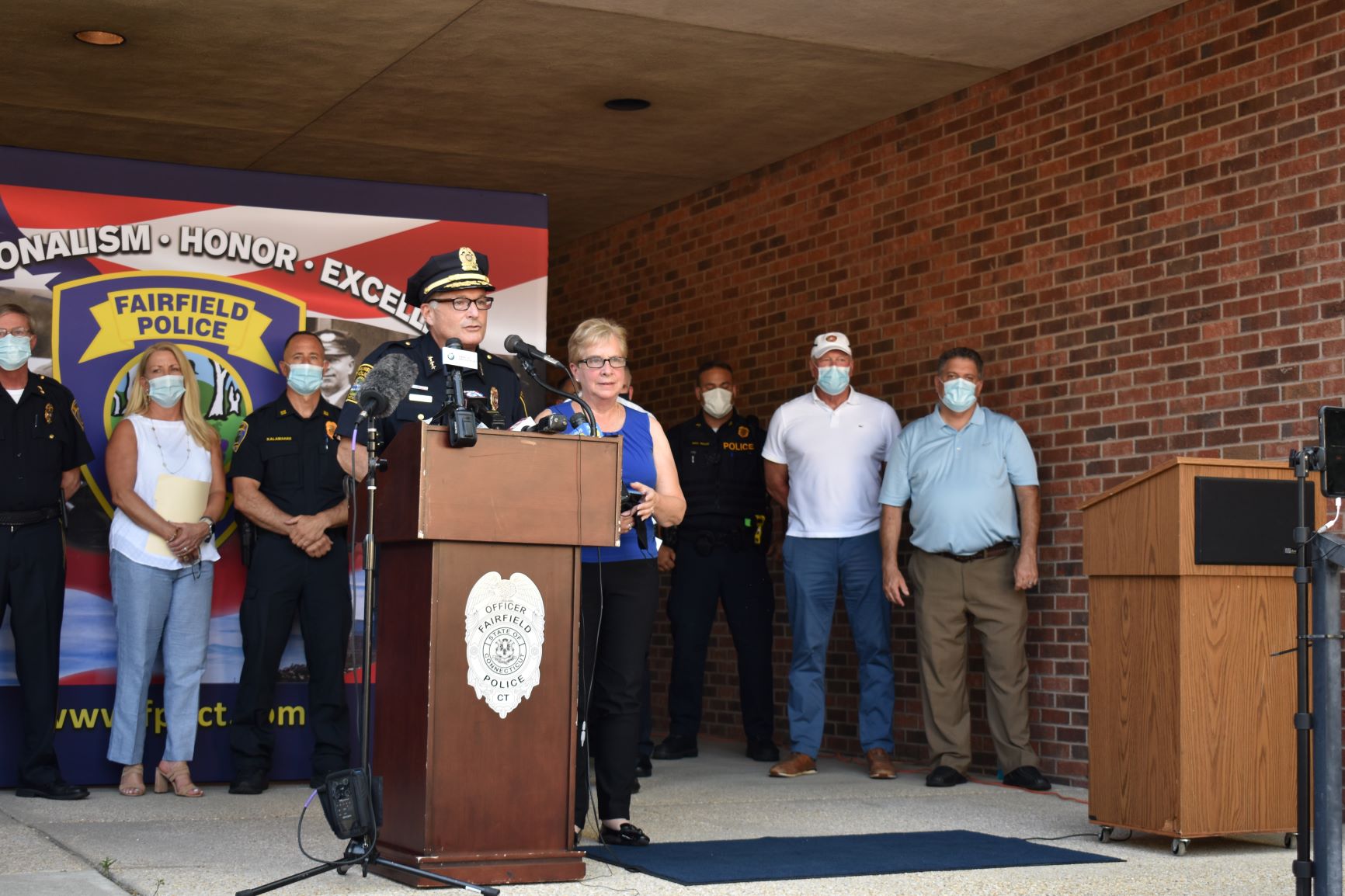 TRUMBULL- Last week, State Rep. David Rutigliano (R-123) took a stand against a faulty police accountability measure that he believed was rushed through and did not have a full public vetting and could potentially do more harm than good for communities, like Trumbull, while also opposing federal legislation to eliminate School Resource Officers (SRO) in schools.

Rutigliano was disappointed he could not support the bill because it contain some good reforms, like;  1) greater transparency when it comes to collective bargaining and public records disclosure; 3) looking to keep better data on minority recruitment of police officers ; 4) studying the feasibility of having licensed social workers assist on certain calls where appropriate ; 5) periodic mental health and drug screenings to make sure we are putting the best officers in the field.

According to Rutigliano, a result of rushing the bill through to process has exposed some major flaws that could potentially make our streets less safe and make it more expensive to live here in Connecticut. Two of the most disturbing sections of bill were the rewriting of laws on qualified immunity for police officers, which would increase expenses on already overburdened municipalities, some use of force standards that may place our officers in immediate danger, and the elimination of some proactive policing measures.

Without having qualified immunity, police officers and towns, like Trumbull that employ them have serious concerns that the additional liability will make officer recruitment and retention more difficult and could potentially be very costly to insure Trumbull’s police force.  To be clear, even now, willful misconduct by a police officer is not protected by qualified immunity.

According to police, by taking away this indispensable policing tool, we hinder their ability to keep drugs and guns off Trumbull streets.

On subject of School Resource Officers, Rep Rutigliano had this to say:

“Trumbull worked in a bipartisan manner with educational officials, law enforcement  and parents to implement a school resource officer program in our local schools and I have heard nothing but good things about the program and how the SROs have provided a positive impact on the overall school environment with a greater sense of security and also permits for a constructive relationship between students and police,” said Rep Rutigliano.  “I don’t support any attempt to eliminate these school resource officers. Furthermore, Trumbull should be able to make their own local decisions on SROs and not have the heavy-hand of the federal government interfere.”