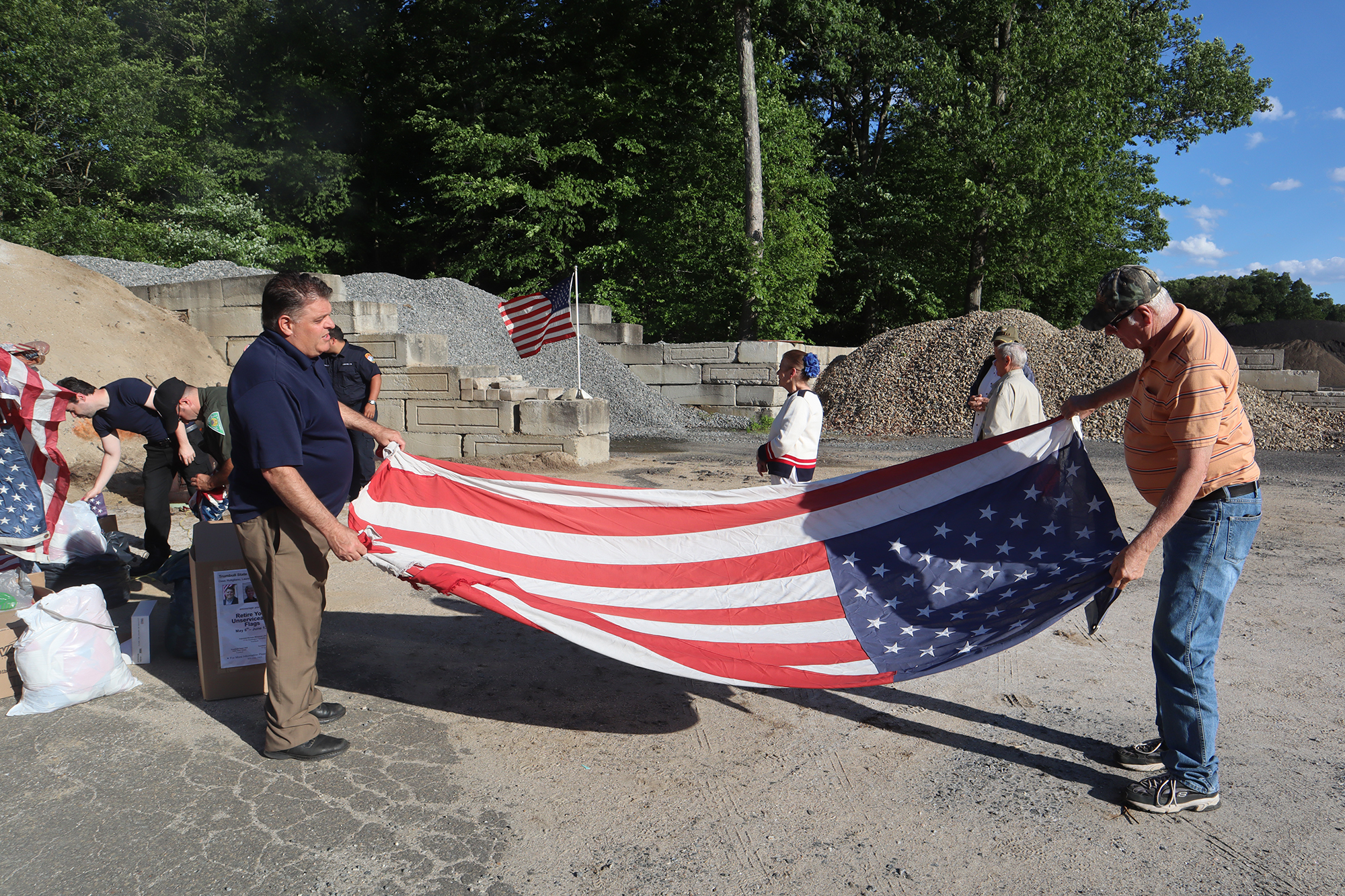 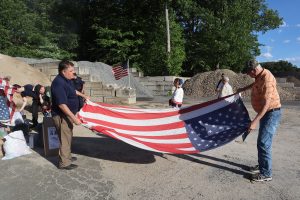 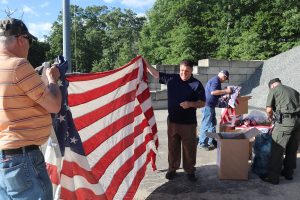 The legislators had collection boxes stationed around Trumbull for town residents to turn in their American flags for retirement.

“It was an honor to have had the opportunity to stand with Trumbull veterans on Flag Day,” said Rep. Rutigliano.

“I want to thank Post 141 for allowing me to share in this uniquely patriotic experience,” said Rep. Devlin.

The Second Continental Congress adopted the first American flag on July 14, 1777, and President Woodrow Wilson declared June 14 to be Flag Day in 1916. National Flag Day was then established by an Act of Congress in August 1949.