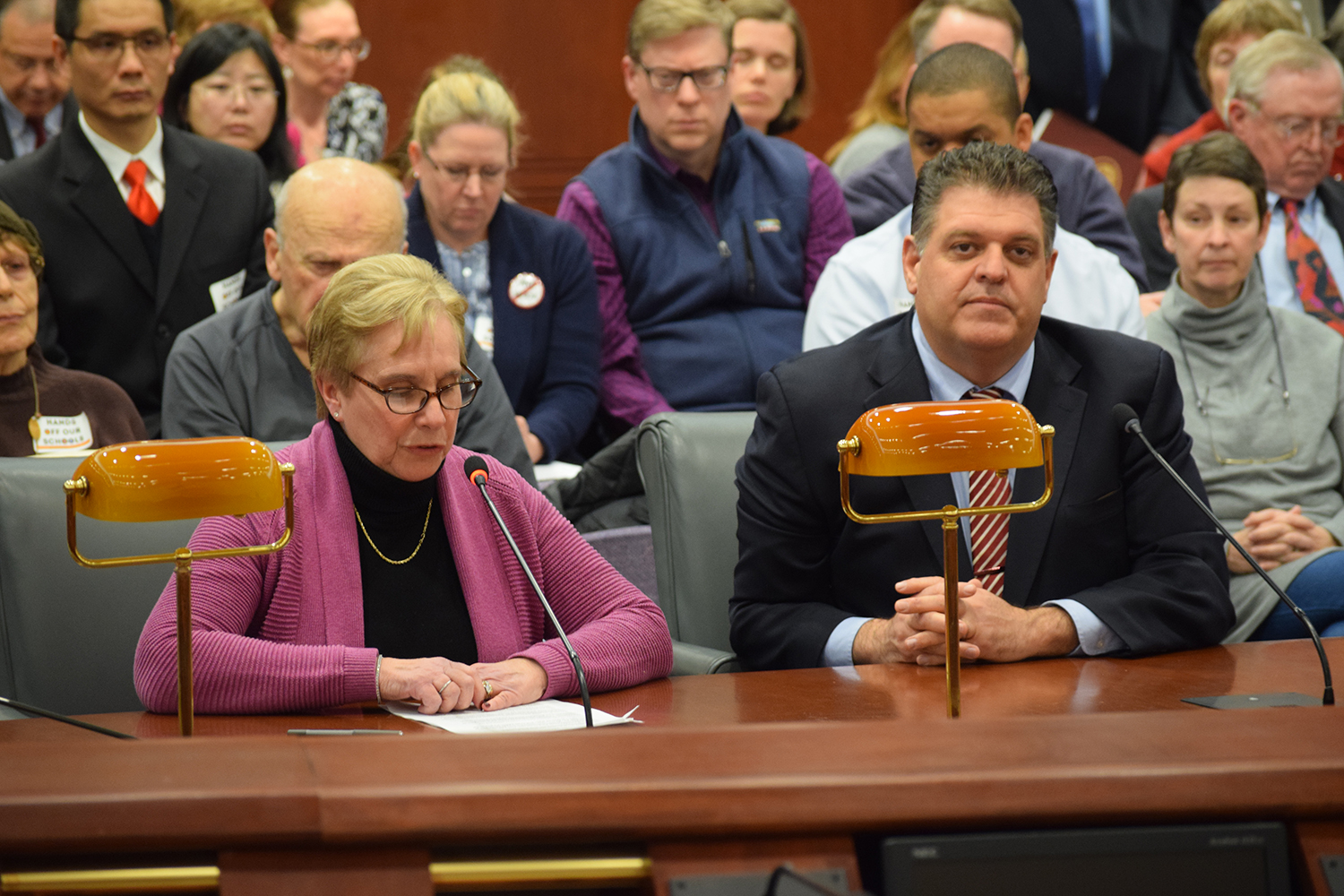 HARTFORD- Today State Rep. David Rutigliano (R-123) stood side-by-side with Trumbull First Selectwoman Vicki Tesoro along with State Rep. Laura Devlin, who is a member of the legislature’s Education committee, testifying against proposals that would strip local control away from our school district with plans to force districts to regionalize. 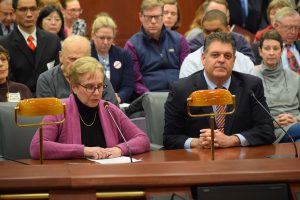 A public hearing of the Education committee drew thousands of state residents opposed to the proposals which would force school districts to regionalize.

“We in Trumbull take great pride in our school system and the achievements of the students. This has resulted in a migration of residents to Trumbull and the sustainability of our property values, our school system is important to our city’s development and infrastructure. The forced regionalization of school districts is putting that development in jeopardy,” said Rep. Rutigliano.

Rep. Devlin said, “I’m against forced regionalization and would rather see the state remove restrictions that hinder communities from making voluntary choices about where and how to regionalize.”

Tesoro said, “In Trumbull, our school system is critical to our identity as a community. Our investment in education is one that our community embraces and the success of our students is a matter of civic pride. Our strong school system supports our property values and attracts new residents
to our community, bringing to us a steady stream of new ideas and energy.”