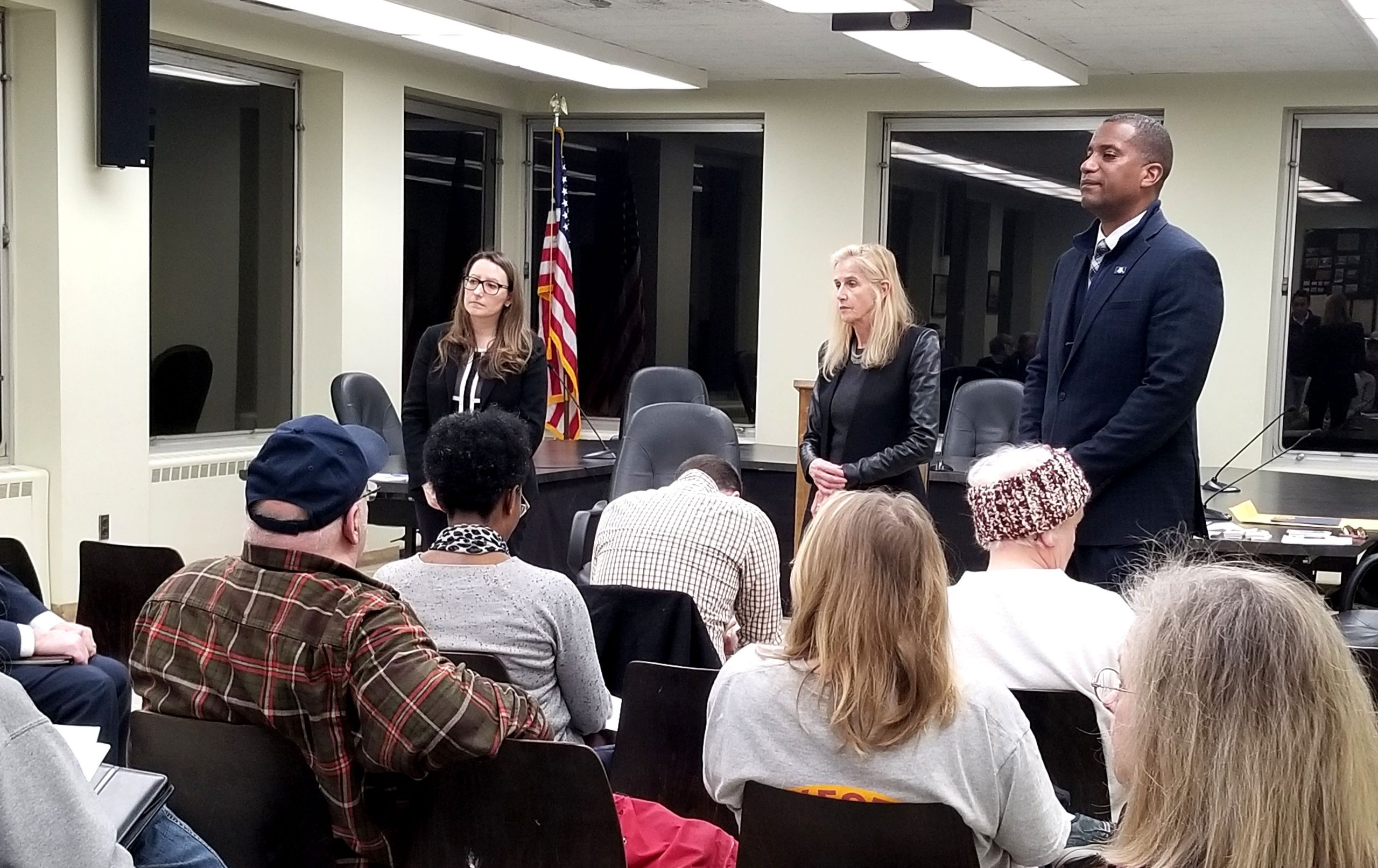 HARTFORD – Members of Connecticut’s Waterbury Rail Line (WRL) Caucus and area legislators have introduced a concept through the Transportation Committee addressing issues and concerns that exist on the WRL. During short sessions, members wishing to propose legislation of a non-fiscal nature must submit a written request to the appropriate committee.

On January 13th, 2020, area residents, local and state leaders, and members of the Naugatuck Valley Council of Governments convened for the Naugatuck Valley Rail Conference to discuss the future of the Waterbury Branch Line. Current stops along the branch include Derby-Shelton, Ansonia, Seymour, Beacon Falls, Naugatuck, and Waterbury, with future expansion to Thomaston and Torrington. The plan calls for both short-and-long term improvements between this year and 2030.

The WRL Caucus, which is co-chaired by State Senators Joan Hartley, George Logan, and State Representative Rosa C. Rebimbas, includes legislators who represent communities along the railway. Other supporters of the plan reside in neighboring districts with residents who also utilize the line.

“A modern public transportation system is the key to a modern economy, and that is our objective here in Connecticut – a modern, robust economy where all residents and business are thriving. Updating our rail infrastructure and improving how we move people around the state is the first step towards that bipartisan goal,” Rep. Rebimbas (R-Naugatuck) said. “In addition to providing commuters with better options during the week, this plan has the added benefit of alleviating some congestion on our highways, lessening wear and tear on public roads, and reducing our local and state maintenance costs. I am confident that by working together we can get this done on behalf of our constituents and respective town leaders.”

“Improving transportation in our region is our bipartisan goal,” Sen. Logan said. “Consider the untapped potential of our part of the state in terms of economic development. Consider the jobs that will be created and the boosts in tax revenue which will undoubtedly result from this focus on transportation. The WRL stands united, as Democrats and Republicans, behind this effort. We are speaking with one voice on behalf of a brighter and more vibrant transportation future here in the Naugatuck Valley.”

“Developing the full potential of the Waterbury Branch Line is fundamental to the economic growth and expansion of the Greater Waterbury area,” said Senator Joan Hartley (D-Waterbury). “This is so much greater than a mere Transportation initiative.”

The bill, An Act Expanding Service on the Waterbury Rail Line, seeks considerable improvements to both rail service and infrastructure, including platforms and modern rail cars.

Here are some of the major highlights: