State Capitol Rally Against Tolls – May 18 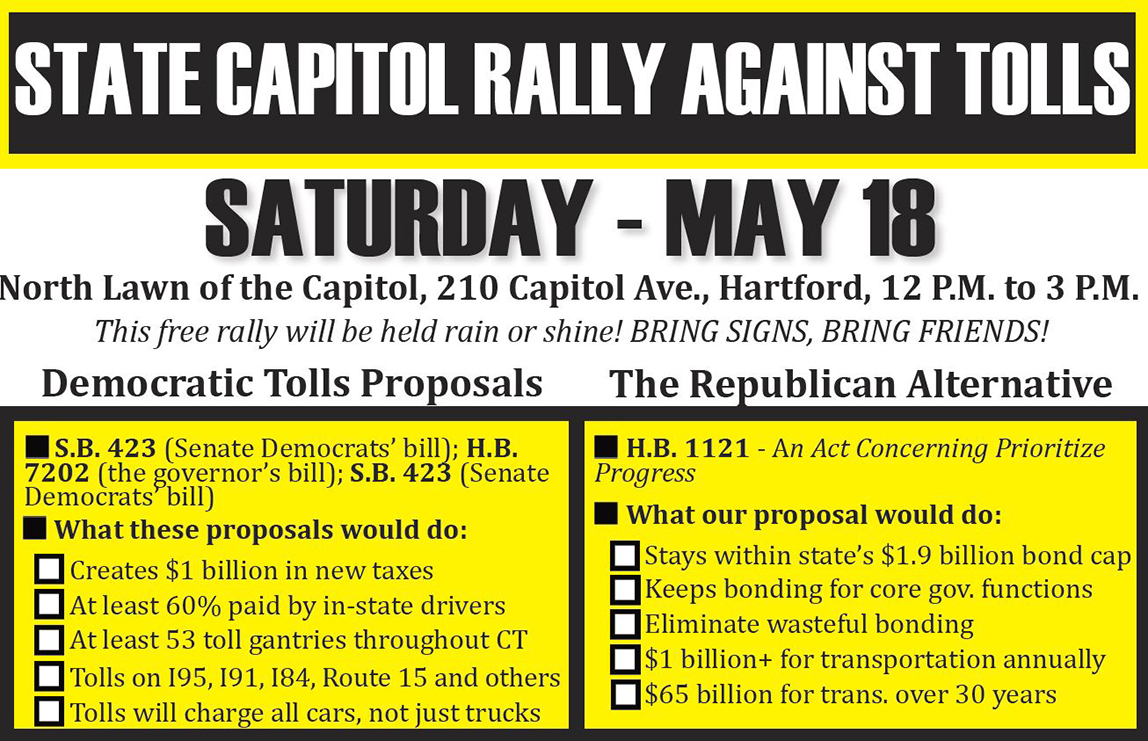 Last month, the Democratic members of the Transportation Committee approved three toll-related proposals. These proposals would place electronic toll gantries throughout the state on major interstate highways and limited access roads making Connecticut one of the most heavily tolled states in the nation.

All Republican members opposed the bills because we think residents, commuters, and small businesses already pay enough taxes to the State of Connecticut.

The administration and the Democrat-controlled legislature have made minimal efforts to reduce and prioritize the spending of your hard-earned money. Therefore, we cannot support this additional tax.

Here are the three proposals:

H.B. 7202 (the governor’s bill) – An Act Concerning the Sustainability of Connecticut’s Transportation Infrastructure

H.B. 7280 (House Democrats’ bill) – An Act Concerning Support for Transportation Infrastructure and the Creation of the Connecticut Transportation Finance Authority

Republicans have proposed an alternative plan, Prioritize Progress, which would secure $2 billion annually for tolls (including federal funding) and would eliminate wasteful spending. Most importantly, it stays within the state’s $1.9 billion bond cap and create an additional financial hardship on residents and businesses.

See below for details about this event:

WHAT: Rally Against Tolls

WHERE: North Lawn of the State Capitol, 210 Capitol Avenue, Hartford

As always, if you’d like to discuss tolls or any state government matter, I am available to speak with you directly.