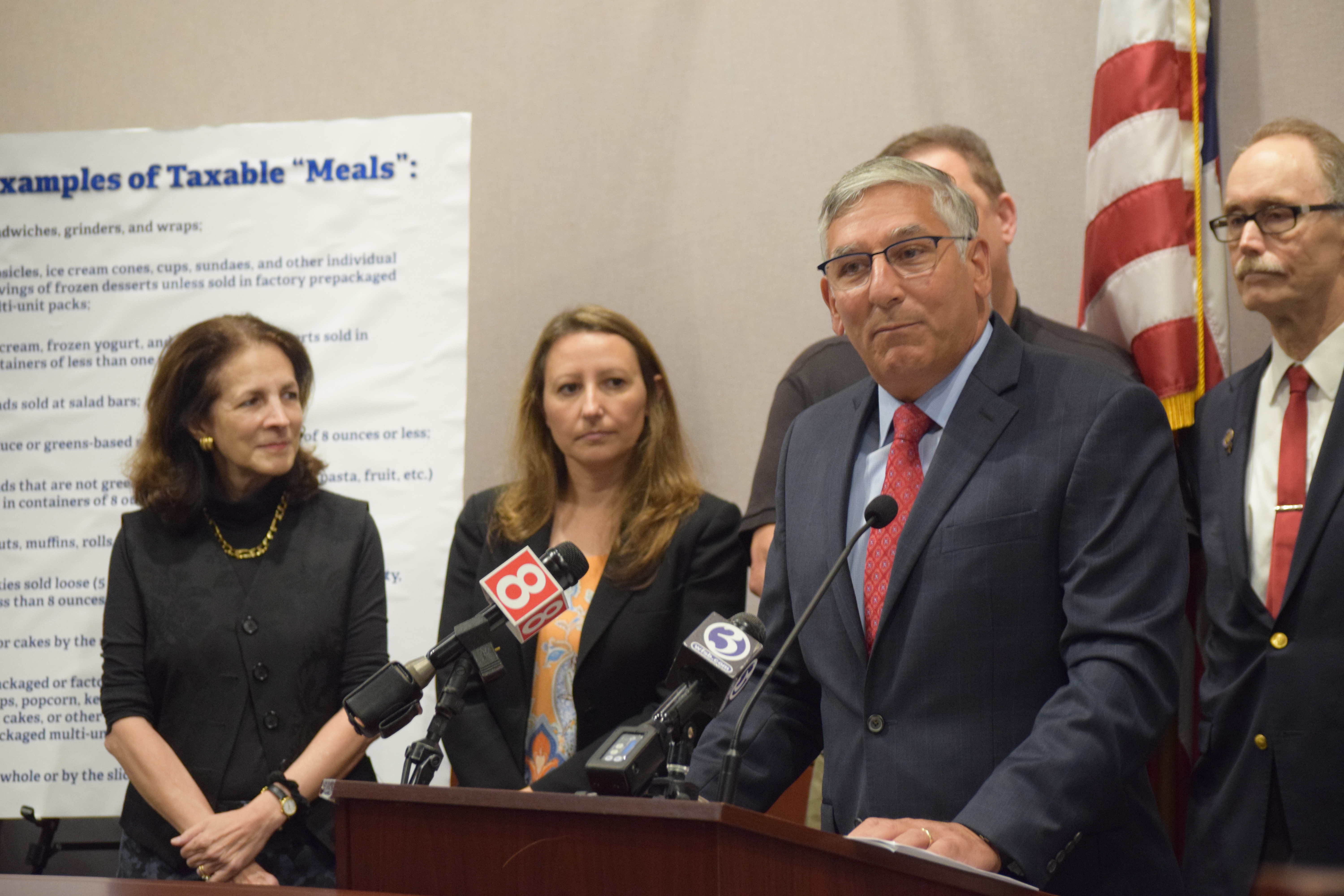 HARTFORD – State Representative Rosa C. Rebimbas (R-Naugatuck), a House Republican Whip, joined fellow Republicans for a press conference to inform the public about a 7.35% “Meal Tax” included in the Democrats’ latest budget that will affect a number of groceries never taxed before, according to the Department of Revenue Services.

“So many of us rely on prepared meals to feed our families during the week as we juggle work, commuting, children, and so much more,” Rep. Rebimbas said. “Now, Democrats are telling us that we should be paying taxes for a sandwich, a deli salad or a pizza, simply to help cover up their decades-long spending spree that continues to put our state budgets in deficit. I know for thousands of my constituents, this added expense at the checkout counter will stretch their household budgets to the limit, and that is not fair to ask of people who are already giving so much of their hard earned income to an oversized state government. The governor proposed a grocery tax earlier this year, which he quickly walked back after receiving public criticism, but in the end, legislative Democrats found a way to include it in the budget.”

The tax will apply to not only prepared meals such as sandwiches, deli salads, pizza and hot buffet items, but also containers of lettuce, small packages of snacks, loose baked goods, wrapped salads, small servings of ice cream, and meal replacement bars. It also applies to fountain drinks including coffee and any beverage sold with a taxable “meal.”

Earlier this year, Democratic lawmakers labeled the new tax as only a 1% tax increase on items already taxed at 6.35%, but the DRS statement clarifies that the new 7.35% tax will also apply to many food items that have never been taxed at all before when sold in grocery stores. The policy also results in a tax increase on all food items sold by restaurants and eating establishments.

DRS Examples of Taxable “Meals” (taxed at 7.35% in eating establishments AND grocery stores):

DRS Examples of Taxable Drinks (taxed at 7.35% in eating establishments AND grocery stores):