Rep. Polletta, House Republicans Call for a Chance to Participate in Democracy as a Co-equal Branch of Government 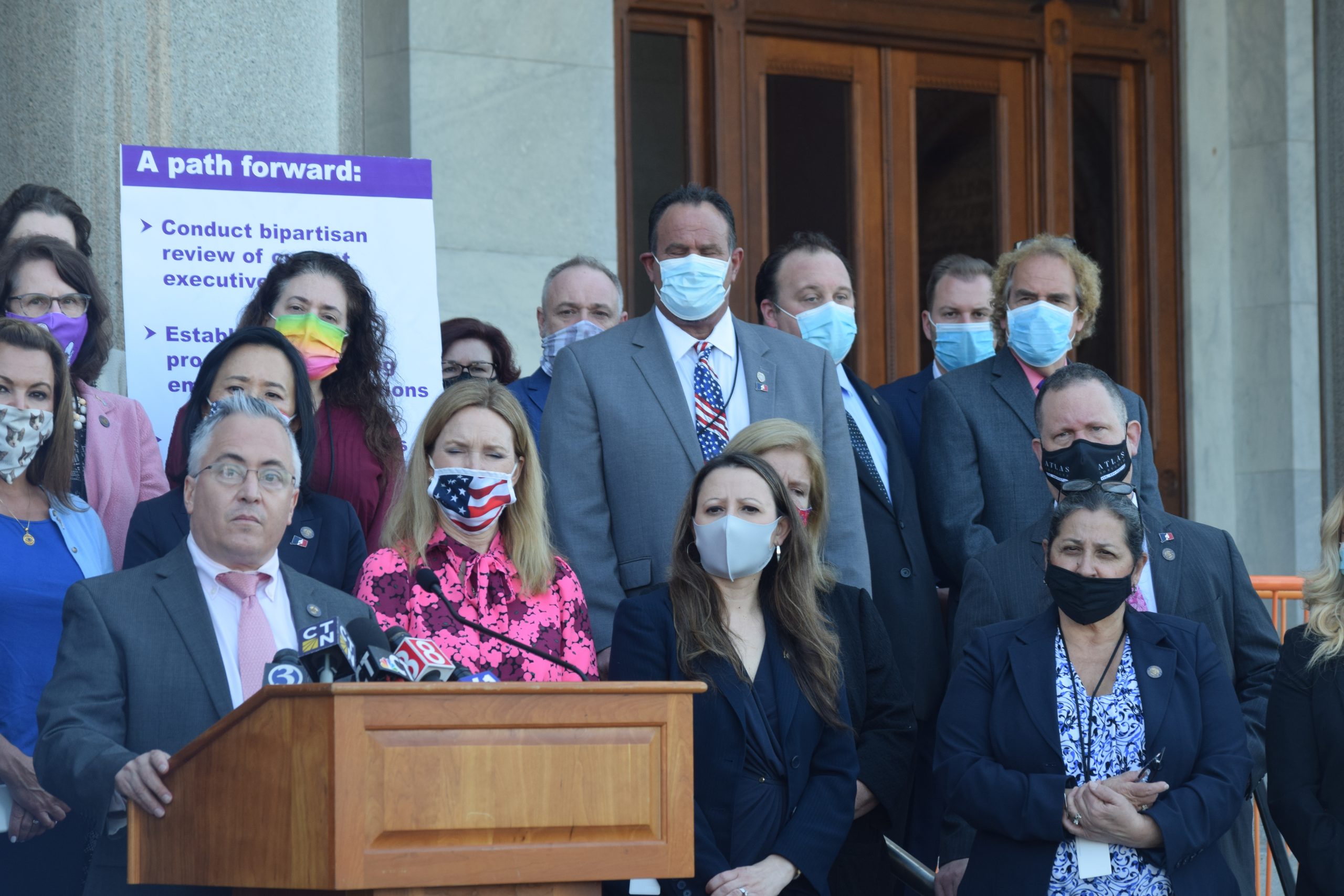 On Thursday, March 25, 2021, State Representative Joe Polletta (R-68) condemned state Democrats for refusing to place reasonable restraints on the powers of the Executive Branch during declared civil preparedness emergencies, and for extending Governor Lamont’s current emergency authority to May 2021, almost the end of the legislative session.

Among several claims, the governor said one reason to extend his authority is so Connecticut will receive a full share of federal Covid-relief money.

“We are certainly living through unprecedented times, no one would dispute that. However, effective government does not function like a dictatorship, even if it’s only to receive federal aid as the governor has recently indicated,” Rep. Polletta said. “I recognize that there are many aspects the governor has done well, and I applaud him for that, but the legislature must have a seat at the table so that we can do the job that our constituents elected us to do – to advocate on their behalf, and be their voice. We must be able to participate in democracy as a co-equal branch of government and try to restore some sense of normalcy.”

In an effort to prevent a similar situation in the future, House Republicans offered an amendment to place reasonable and reviewable checks and balances on the future powers of the executive branch under a declared civil preparedness emergency. The Republican proposal would require that leaders from both parties in the House and Senate, in consultation with the governor, undertake a thorough review of all the outstanding executive orders that Lamont has put in place over the last year. The sweeping powers expire April 20 and Republicans would extend them only to May 1. Between now and then, the Republican plan calls for the leaders to report back to both chambers by April 15 on their findings regarding the current executive orders. Votes in both chambers must take place by April 21 in order to extend or ratify new orders under the GOP legislation.

That amendment failed along a near party-line vote of 89 to 50, with 10 members absent or not voting.

Republican lawmakers have repeatedly asked both the governor and majority party Democrat leaders to meet to review which executive orders the governor has issued should become law. Despite those rejections, the House Republican caucus has thoroughly vetted the full list and has been prepared to discuss each individual executive order.

Last Thursday, Democrat leaders and the governor once again refused to include Republican lawmakers in a meeting to negotiate which orders would remain. This week, despite telling the Connecticut media he would meet and the Democrat-controlled legislature passing this bill through the House, Republicans wait for the Governor’s call.

The legislative session ends at midnight on June 9, 2021.

House Republicans posted detailed outlines to their plan online at: https://www.cthousegop.com/rebalance/ and Rep. Polletta’s comments on the floor of the House can be found here: