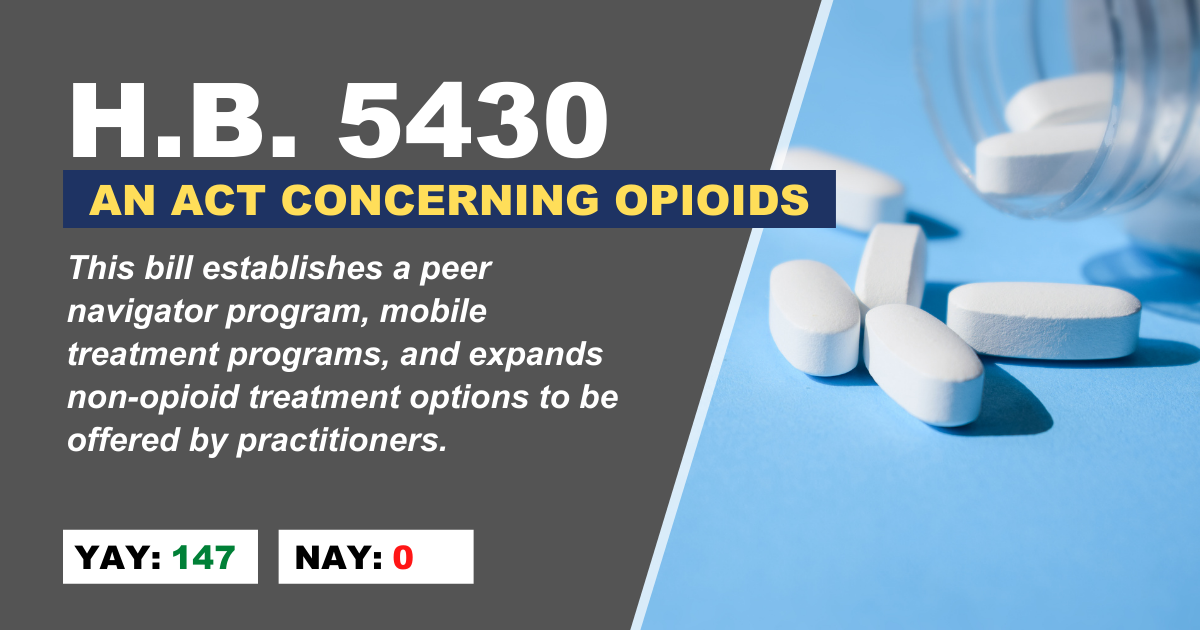 Among the changes in the bill are allowing for mobile treatment programs, adding more non-opioid treatments to the list of options practitioners must provide their patients, and amends the definition of “drug paraphernalia” to allow individuals to use fentanyl test strips.

Republicans offered an amendment – which received unanimous support – that would implement a peer navigator program to assist those in recovery. Peer navigators are individuals experienced in working with people with substance use disorder and offer supplemental nonmedical services working in partnership with care providers.

The pilot program would be offered in up to five rural, suburban, or urban communities. The chosen communities will set up two-person teams to increase engagement between healthcare, social services and treatment providers and persons with opioid use disorder. Those teams will work to “address the emerging local conditions that affect such social determinants of health, and increase the capacity of the community to support such persons by identifying and addressing systemic barriers to treatment services, health care, social services and social support of such persons.”

“I join my colleagues in being very proud of this bipartisan effort to prioritize the health and safety of a vulnerable population – those battling opioid addiction,” Rep. Polletta said. “This is incredibly impactful for Connecticut residents and families that have struggled with this ongoing epidemic. I want to thank the chairs and ranking members of the Public Health Committee for their diligent work on passing this.”

In written testimony in support of the legislation, Department of Public Health Commissioner Manish Juthani noted, “The number of people who are injured or have died from an opioid-involved overdose in Connecticut has risen each year since 2012. Data show that the COVID-19 pandemic has only exacerbated this increase. With these proposed measures in place, Connecticut will be mirroring federal laws, enhancing prevention of accidental overdose, and promoting access to treatment services, thereby saving lives.”

The legislation received unanimous support in the House of Representatives and awaits further action in the State Senate. More information and bill tracking can be accessed using the General Assembly website at www.cga.ct.gov.