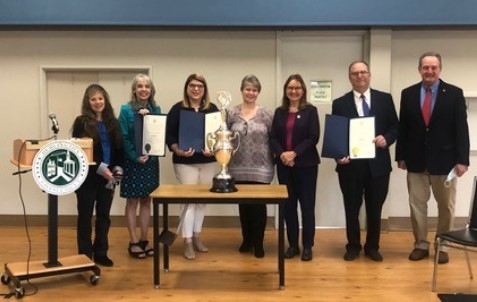 BURLINGTON – On Friday morning, April 30, 2021, State Representative John Piscopo joined the Secretary of State Denise Merrill, Burlington First Selectman Theodore Shafer, along with local officials in celebrating the town of Burlington being awarded the 2020 Democracy Cup. Burlington was one of four Connecticut towns that earned this coveted award.

According to the secretary of state’s office, in the 2020 general election, a record 1,861,086 people cast a ballot out of an all-time high of 2,334,979 registered voters. Total statewide turnout was 79.70 percent. The town of Burlington received the highest voter turnout at 91.94 percent.

The Democracy Cup trophy will be on display at the Burlington Town Hall until the 2022 election. 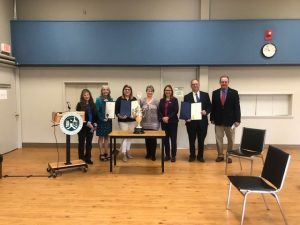