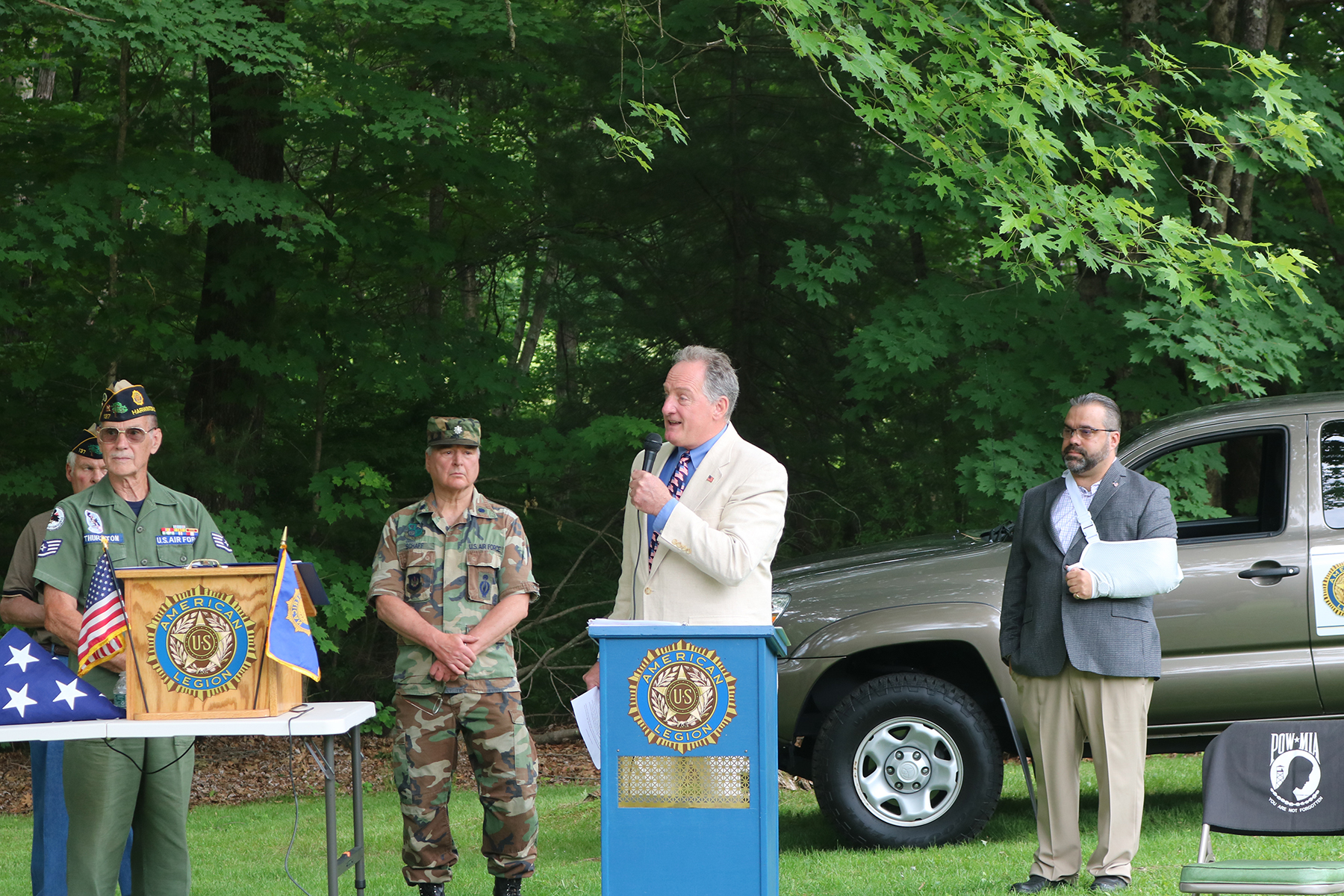 The collection concluded with a retirement ceremony in Harwinton on Saturday, June 11th. Harwinton American Legion Post 137 led the ceremony with assistance from the local Boy Scout Troop 55 and the Harwinton Volunteer Fire Department. Legion Commander Gary Schaff served a master of ceremonies with Dan Thurston as Sargent at Arms and John Stolicny as Chaplin. Boy Scouts Maxwell Cheney led the Pledge and Finn Williams presented the flags for retirement. Rep. Piscopo and First Selectman Michael Criss offered remarks to celebrate the occasion.

“I would like to thank everyone who participated to make this ceremony a success and give these worn American Flags the proper retirement they deserve,” said Rep. Piscopo. ” Our flag holds a special place in each of our hearts. It stands for all that makes this country so great. For that reason, we must always show special respect for our flag.”

Flag Day was officially established by the Proclamation of President Woodrow Wilson on May 30, 1916. The date was set for the anniversary of the 1777 Flag Resolution passed by the Second Continental Congress on June 14th which, “Resolved: that the flag of the United States be made of thirteen stripes, alternate red and white; that the union be thirteen stars, white in a blue field, representing a new Constellation.”

While Flag Day was celebrated in various communities for years after Wilson’s proclamation, it was not until August 3rd, 1949, that President Truman signed an Act of Congress designating June 14 of each year as National Flag Day.