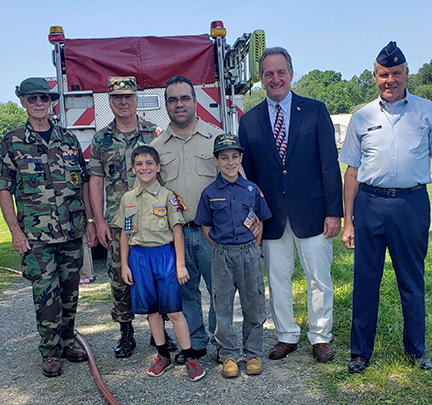 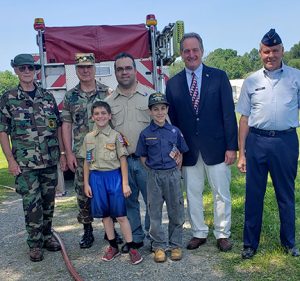 Rep. Piscopo sponsored three drop off locations throughout the 76th District, which were located at the Thomaston Town Hall, Harwinton Town Hall and Burlington Town Hall leading up to the ceremony.

Over a hundred worn American flags were brought to the Harwinton Fair Grounds for retirement after the conclusion of a successful flag retirement drive, which Rep. Piscopo hosted in conjunction with the Ives-Cleaveland American Legion Post 137 in Harwinton and the Harwinton Center Fire Department.

“It was my honor to Host this flag retirement ceremony, and I am hoping to make this event something we do yearly,” said Rep. Piscopo. “The flag is a symbol of our country and all those who have given their life to protect and secure our freedoms, so properly disposing of it ensures that we always give the appropriate respect this symbol deserves. I would like to thank all those who helped make this event a success.”

According to the U.S. Flag Code, worn American flags “should be destroyed in a dignified way, preferably by burning,” which is the method by which the Harwinton Fire Department disposed of the flags.