Dr. William A. Petit, Jr.  is serving in his second-term as State Representative for the 22nd General Assembly District which represents the towns of Plainville and New Britain. 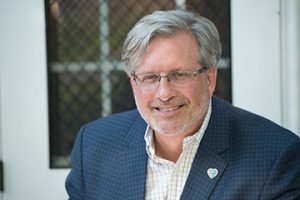 For the 2019 and 2020 legislative sessions, Rep. Petit was appointed by House Republican Leader Themis Klarides to serve as the Ranking Member for the Public Health Committee. In addition, he will also serve as a member of the Appropriations and Energy & Technology Committees.

Dr. Petit operated a private practice in Plainville from 1989-2007 with offices on East Street, North Washington Street, and Whiting Street. In 1997 he was selected to become the Medical Director of the Joslin Diabetes Center at New Britain General Hospital (now the Central Hospital of Connecticut). Dr. Petit also served as Plainville’s Director of Public Health from 1994-2008.

After tragedy struck his family in 2007, Dr. Petit, with the help of friends and family, created the Petit Family Foundation as a 501c3 dedicated to maintaining the legacies of his wife, Jennifer Hawke-Petit, and two daughters, Hayley and Michaela Petit. The Foundation’s funds are given to foster the education of young people, especially women in the sciences; to improve the lives of those affected by chronic illnesses; and to support efforts to protect and help those affected by violence.

The first board meeting was in December 2007, and since then, Dr. Petit has volunteered for the foundation and has served as its president. In the past 11 years, the Petit Family Foundation has given out over $3 million dollars in grants and sponsorships to individuals and organizations that espouse the foundation’s mission.

In addition to his work with the Petit Family Foundation, Dr. Petit serves his community in the following positions:

Dr. Petit married his wife Christine in 2012, who is from Bristol. They are the proud parents of a very active 5-year-old, William III, who attends pre-school.