Update from the Capitol and Around the 22nd District

Its been a busy week at the Capitol. In between wrapping up our committee work and finalizing bills, the lack of scheduled session days in the early part of the month has provided me with an opportunity to attend some events within our district. 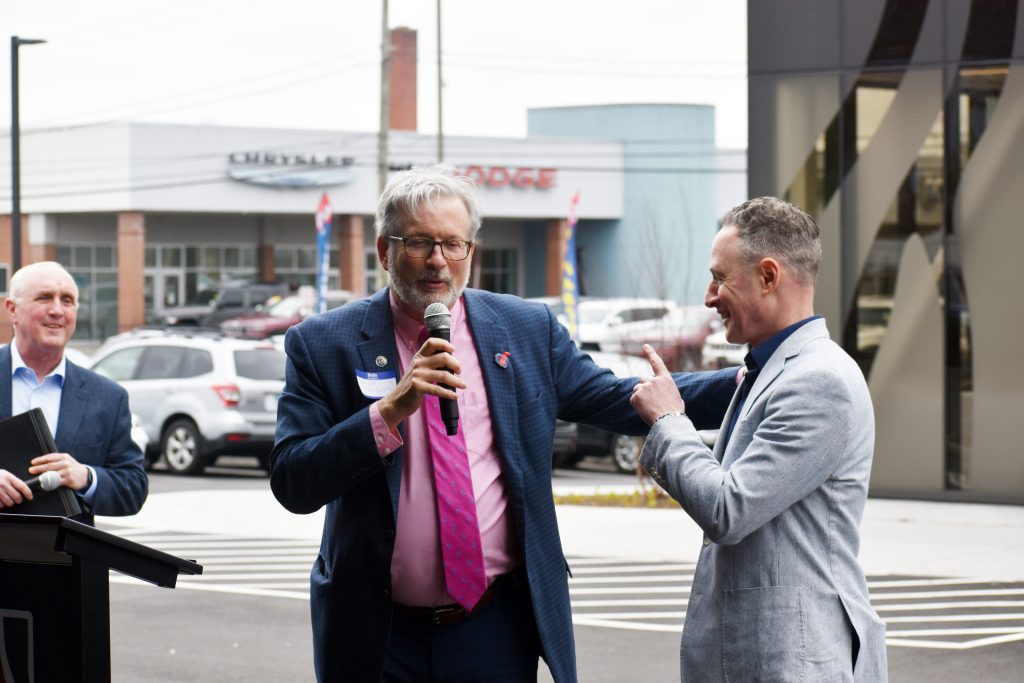 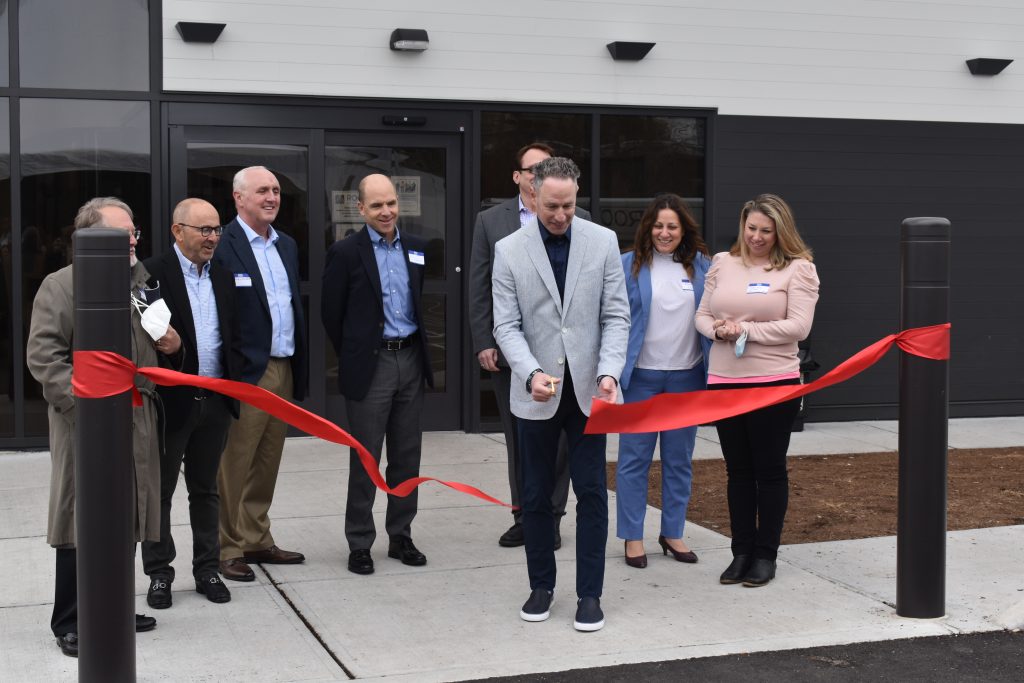 On Thursday, I was invited to attend the Grand Opening Celebration of the Root Center for Advanced Recovery in New Britain. The Root Center does tremendous work in helping people regain control of their lives. They have a dedicated and caring staff who truly love what they do, and the testimony provided by people they’ve helped prove their level of care goes beyond what you might find at similar facilities. 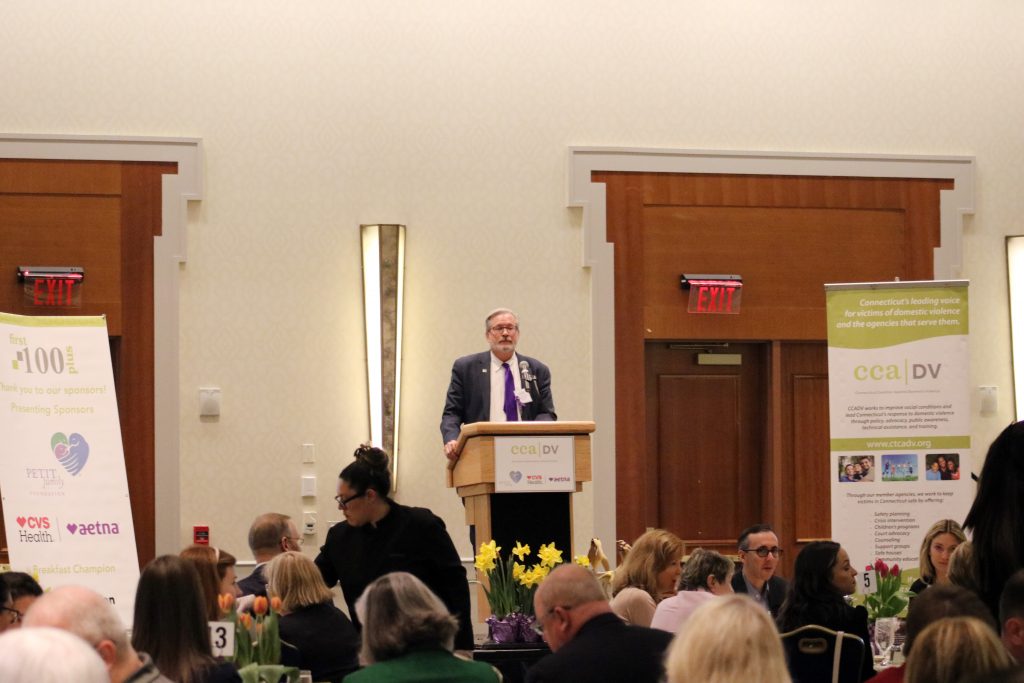 Friday morning I attended the Connecticut Coalition Against Domestic Violence’s 11th Annual Breakfast & Awards Ceremony. I was invited to acknowledge the Class of 2022. These 100 plus individuals were recognized for being leaders who are working to improve the lives of domestic violence survivors across Connecticut.

It was also an honor to recognize my colleague State Representative Holly Cheeseman who received the Coalition Crusader Award for her hard work and advocacy.

Raising of the Christian Flag in New Britain’s Central Park 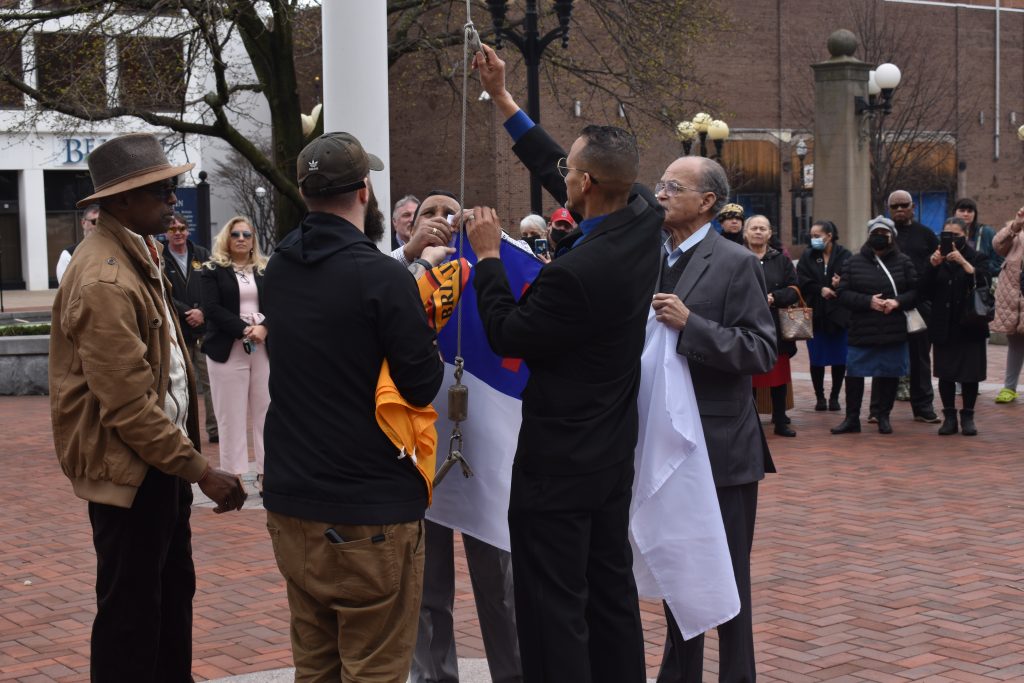 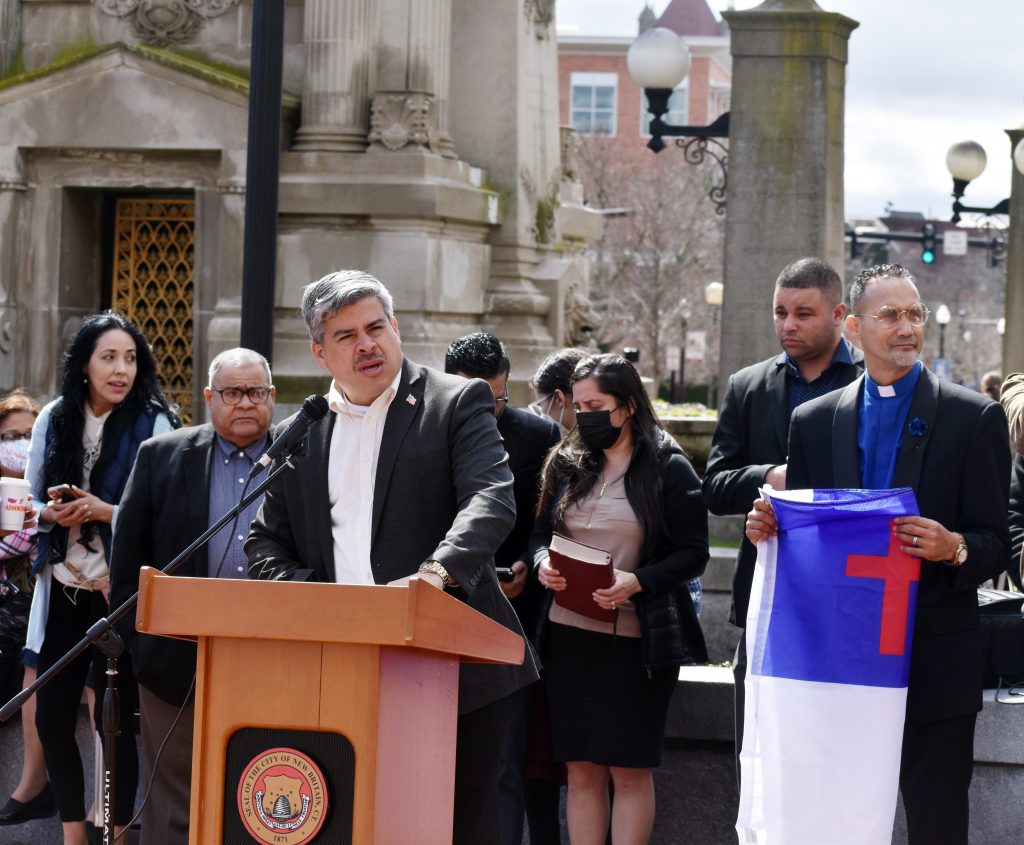 Friday afternoon I joined the New Britain Hispanic Community of Faith for a ceremony to raise the Christian flag in Central Park as part of Holy Week.

This is the second consecutive year in which the City of New Britain raised the Christian flag. Local religious leaders said the event has prompted other cities throughout Connecticut such as Hartford, New Haven, and Bridgeport to follow suit.