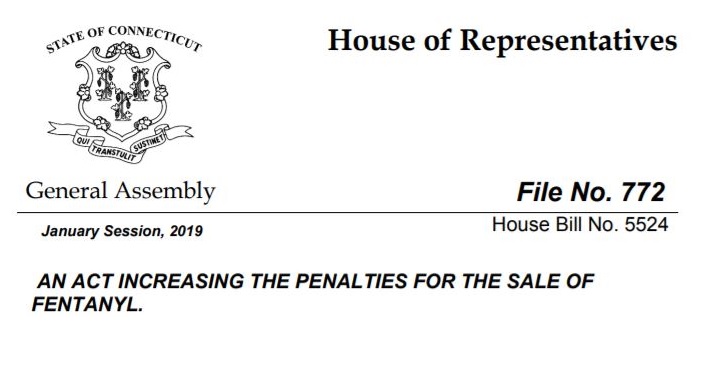 HARTFORD – State Representatives William A. Petit Jr. (R-22) co-sponsored a bill that when implemented, would create tougher penalties for those who manufacture, distribute or sell fentanyl, a powerful synthetic opioid.

“Fentanyl is now the leading cause of overdose death in Connecticut and the penalties for its sale and possession should reflect this fact,” Rep. Petit said. “It is 50 to 100 times as potent as morphine and far more potent than heroin.”

According to the Drug Enforcement Agency (DEA), fentanyl can be lethal in one millionth of a gram, which is the equivalent to a few granules of table salt. In 2018, more than 716 deaths in Connecticut were reported as a result of fentanyl.

HB-5524 will now awaits action in the Senate.