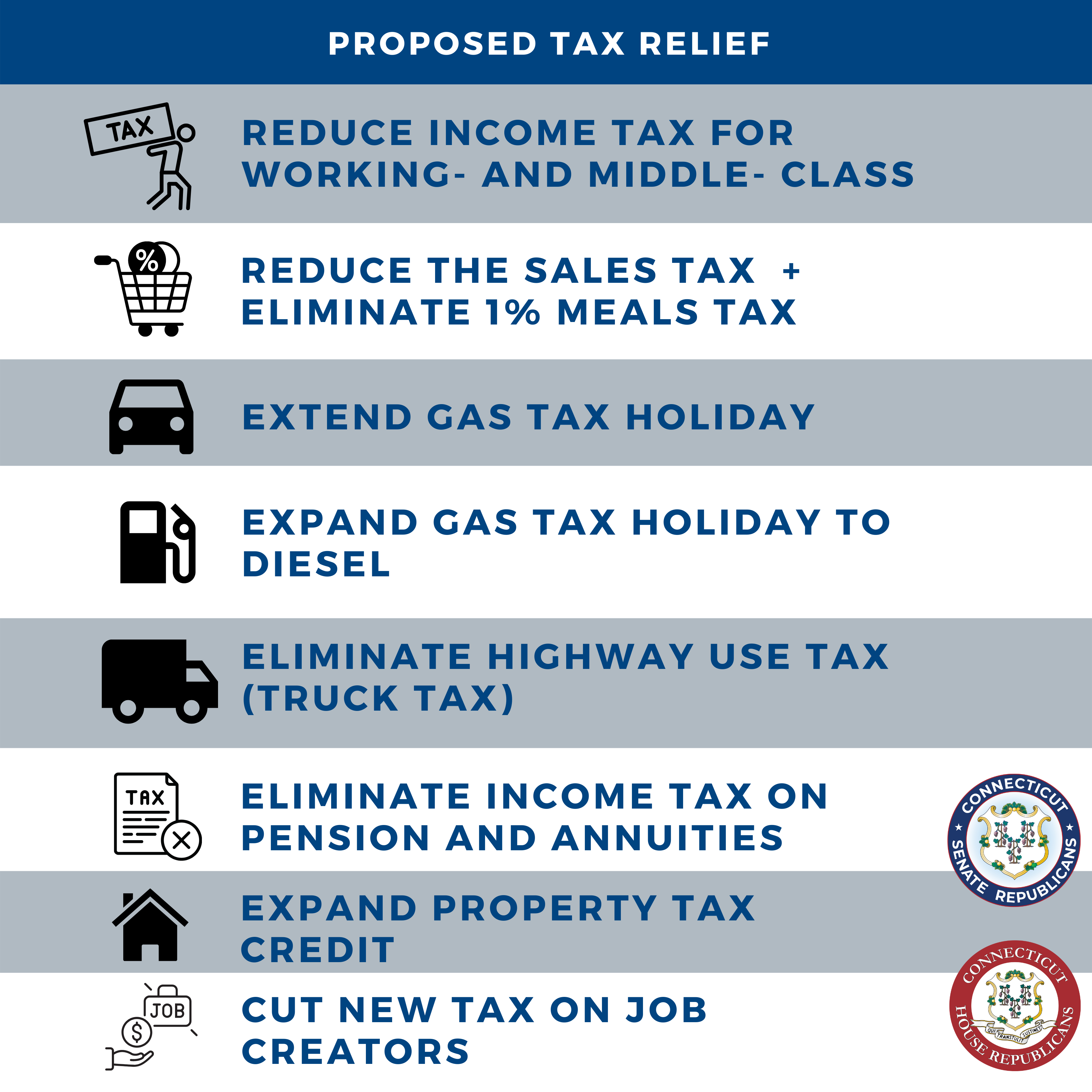 The lawmakers are backing a package of policies to make Connecticut more affordable for working- and middle-class families, which includes providing relief from rising energy costs as well as cutting the income tax, sales tax, and taxes that drive up the prices of food.

“Connecticut is unaffordable and growing more unaffordable by the day,” said Sen. Kelly. “At the same time, Connecticut is overtaxing its residents. While state revenues surge because of inflation, household budgets are strained to the breaking point. The overtaxation of CT residents must be returned to taxpayers. CT Democrats voted against significant and long-term tax relief during the legislative session, instead opting for only short-term rebates for a select few. Meanwhile, the pain has not stopped for CT residents and families. It’s only gotten worse. State revenues have further increased; but as government gets richer, CT families are experiencing more pain. They need further relief.”

“Every resident of Connecticut is facing the financial squeeze that has come as a result of poor policy decisions mixed with historic inflation,” Rep. Perillo said. “While our state budget surplus continues to swell from inflation driven tax revenue, it comes at the detriment of our taxpayers. We are calling on the majority party to join in our solution, An Affordable Connecticut, which would provide our residents with hundreds of millions in immediate relief.”

“As inflation grows, so do the concerns of Connecticut residents in the face of financial hardship,” Rep. McGorty said. “It is confusing how Democrats in the legislature and in the governor’s office can justify continuous tax increases, despite unprecedented federal funds coming into the state, and special taxes on diesel and trucks that will only increase costs for consumers and make Connecticut more unaffordable and unfriendly to businesses. While Connecticut residents are making difficult decisions whether to fill up their tank, buy groceries, or heat their homes, Democrats are touting a record surplus without returning that money to middle- and working-class families who need it most. I hope that the majority party and its leadership will answer our calls for delivering relief to already-burdened taxpayers across the state.”

CT Republicans proposed a $1.2 billion tax relief package during the regular 2022 legislative session, but every Democrat in the state legislature voted against the tax reductions. CT Republicans are now proposing to utilize $746.2 million in remaining state surplus funds to provide this relief. This requires no budget cuts, preserves a historic $2.85 billion in additional contributions to pay down on pension debt, and maintains a record breaking $3.3 billion in the budget reserve fund – the maximum amount allowed.

Read the plan at AffordableConnecticut.com.